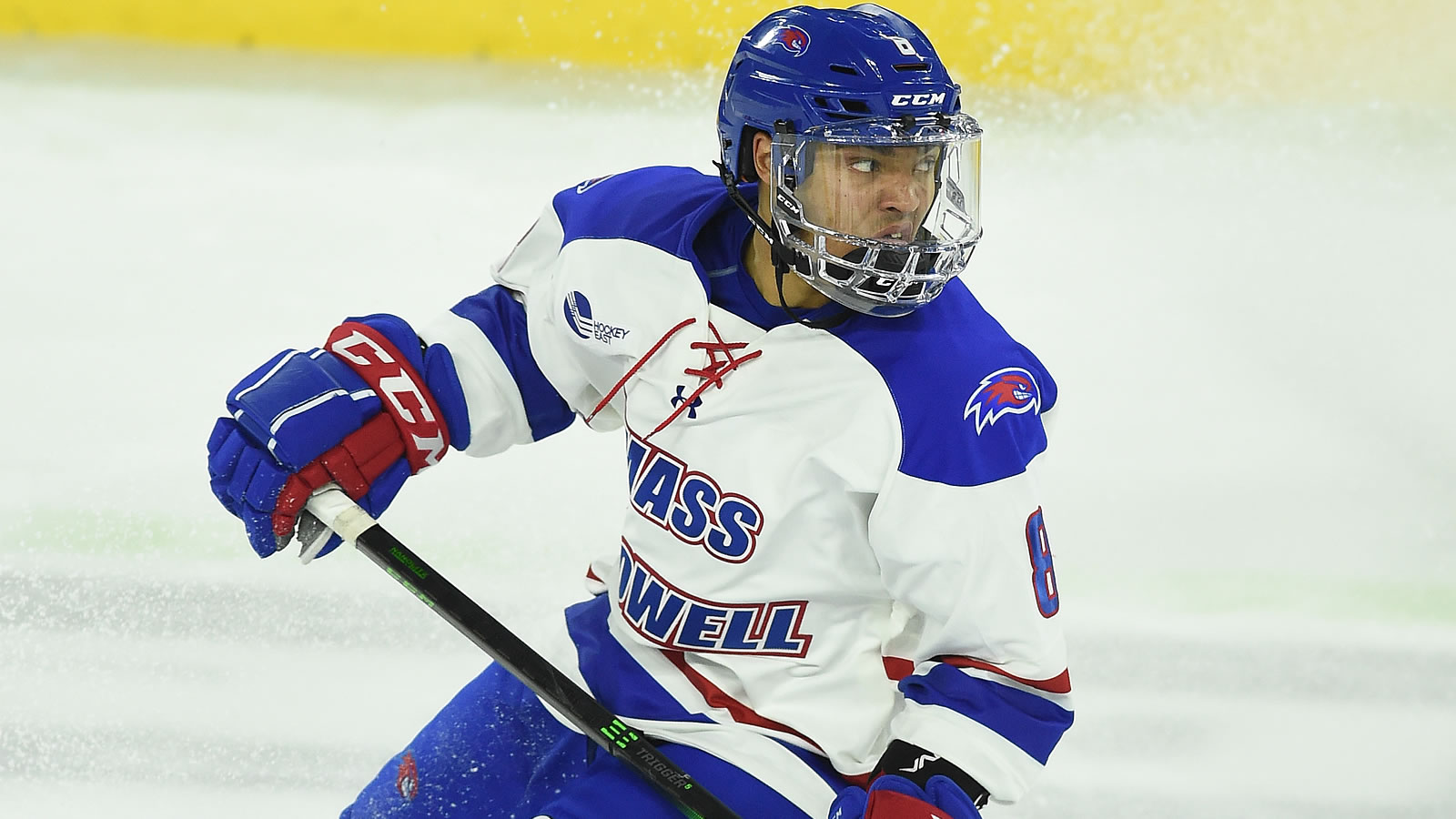 Between the pipes, senior Owen Savory (Cambridge, Ontario) picked up where he left off in December, stopping 20 shots en route to his 11th win of the season.

"I'm proud of the way the guys battled for each other another quality hockey East opponent. We started off slow, but Savory was solid while we got some type of rhythm. Our 16-day layoff was evident throughout the night," remarked Head Coach Norm Bazin. "Our penalty kill was timely, especially the efforts by Kaiser and (Reid) Stefanson. Special teams played a big part in the game. I thought Armstrong's shorthanded goal was key. I was glad to see him get rewarded; He has been practicing well this week. Now, we try to recover and come back with another strong effort tomorrow."

Berglund struck first for the River Hawks just over eight minutes into the action. Grabbing the crisp cross from fellow countryman and classmate Andre Lee (Karlstad, Sweden), Berglund hit a quick shot past the blocker of Maine's Connor Androlewicz to spark the first-period offensive onslaught.

A Maine power play late in the period brought out the UMass Lowell penalty kill unit. No stranger to a short-handed goal, the crew went to work as Kaiser intercepted a pass in the defensive zone. Kaiser got pinned to the boards as he traveled up the ice, which sent the puck loose to a nearby Armstrong-Kingkade. The winger controlled the disk and cruised towards the net, firing in the shorthanded tally for the second goal of the period.

Minutes later, the sophomore forward found his way back to the scoring column. After a shot from senior Lucas Condotta (Georgetown, Ontario) ricocheted off the pad of Androlewicz, Armstrong-Kingkade was quick to the chase, tucking in the rebound to put the River Hawks up 3-0 heading into the first intermission.

Maine ended its offensive stalemate early into the second with Jacob Schmidt-Svejstrup sneaking one past Savory just under five minutes into the frame. The River Hawks battled back with 15 shots on goal to the Black Bears' seven.

The shot differential eventually paid off for UMass Lowell, as the team extended its lead back out to three thanks to a tally by Meehan with 13 seconds left in the period. Corralling the puck off a pass from Kaiser, Meehan centered himself under the blueline and rocketed in a long-range puck that deflected off a Maine stick into the net to send the home squad into the final break up 4-1.

Special teams went to work in the final 20 with all three third period goals coming on the power play. Maine's Nolan Renwick lit the lamp first in the frame after an unlucky bounce in the slot beat Savory to close in on UMass Lowell's lead. The battle to hold off the visiting squad ensued as the River Hawks fought off the late-game pressure from the Black Bears.

Back-to-back Maine penalties with less than five minutes to play gave UMass Lowell the opportunity it hoped for as it went on the 5-on-3 advantage. Sitting just behind the net, Brushett stopped a wide shot from junior Reid Stefanson (Winnipeg, Manitoba) and stuffed it past the Black Bear netminder to reclaim the three-goal lead with 3:05 left on the clock.

Maine pulled their goaltender in favor of the extra man as a late penalty put the River Hawks down a skater for the remainder of play. Despite a Black Bear goal with under a minute to go, the River Hawks held off the comeback attempt to claim their first victory of the new year.

UMass Lowell returns to the friendly confines of the Tsongas Center on Saturday night searching for the season sweep over the Black Bears. Puck drop for the NESN Game of the Week is set for 7:05 p.m.