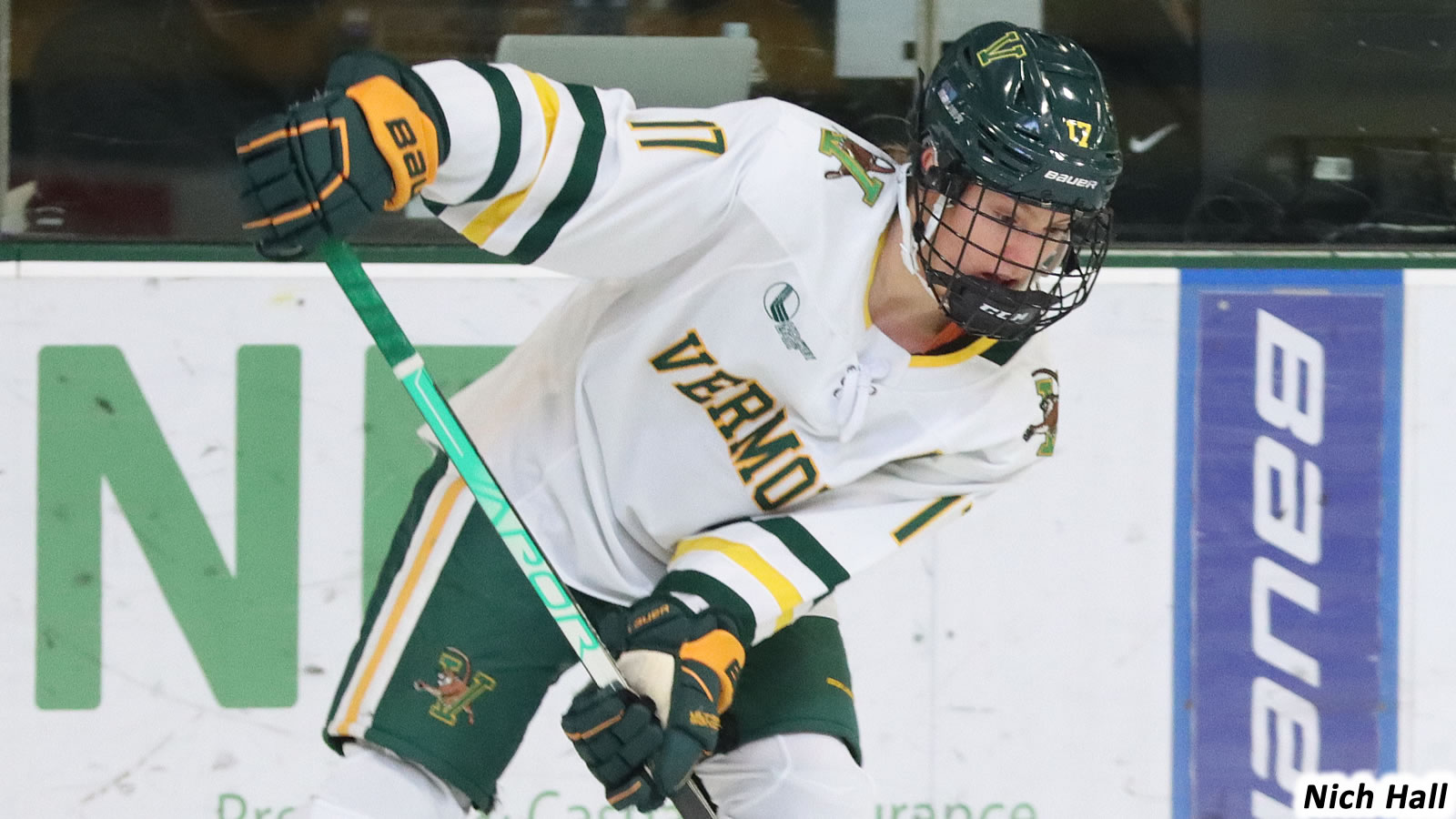 "It's good to continue to see our team be able to play our game no matter who's in the lineup," Head Coach Jim Plumer said. "I'm grateful for UVM and our medical staff in particular for taking such great care of our players during this difficult time and for allowing us to keep playing. It was great to have Jessie McPherson back and she played well this afternoon. Credit to Holy Cross for a very gritty effort, especially in the second and third period and I look for us to be even more sharp tomorrow."

- Schafzahl opened the scoring for the Catamounts on their first power play of the afternoon. Maude Poulin-Labelle fired a cross-ice pass from one faceoff dot to the other and Schafzahl ripped a wrist shot into a half-empty net. Schafzahl's 11th goal of the season came at 11:12 mark of the period and was also assisted by Kristina Shanahan.

- With 2:08 to go in the opening frame Schafzahl struck again on an almost identical power play goal. Again Poulin-Labelle found her alone with a cross-ice pass and Holy Cross goaltender Jada Brenon had no chance on the play. This time Ellice Murphy earned the secondary assist.

- After a good pushback effort from Holy Cross in the second period the Crusaders were rewarded with a goal with 5:24 left in the second period. Off an offensive zone faceoff win Sommer Ross cut into the slot and fired a shot, it was blocked by a Vermont defender but the rebound went right back to Ross and she beat UVM's Jessie McPherson with a quick release.

- Just 1:59 into the third period the Catamounts reestablished their two-goal advantage with Reagan Miller's second goal in as many games. A Hailey Burns one-timer in the slot missed wide but went right to Miller who was able to stash it home quickly before Brenon could react.

- Jessie McPherson made her first start since December 10 and made 20 saves to earn her fourth Hockey East win of the season.

The Catamounts and Crusaders are back at it tomorrow afternoon at 1 p.m. The regular season finale between the two clubs will again air on CollegeSportsLive from the Hart Center.