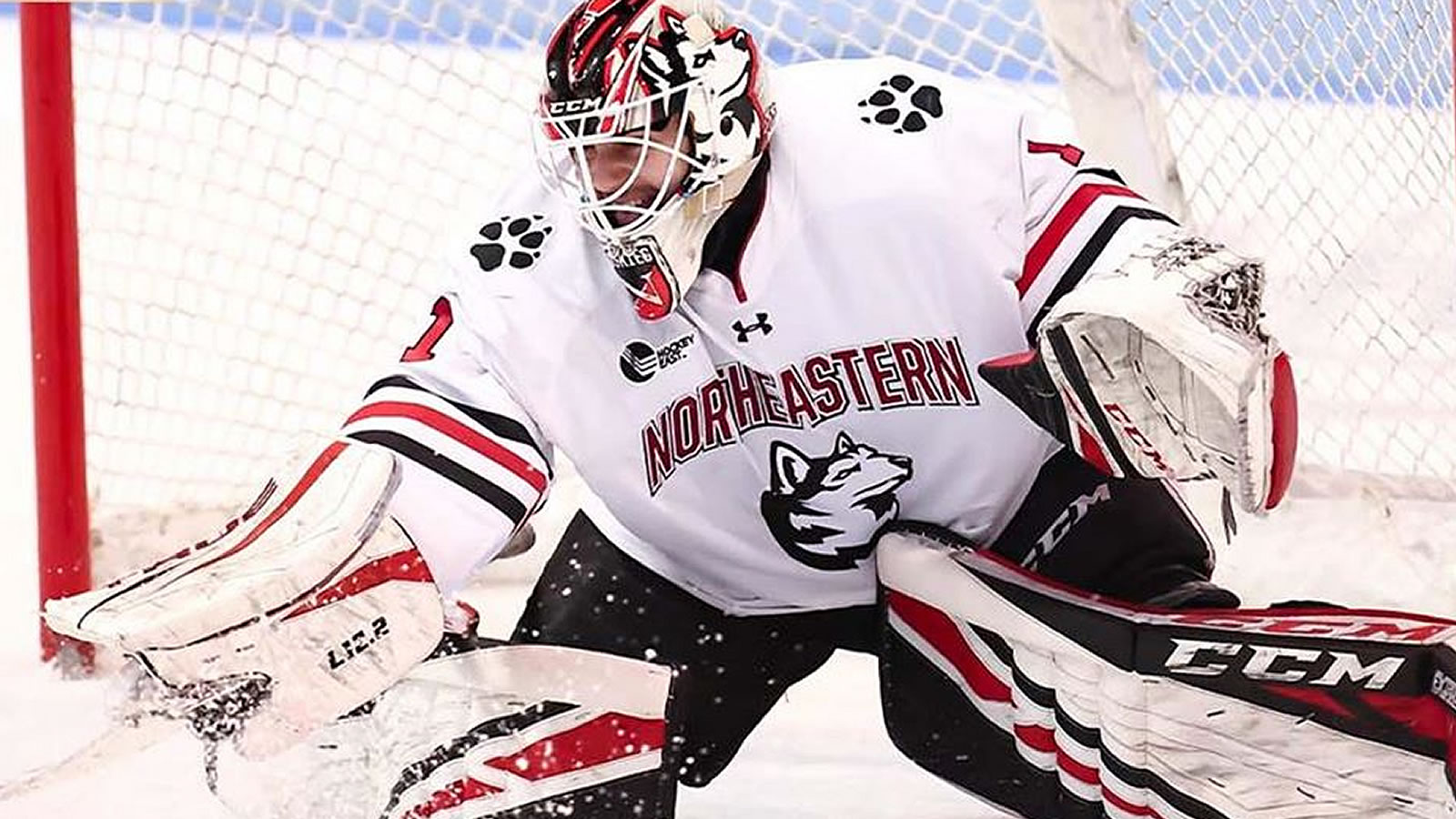 BURLINGTON, Vt. - The no. 12/13 ranked Northeastern men's ice hockey team (16-5-1, 8-3-1) took down the Vermont Catamounts (3-14-2, 2-7-2) by a score of 4-0 on Tuesday night at Gutterson Fieldhouse. The Huskies got a goal in each of the first two periods, and capped the game off with two third-period goals, while Devon Levi stopped all 27 shots from UVM for his ninth shutout of the season.

- The Huskies got the scoring started early with 6:14 into the first period on a nice passing play from Ty Jackson (9) to Jeremie Bucheler (7), finding Jordan Harris (3) wide open atop the right faceoff circle where he fired a one-timer past the UVM netminder for the 1-0 lead.

- The Northeastern defense held strong stopping all 10 UVM second-period shots on net to preserve the shutout; Northeastern's lone goal in the period came on the power play as Aidan McDonough (16) fired a wrist shot from the right side on a power play rush to extend the lead.

- Two goals came in the final period from Sam Colangelo (5) and Justin Hryckowian (4). Colangelo's even strength goal extended his point streak to three games, and Hryckwoian's goal came on the power play, tipping in a wrist shot from Gunnarwolfe Fontaine (10).

- Devon Levi's ninth shutout of the season is tied for sixth all-time in NCAA history for shutouts in a season; nine shutouts is the third-most by an NCAA goaltender, with two other goalies reaching nine, four others posting 10, and the record holder shutting out 12.

The Huskies return to action this Friday and Saturday, January 21 and 22 with a home-and-home series with UMass. Game one on Friday takes place at the Mullins Center at 7 p.m., and both teams return to Boston for Saturday's 7:30 p.m. puck drop at Matthews Arena. Both games will stream on NESN+ and CollegeSportsLive.