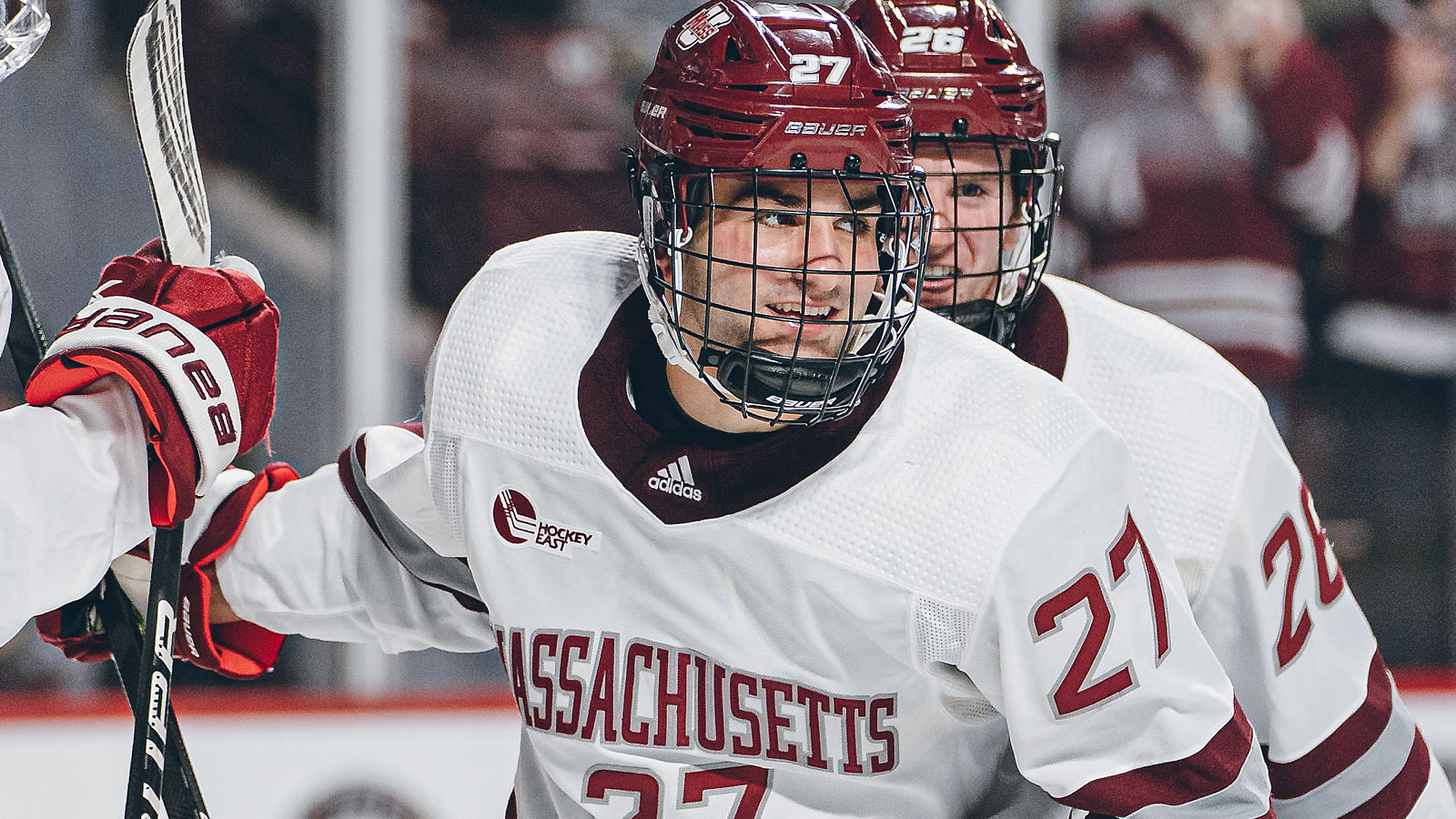 "I was very pleased with our effort tonight," said UMass head coach Greg Carvel. "It was a good 60-minute game. It looked like UMass Hockey against a really good Northeastern team. I liked the 60 minutes. We scored the two goals quickly in the second. I didn't like allowing them the goal right after that. And I liked in the third, they scored on the power play and our guys kept playing hard and did a good job salting the game away. I think Matt Murray was quietly solid. As I tell him, 'you keep it to two and we'll find a way to score three' and that was the case tonight."

After a scoreless first, sophomore Oliver MacDonald put UMass on the board 7:24 into the second period, picking up the puck from freshman Ryan Lautenbach, skating into the Northeastern zone and ripping a shot past Devon Levi.

The Minutemen promptly made it a 2-0 margin. Just 32 seconds later, Josh Lopina finished off a pass from seniors Garrett Wait and Bobby Trivigno at the net front for his fourth of the season.

Northeastern took one of the goals back at the 10:45 mark with Jordan Harris sending a shot from the top of the right faceoff circle through a screen from Gunnarwolfe Fontaine and Tommy Miller.

UMass regained its two-goal cushion 16:29 into the second with Anthony Del Gaizo lifting a puck over Levi's shoulder off a dish from Cal Kiefiuk and Scott Morrow behind the Huskies' net.

Justin Hryckowian then made it a one-goal game, converting on the power play from Sam Colangelo and Fontaine, 4:45 into the third period, but the Minutemen held off Northeastern the rest of the way as Murray finished the night with 26 saves to improve to 11-6-2 on the year.