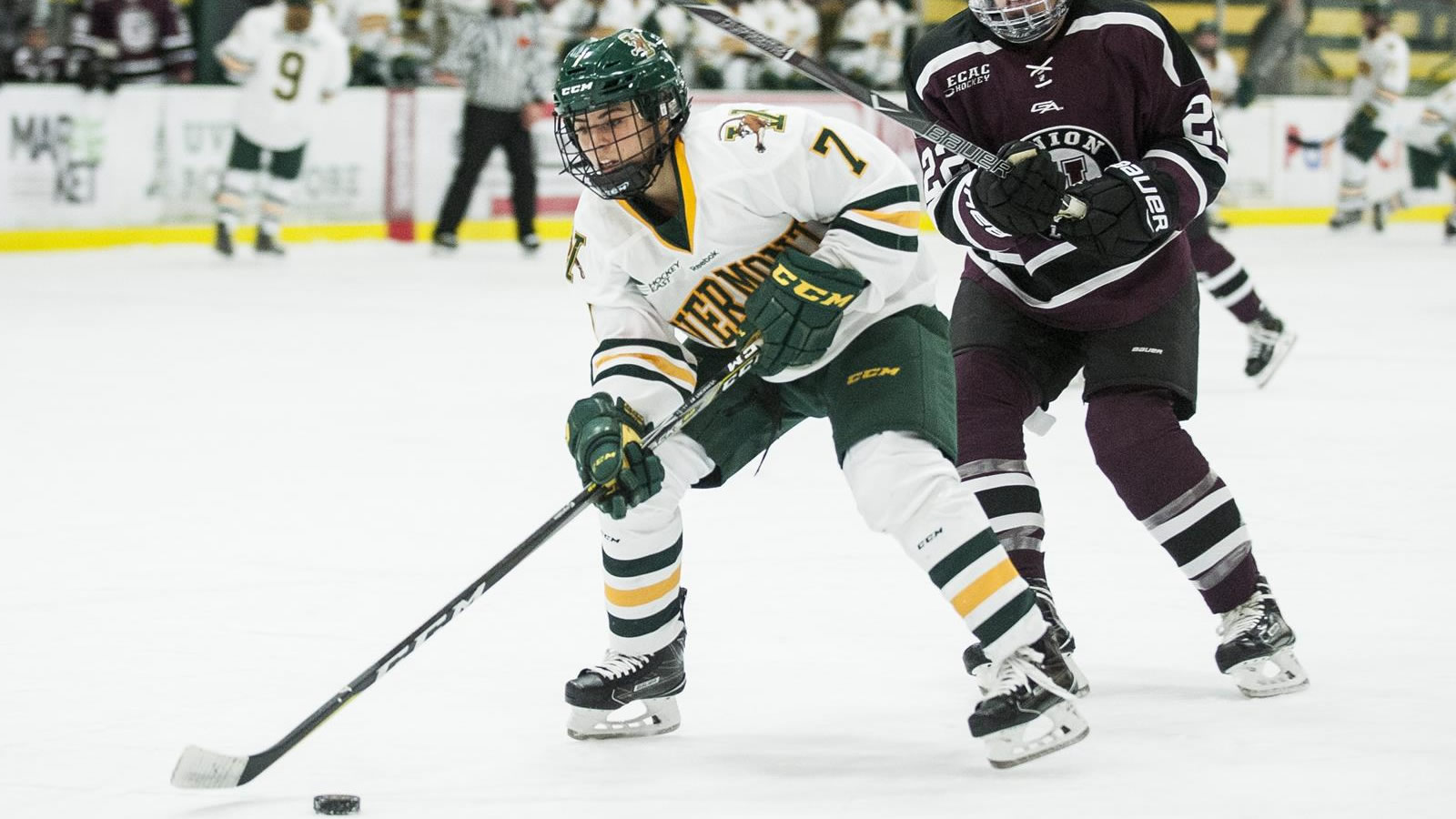 "What a gritty effort by our team tonight in front of a great crowd," said Head Coach Jim Plumer. "Providence played us very tough and didn't give us a lot of time and space. Jessie McPherson was outstanding all night and we got three timely goals. It's been a crazy few weeks and I'm proud of our resilience. We will have to be even better tomorrow if we want to keep this rolling."

- After a scoreless first period, Corinne McCool nearly got the Catamounts on the board with a breakaway scoring chance 1:43 into the middle frame. The UVM senior faked right and tried to stretch the puck past the leg of Sandra Abstreiter (20 saves) who turned it away.

- Vermont would capitalize on a partial breakaway minutes later when Shanahan netted her ninth goal of the season. Sara Levesque directed a stretch pass to Shanahan who neared the Providence goal on the rush. Shanahan was pulled down by a Friar defender, but snuck a shot past the PC goaltender as the net was coming off its moorings. Originally called no goal, the call on the ice was overturned after a lengthy review. Alyssa Holmes was credited with the secondary assist on the goal.

- Providence was close to getting the tying goal with 7:12 left in the second period when UVM netminder Jessie McPherson (25 saves) denied Lindsay Bochna on a breakaway opportunity.

- The Catamounts held off the Friar attack for the majority of the third period, but Lauren Deblois cut the deficit to 2-1 with 52 seconds remaining. Isabelle Hardy fired the initial shot and Deblois poked home the loose puck for her first goal of the season. Claire Tyo had the secondary assist on the goal that was scored with an extra skater.

- Providence had one more shot to score the equalizer, but Vermont broke the puck out of the zone and Theresa Schafzahl buried the empty-net goal. Shanahan and Levesque assisted on the insurance marker that came with eight second left in regulation.

- Schafzahl, McCool, and Ellice Murphy each registered a team-high three shots on goal for the Catamounts.

- Levesque had a game-high four blocked shots, with three of her blocks coming in the third period. The junior slid in front of a heavy one-timer with 4:23 remaining, and halted a last-minute shot by Hayley Lunny.

- McPherson's 25 saves are tied for the second-most this season. The sophomore had a season-high 28 stops against Syracuse (Nov. 27).

Vermont and Providence square off once again on Saturday (Jan. 22) at Gutterson Fieldhouse at 3 p.m. Tickets are available for purchase at UVMathletics.com/Tickets or by visiting the Gutterson Fieldhouse Box Office on gameday. Saturday's Hockey East matchup will broadcast live on CollegeSportsLive.com with Rob Ryan on the call.