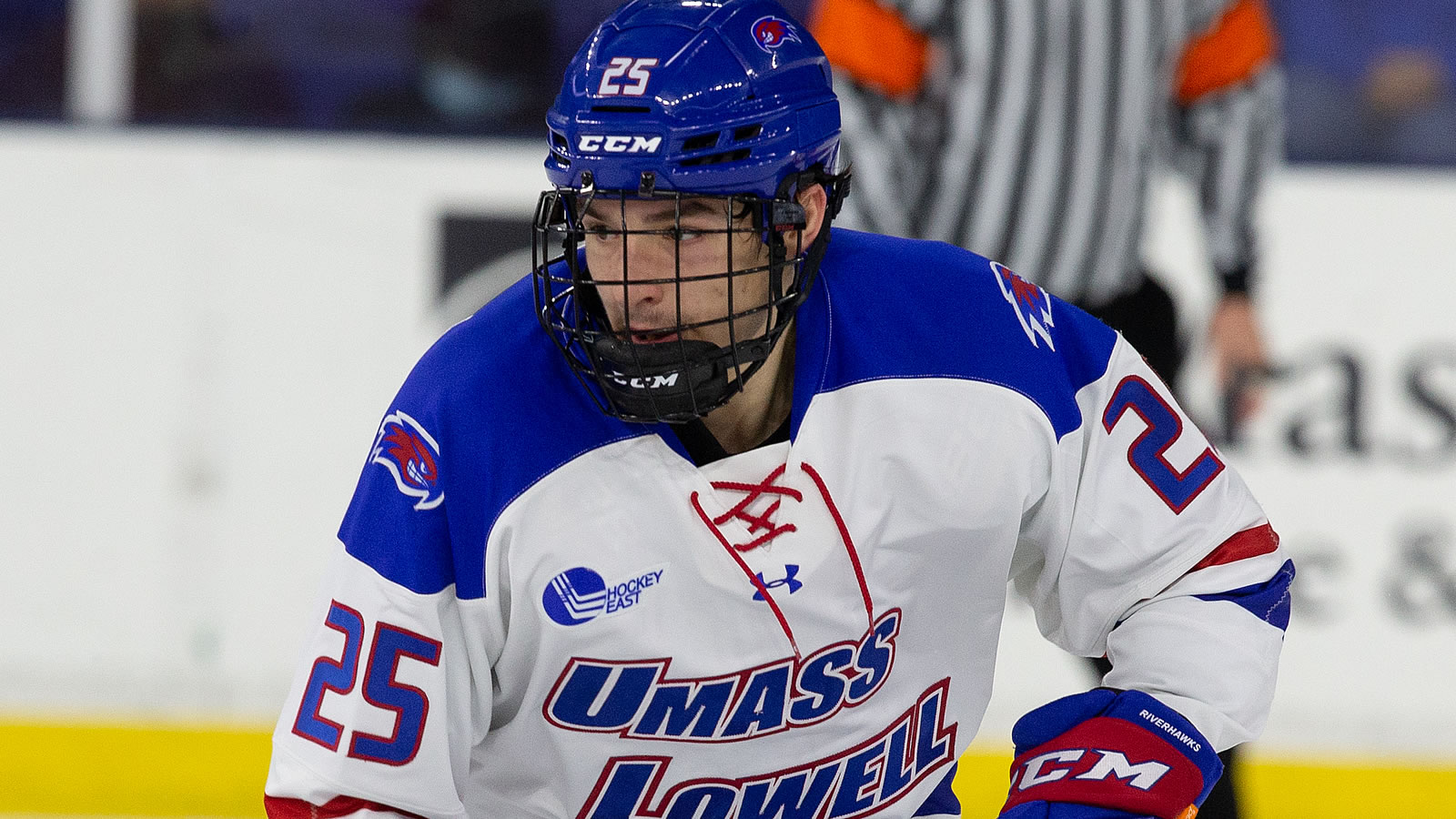 "Today's road victory was a collective effort by all involved. We had contributions from two freshmen and managed to lock things down defensively," remarked Head Coach Norm Bazin. "Savory made timely saves and seemed to get better as the game progressed. We will now prepare for our next opponent."

A tightly contested first period kept both teams in a back-and-forth battle, with both squads registering 10 shots apiece. Despite the offensive balance, however, the River Hawks broke through at the midway mark as they came off the power play.

Taking a shot from the point, freshman Cole bounced one off a Huskies defender. Picking up the rebound, Engum centered the puck at the blueline and sent it out to Owens in the wing. The rookie forward then fired a shot over the left pad of Northeastern's TJ Semptimphelter to put UMass Lowell up one heading into the first break.

Strong forechecking in the second kept the River Hawks in the offensive zone and set the squad up for their second of the night. Scrambling to steady the puck, the Huskies lost control deep in their zone. Set up in front of the net, Crasa scooped up the wild deflection off the boards and skillfully dangled the puck around the pad of the Huskies' netminder for an unassisted tally.

A lucky bounce moments later allowed Northeastern to momentarily halt the quickly advancing Huskies and slice the lead in half heading into the final 20.

Stalwart defense and impressive goaltending by Savory shut down Northeastern as they fought to find the back of the net in the third. In a last ditch effort to force extra time, the Huskies pulled the goaltender in favor of the extra man, but they ultimately fell short as the River Hawks picked up the 2-1 decision and three points in the conference standings.

The River Hawks get a brief break from the action before returning to the Tsongas Center on Sunday, Jan. 30, for a matinee matchup with in-state rivals Massachusetts. Puck drop is set for 1 p.m.