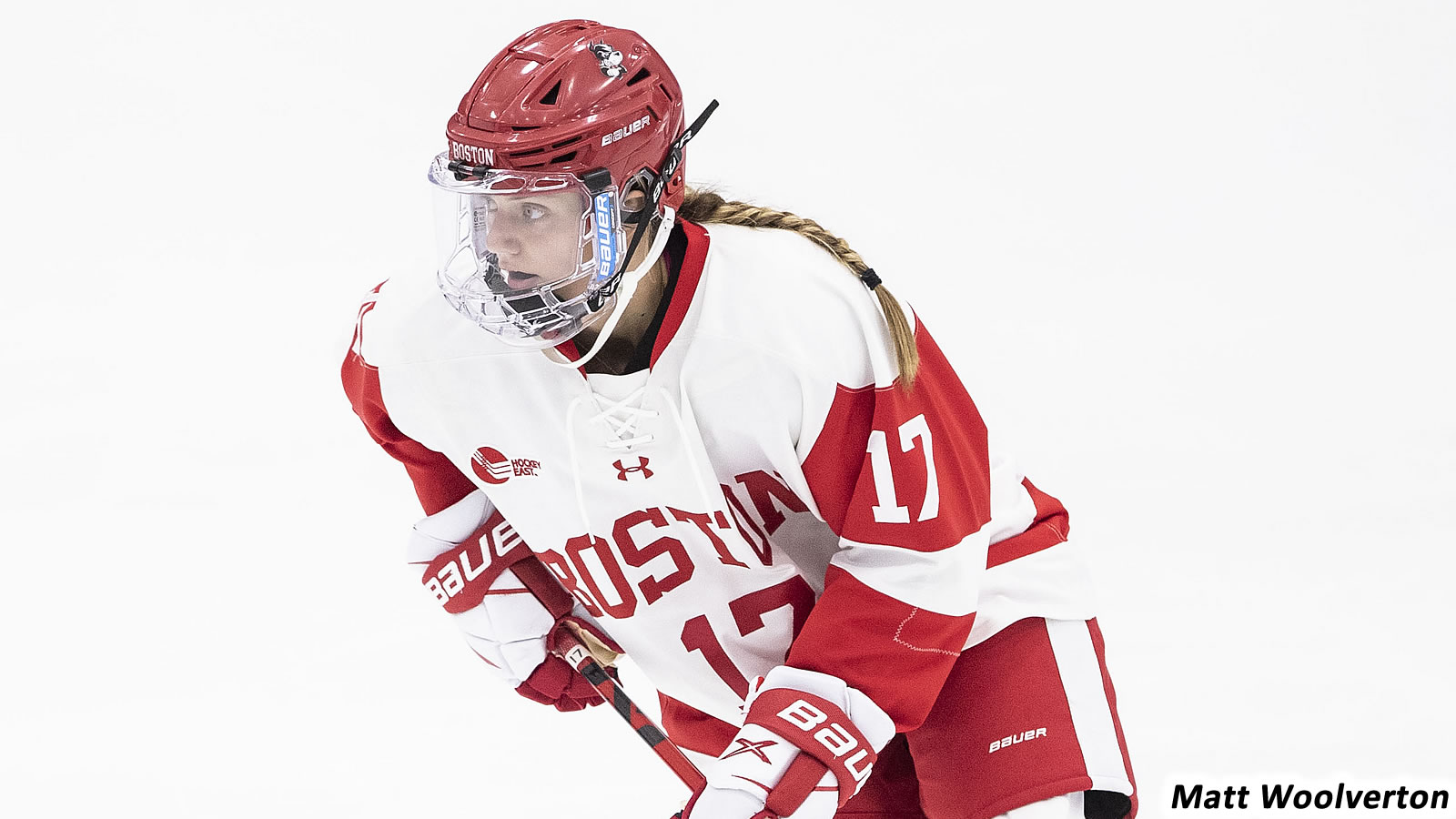 BOSTON - The Boston University women's ice hockey team dropped a 4-1 contest to No. 6/8 Harvard in the semifinal round of the 43rd Women's Beanpot on Tuesday at Matthews Arena.

The teams entered the third period in a 1-1 deadlock before back-to-back goals by Harvard's Anne Bloomer pushed her team to the victory.

Senior Kate Stuart made a career-best 45 saves and sophomore Lacey Martin scored the lone goal for the Terriers, who were attempting to reach their fourth straight Beanpot final.

- Harvard had the upper hand in possession and chances in the first period but nothing to show for it as the teams were scoreless heading into the first intermission.

- The Crimson, however, did open the scoring early in the second when Taze Thompson took a cross-slot pass from Brooke Jovanovich and placed the puck between Stuart's legs and in at the 1:14 mark.

- The Terriers committed back-to-back penalties in the middle stages of the second but Harvard was unable to extend its lead on either power-play opportunity.

- BU got the equalizer it was looking for with 3:53 remaining in the middle period as a slick drop pass by junior Haylee Blinkhorn at the left post found an open Martin in the crease and the sophomore pushed the puck in to make it a 1-1 contest.

- The first half of the third period was a back-and-forth battle with each team getting a chance on the power play.

- Neither team converted but the eventual game-winner came a minute after returning to 5-on-5 play as Bloomer scored from the slot off the rush with 10:39 left in regulation.

- The junior gave her team a 3-1 lead just under six minutes later when she sent a shot from the left circle off the far post and in.

- Harvard created the 4-1 final when Kristin Della Rovere capped the scoring with 3:25 to play.

- The penalty kill units were strong on both sides as Harvard was 0-for-4 on the power play while BU was 0-for-2.

- Becky Dutton earned the win in goal with a 21-save performance.

- The Terriers will return to action on Friday (Feb. 4) when they host UConn.

- Game time at Walter Brown Arena is set for 7 p.m.