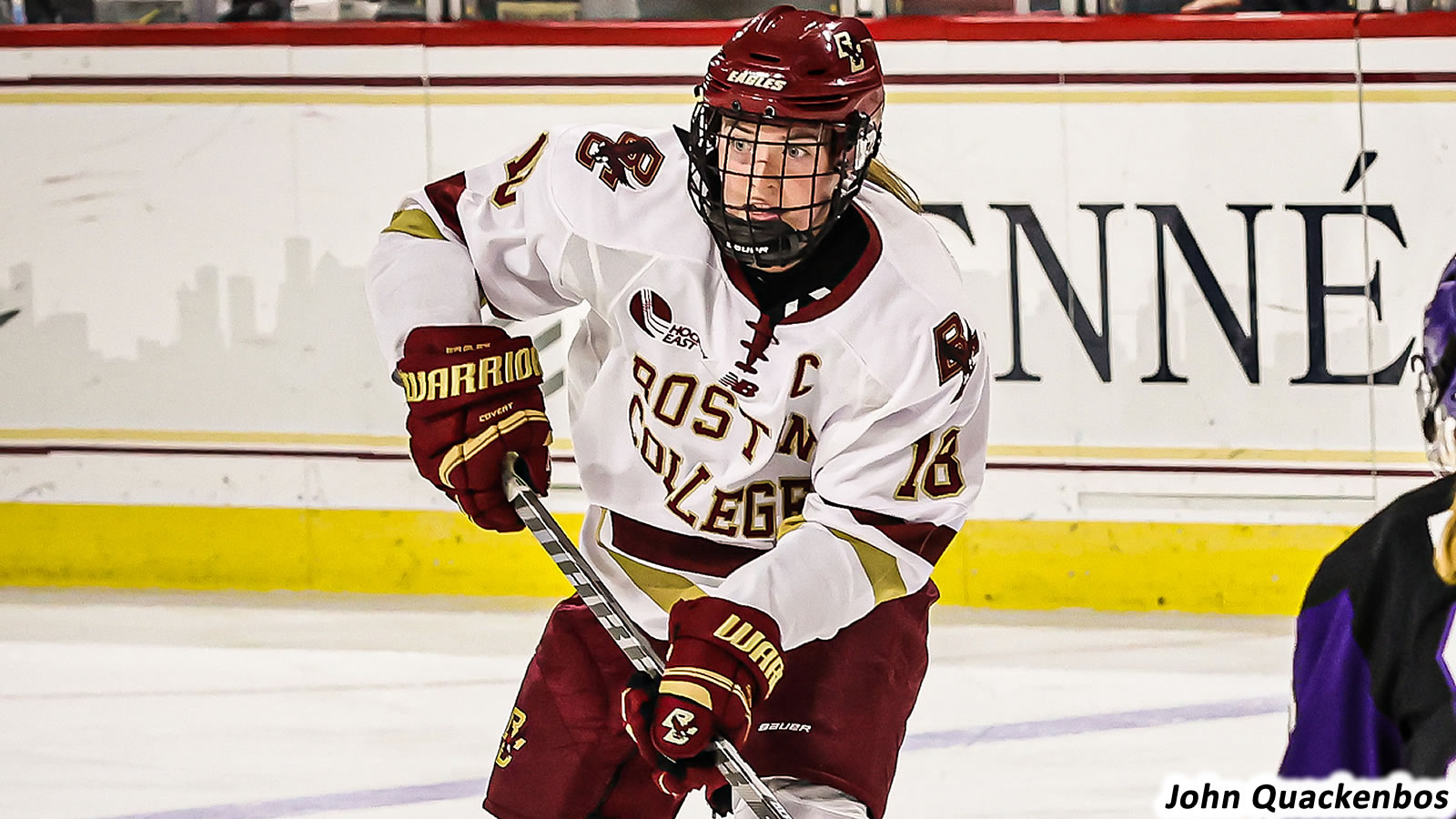 DURHAM, N.H. - Kelly Browne had three points on one goal and two assists while Alexie Guay had three assists as the Boston College women's hockey team topped New Hampshire, 5-3, on Friday night at the Whittemore Center. Hannah Bilka and Abby Newhook both chipped in one goal and one assist.

UNH opened the scoring midway through the first period but the Eagles responded twice before the break for a 2-1 lead. BC extended the lead to 4-1 in the second period, only to see UNH score twice in the first seven minutes of the third to make it a one-goal game. The Eagles, though, added an insurance goal late for the final 5-3 score.

- Abigail Levy finished with 23 saves for the Eagles.

- Alexie Guay finished with three assists to push her point streak to six games ... it's the first time a BC defender had three assists in a game since Guay did it in a win over Holy Cross on Jan. 31, 2020.

- Hannah Bilka finished with two points on one goal and one assist to extend her point streak to six games.

- Browne's goal marked the seventh game-winning goal of her career and her third against UNH.

- Abby Newhook recorded two points on one goal and one assist to extended her goal-scoring streak to six games.

- Jillian Fey recorded her fifth assist of the season, tying a single-season career-high set as a sophomore ... her assisted marked her third career game-winning assist.

- Michaela Boyle scored her first goal as an Eagle and 38th of her career.

- With the victory, BC pushes its winning streak to six games ... it is the second time this season that the Eagles have won six consecutive games.