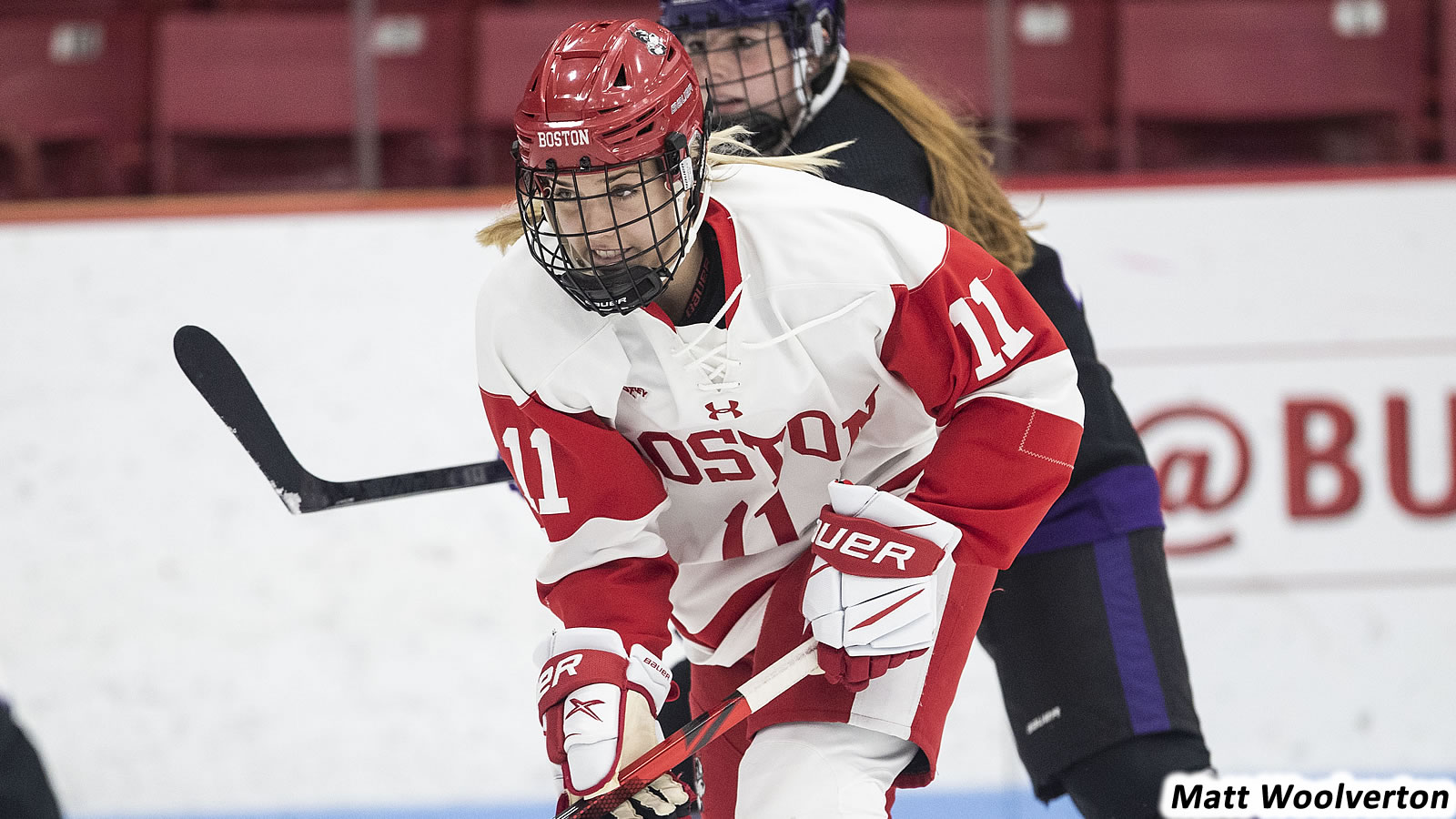 BOSTON - Senior Mackenna Parker scored the game-tying goal and added the shootout winner to help the Boston University women's hockey team earn an extra Hockey East point after a 1-1 draw with No. 10 UConn on Friday evening at Walter Brown Arena.

Freshman Callie Shanahan made 32 saves and was impressive down the stretch, making five big stops in overtime. BU now stands at 10-10-5 on the year and 9-6-4 in Hockey East play.

- After a scoreless opening period, UConn opening the scoring with a goal from their top line midway through regulation.

- From behind the BU goal, Danielle Fox found Viki Harkness in the left circle, where she converted for the 10 lead at 9:55 of the second.

- The Terriers got an equalizer less than four minutes later while skating shorthanded as Parker broke up a play and skated in along the right side before tallying her ninth goal of the season.

- BU outshot UConn, 11-3, in the third period and got a power-play chance at 5:39 of the stanza but could not muster a go-ahead goal.

- A Terrier penalty in the final second of regulation allowed the visitors to start overtime with a 4-on-3 advantage.

- The difference in the extra session was Shanahan, who made three impressive stops on the UConn power play before adding two more to send the contest to a shootout.

- Shanahan made saves on both UConn shootout attempts she faced and freshman Kylie Roberts was the only one to convert through the first two rounds.

- BU was 0-for-2 on the power play but successfully killed off all three of UConn's power plays.

- The teams combined for just six goals in their three-game season series as UConn earned 1-0 and 2-1 wins back in November.

- The Terriers will return to action on Saturday (Feb. 5) when they visit archrival Boston College.