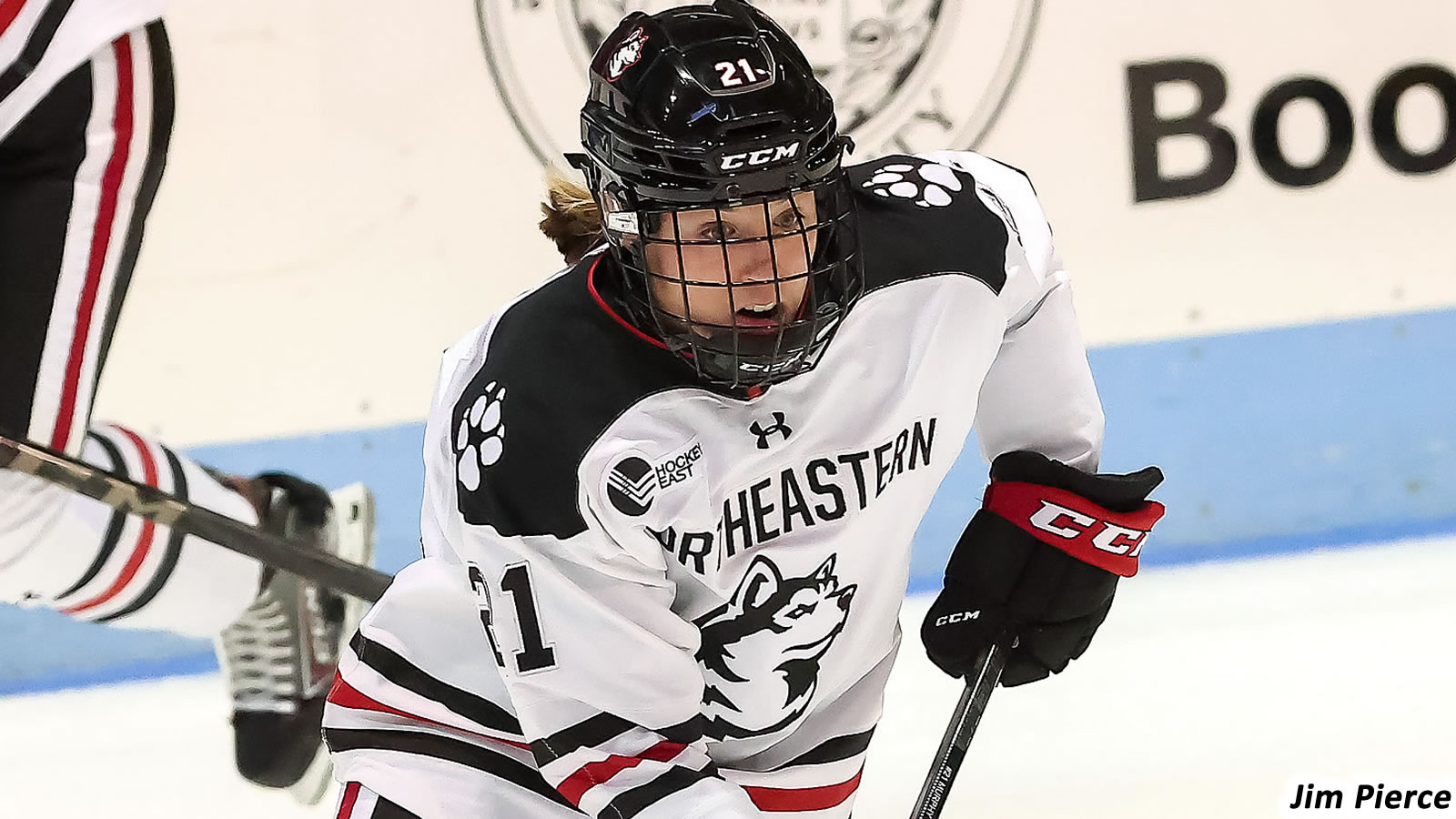 - The Huskies dominated from the get-go with Skylar Fontaine ripping one in just 28 seconds into the contest.

- Maureen Murphy doubled Northeastern's lead at the 5:56 mark of the second period.

- Northeastern erupted for a three-goal third period. Katy Knoll scored just 34 seconds in and Maddie Mills followed up with her own tally at 6:51 to push the lead to 4-0.

- Murphy then tallied her second goal of the game to bring the final score to 5-0. She finished her day with five points off two goals and three assists.

- Skylar Fontaine tallied three points on the day with one goal and two assists. Her two assists pushed her to the 100-assist milestone. She is just the sixth player in program history to reach the mark.

- Aerin Frankel finished with 14 saves in her eighth shutout of the year.