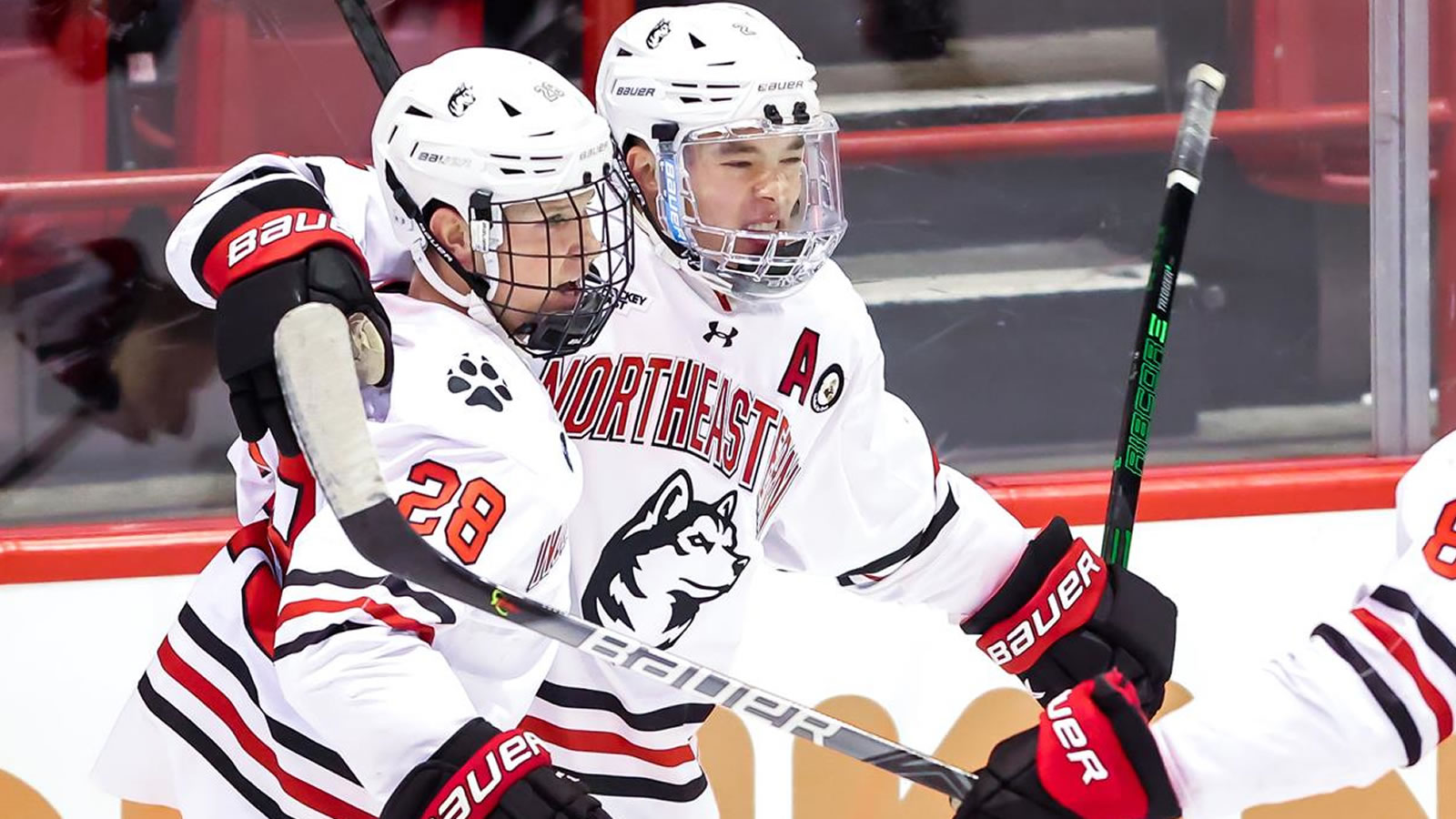 The Huskies were highlighted by the performance of sophomore Sam Colangelo who had his second three-point game of the season (LIU 01/08/22) with one goal and two assists. His goal would go down as the game-winning goal in the third.

- In the second period, the Huskies outshot the Catamounts 14-4.

- Captain Jordan Harris (5) answered Philip Lagunov's early goal in the third period to tie the game at 2-2 with assists coming from Hryckowian (14) and Colangelo (10).

- Two minutes later Assistant captain Riley Hughes (2) would give the Huskies a 3-2 lead.

- Jakov Novak(7) would extend the Huskies lead with 12:14 left to play in the third period with helpers coming from Ty Jackson (11) and Hughes (7).

- Vermont would answer, tightening the score late in the third period with a goal from Jacques Bouquot.

- Colangelo buried his sixth goal of the season with the help of Harris (11) and Matt DeMelis (7) with 1:53 left to play in the third period.

- Vermont pulled their goalie for the extra skater tallying one more goal before the end of the third period.

- TJ Semptimphelter had his first career win and second career start between the pipes tallying 29 saves.

- Northeastern killed off both of Vermont's power plays, killing off 74 of 81 this season ranking them in the top three of Hockey East.

The reigning Beanpot Champions will play Boston College in the opening round of the Beanpot on Monday, February 7 at TD Garden at 8pm. The game will be played on NESN and can be heard on 98.5 The Sports Hub (HD2).