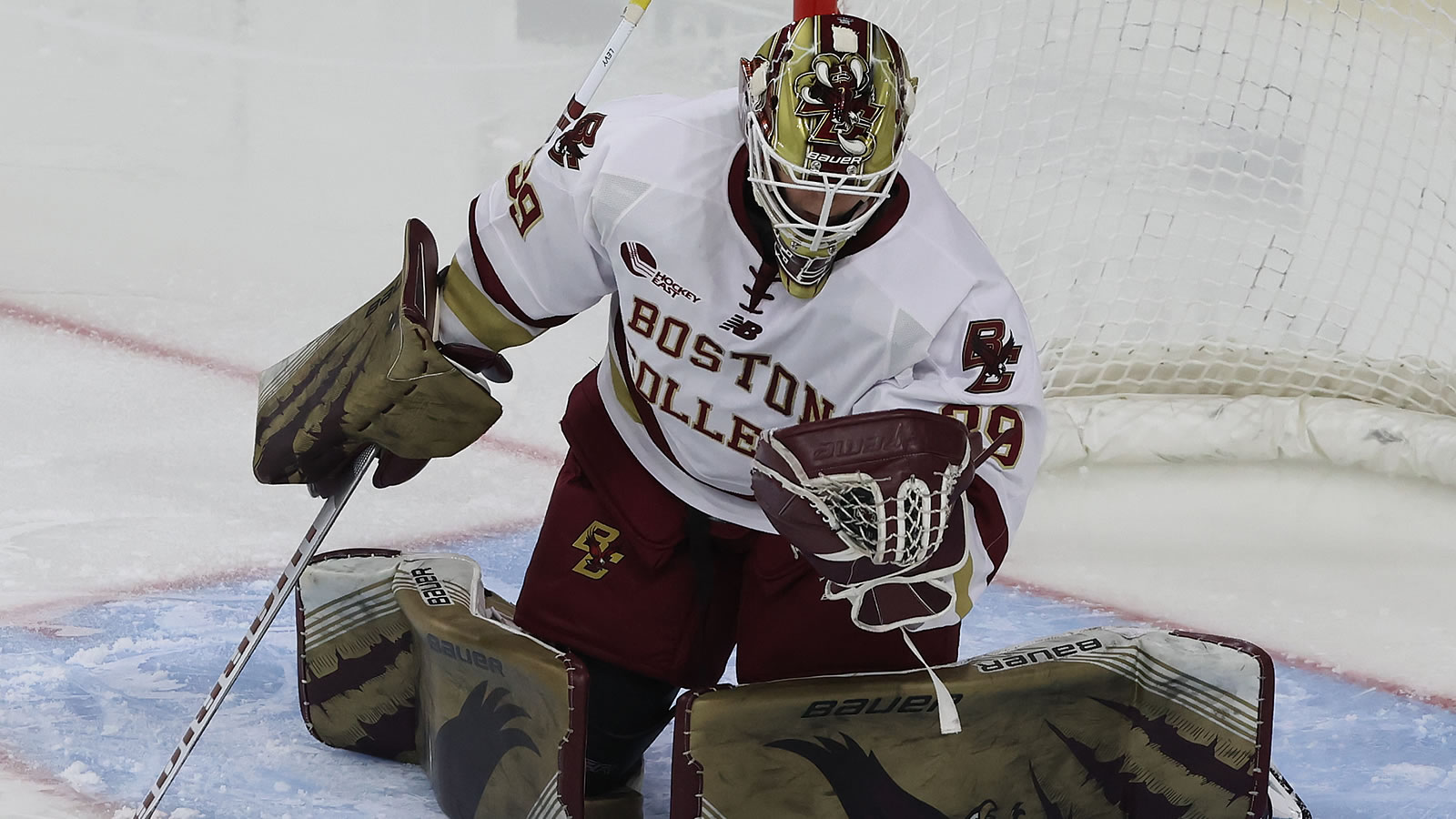 Roy scored her first goal exactly one minute into the game, and then Abby Newhook scored for the seventh consecutive game in the middle frame. Roy got her second of the game midway through the third period - a frame in which Levy made 19 saves.

- Abigail Levy made 32 saves, including 19 in the third period, to earn her first shutout of the season ... it is the 23rd time this season that she has finished with at least 30 saves for the Eagles.

- This marks Levy's third shutout as an Eagle and second against the Terriers ... it was her 11th collegiate shutout.

- Alexie Guay had an assist to push her point streak to seven games ... with her assist, she also tied her career-high in points at 19.

- With the victory, BC pushes its winning streak to a season-best seven games.

- Boston College will take on Harvard in the Beanpot Tournament championship game on Tuesday, Feb. 8.