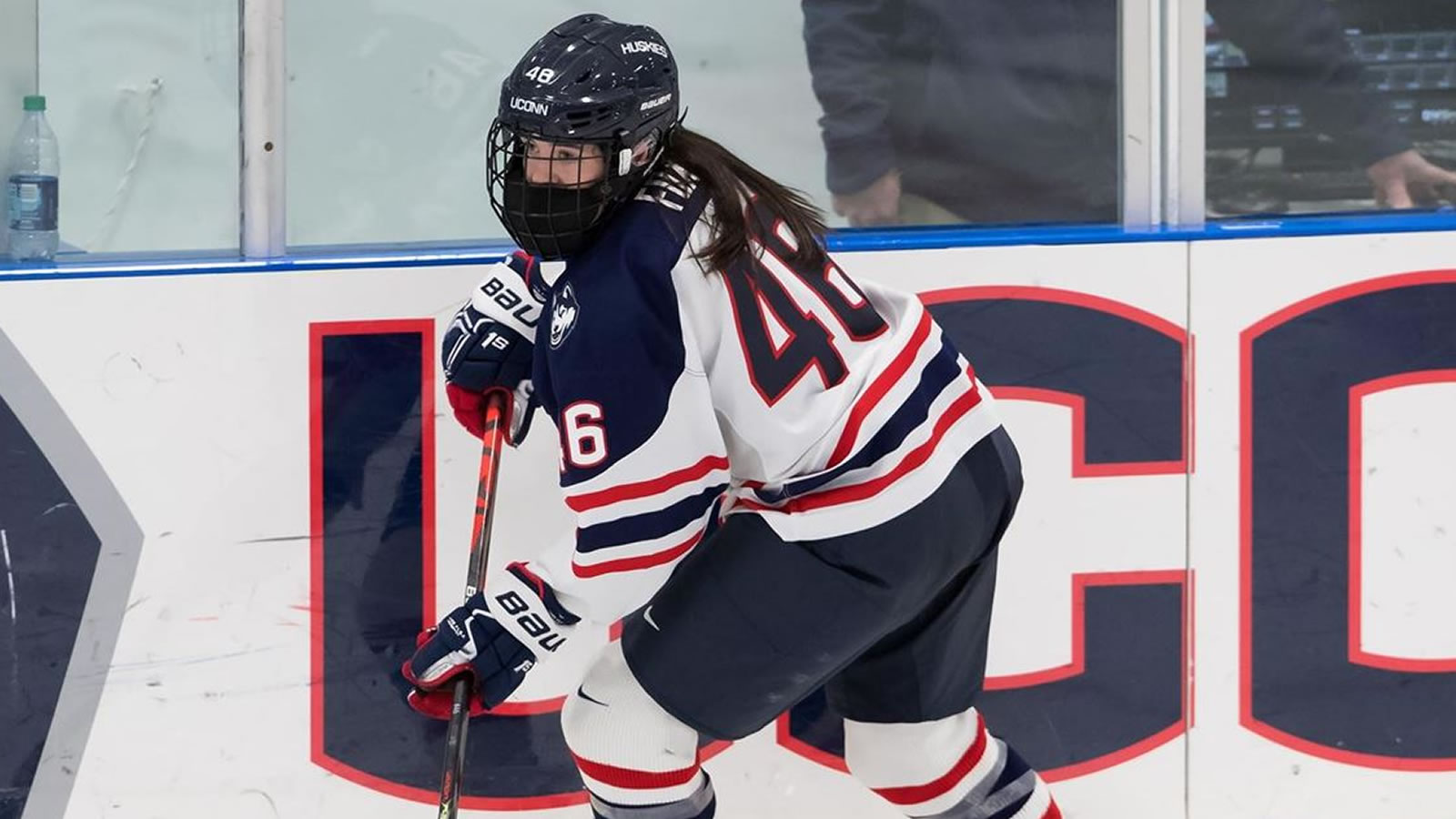 The first period began, and New Hampshire instantly pressured the UConn defense. The Wildcats would take the puck and only one minute into the game score a goal. However, after review, officials deemed a Wildcats player offsides resulting in no goal keeping the game tied at zero. UConn would look to get on the board first with two power play opportunities in the first, but the New Hampshire defense would stay strong killing off both penalties. UConn's best chance of the first period came on a two on one breakout by senior Danielle Fox and sophomore Jada Habisch, however the New Hampshire goaltender would make a lunging glove save to prevent the goal. Both teams would head into the break scoreless. UConn would outshoot the Wildcats in the first period with 13 shots on goal to their four shots on goal.

The second period was all UConn. From the first puck drop the Huskies would gain possession and refuse to let the Wildcats clear the puck from their own zone. UConn would get on the board first as graduate student Morgan Wabick would take the puck behind the net and feed graduate student Natalie Snodgrass who would score. With the assist, Morgan Wabick officially reached 100 career points. UConn would not stop there as sophomore Jada Habisch would fire the puck in front of the net and after bouncing off a few players, senior Danielle Fox would score. UConn would continue to build off the momentum gained and shortly after, senior Danielle Fox would score another goal to give UConn the three-goal lead.

The Third period would once again be dominated by the Huskies. UConn would limit New Hampshire chances, keeping them out of the attacking zone for most of the third period. UConn would eventually extend their lead when senior Danielle Fox would take the pass from senior Viki Harkness and score to not only give UConn the four-goal lead but also give her the hat trick. UConn would not let up, staying solid on the defensive end, and keeping the Wildcats scoreless. Graduate student Natalie Snodgrass and graduate student Morgan Wabick would once again connect with each other giving Natalie her second goal of the day and Morgan her second assist of the day. UConn would take home the victory by a final score of 5-0. Freshman goaltender Megan Warrener get's credit for the shutout. UConn outshot New Hampshire 39-16, while the defense blocked a total of 12 shots. With the win the Huskies improve to 21-6-3 overall and 15-5-3 in Hockey East Action.

The Huskies will return home as they welcome Providence College Friday February 11. The game will also be the Huskies annual Skating Strides game. Puck drop is scheduled for 6:00 p.m.