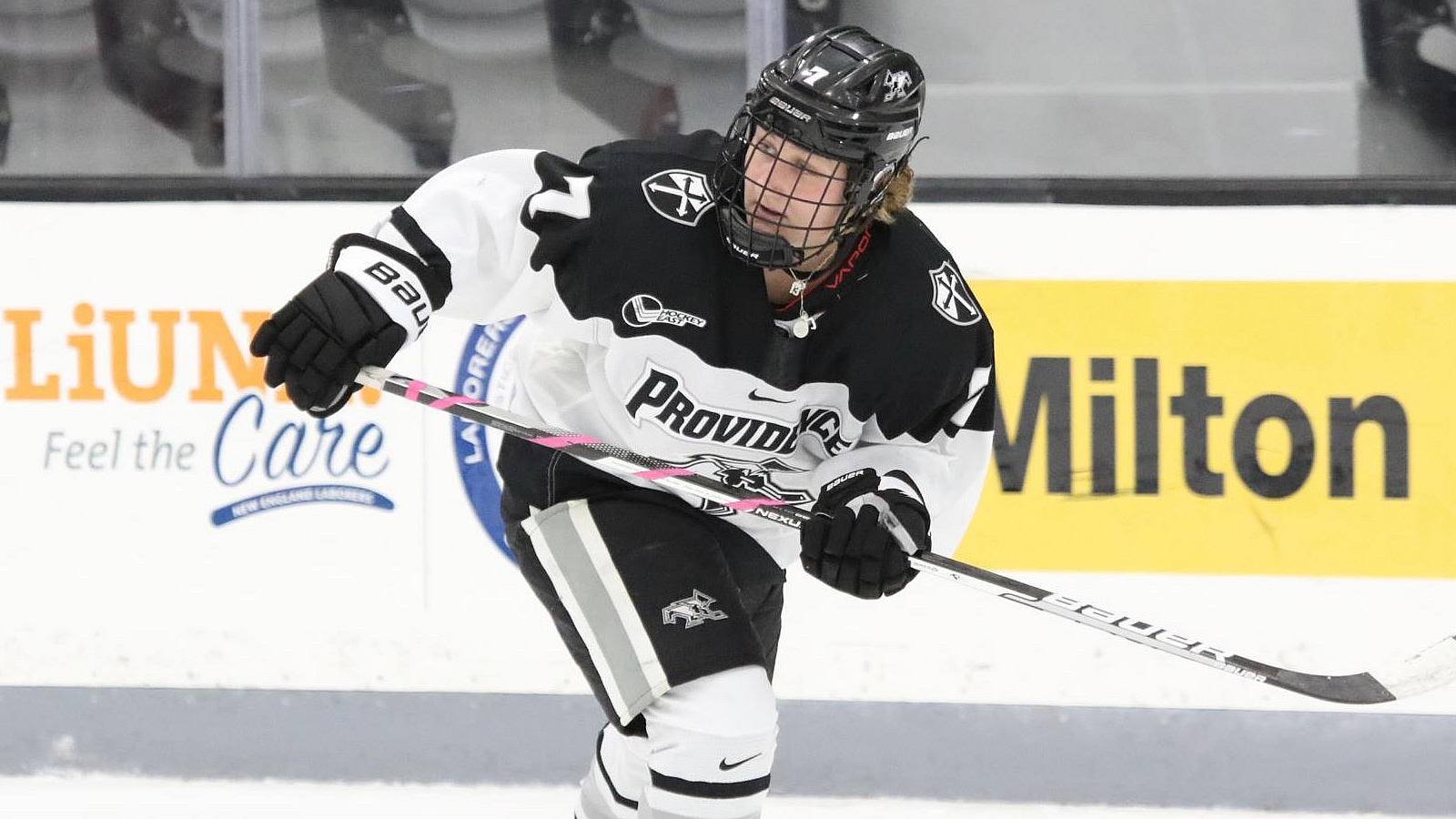 PROVIDENCE, R.I.- The Providence College women's hockey team defeated the Holy Cross Crusaders, 3-2 in overtime, at Schneider Arena on Saturday, Feb. 5. Caroline Peterson (East Falmouth, Mass.) score two goals for the Friars and Lindsay Bochna (Toronto, Ontario) found the back of the net in overtime for the win.

- The second period was scoreless for both team and the Crusaders held onto their 1-0 lead going in to the second intermission.

- Caroline Peterson (East Falmouth, Mass.) put the Friars on the board, 1-1, at the 5:48 mark of the third period on the power play after Holy Cross was whistled for bodychecking. Peterson was assisted by Lauren DeBlois (Lewiston, Maine) and Lily Hendrikson (Edina, Minn.).

- The Crusaders took back the lead, 2-1, just 57 seconds later on their own power play, after Peterson was sent to the box for tripping.

- Peterson evened things out for the Friars, 2-2, in the final 5:06 of play. Hunter Barnett (Caledon, Ontario) and Lily Martinson (Allen, Texas) assisted Peterson on her fifth goal in the past three games.

- Lindsay Bochna (Toronto, Ontario) scored for the Friars in overtime, with just 28 seconds to spare in extra time. Bochna scored unassisted, on the breakaway, for her seventh goal of the season, a team-high.

- Sandra Abstreiter (Freising, Germany) finished the game with 27 saves, while Brenon had 56 for the Crusaders.

The Friars will face the Holy Cross Crusaders in their third straight match tomorrow, Sunday, Feb. 6 in Worcester, Mass. at the Hart Center. Puck drop is scheduled for 2:00 p.m.