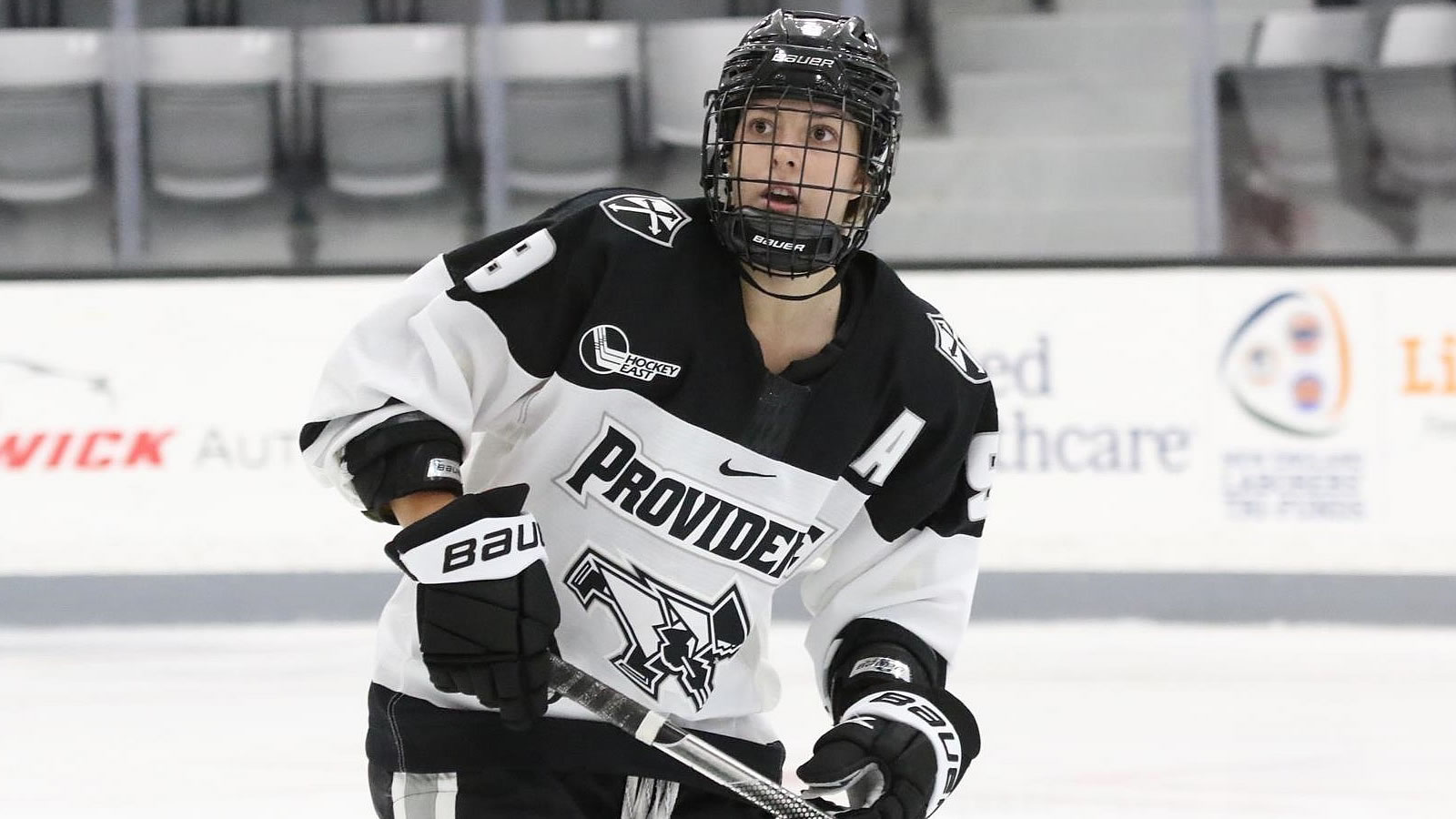 WORCESTER, Mass. - The Providence College women's hockey team defeated Holy Cross, 3-2, in overtime at Hart Center in Worcester, Mass. on Sunday, Feb. 6. The overtime win was the second for the Friars on the weekend as they completed a sweep over the Crusaders.

- Holy Cross scored shorthanded, 1-0, on Providence's power play at 11:47 of the first, after Millie Sirum was whistled for cross checking. The Crusaders carried the lead into the first intermission and shots remained even, 13-13, in the opening period.

- Isabelle Hardy (Oakville, Ontario) found the equalizer for the Friars, 1-1, with 3:39 remaining the second period. Assisted by Hayley Lunny (Bedford, N.Y.), the goal served as Hardy's first of the season.

- Hardy found the back of the net again just 2:20 later to grab a 2-1 lead for the Friars heading into the third. Lauren DeBlois (Lewiston, Maine) and Lunny earned the assists on the play.

- The Crusaders evened things up, 2-2, by a goal from Sofia Smithson with 6:52 remaining in play. Neither team was able to score in the final minutes and the teams entered overtime for their second consecutive game.

- Hunter Barnett (Caledon, Ontario) netted the game-winner in overtime, 3-2, off of a turnover at the 1:22 mark to secure a win for the Friars and complete a sweep in the three-game season series against the Crusaders.

The Friars will host Merrimack this Tuesday, Feb. 8 at Schneider Arena. Puck drop is set for 7:00 p.m.