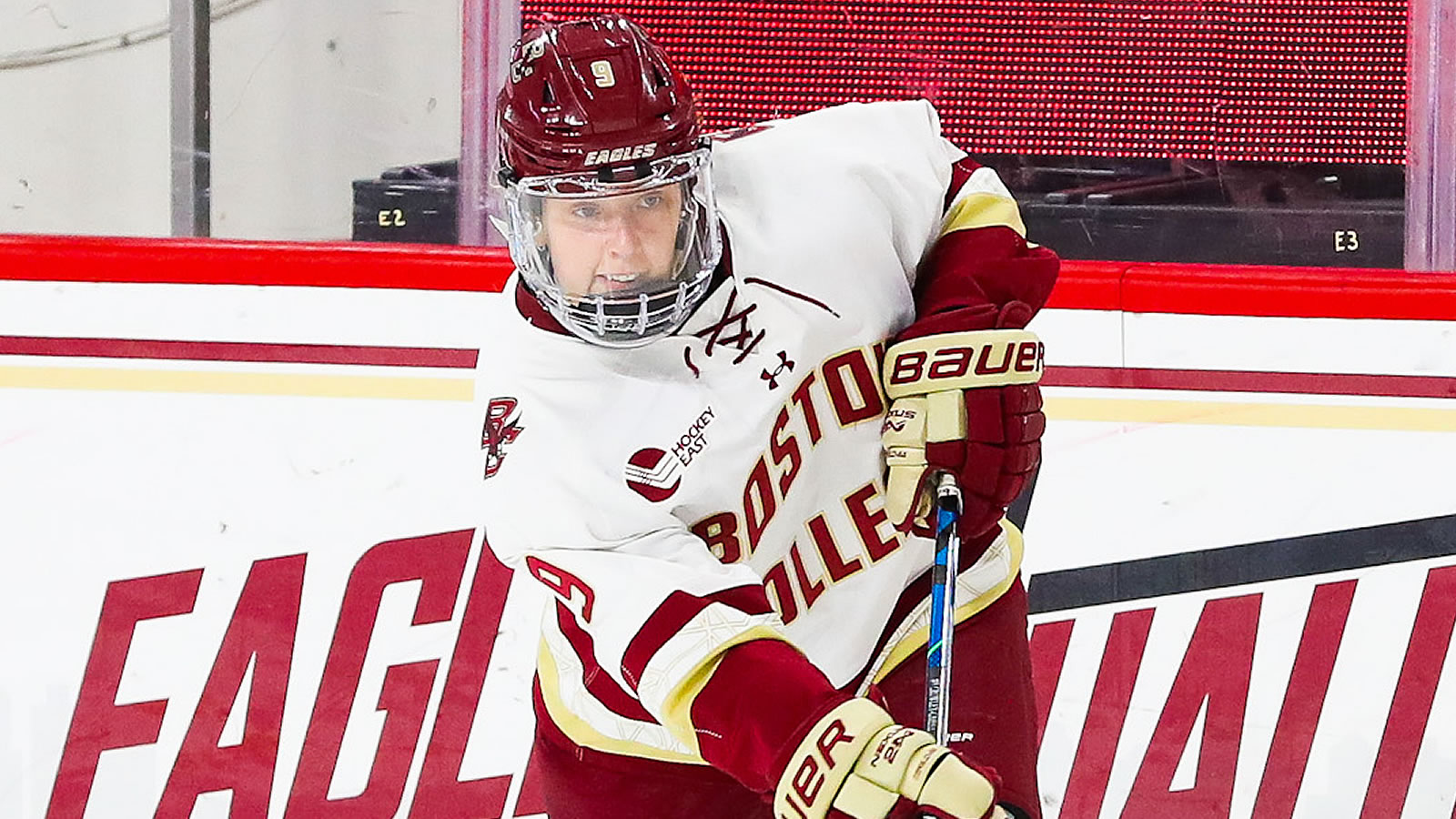 BOSTON - The Boston College women's hockey team went toe-to-toe with sixth-ranked Harvard in the Beanpot Championship game but ultimately fell, 5-4, to the Crimson at Matthews Arena.

In a game that would see the Eagles equalize on four separate occassions, Harvard struck first with a deflected puck just two minutes into the game. That 1-0 lead would hold into the first intermission. Maddie Crowley-Cahill pulled the Eagles even twice in the middle frame, doing it just 57 seconds in and then answering another Harvard goal five minutes later. The teams then combined for five goals over the final 15 minutes of play, with Harvard taking the 5-4 lead with just over three minutes to play.

Abigail Levy was named the Bertagna Award winner as the tournament's top goaltender. Levy finished her two games with a total of 99 saves.

- Abby Newhook scored for the eighth consecutive game ... she pushed her point streak to eight games with the goal.

- Caroline Goffredo finished with one goal and two assists for a career-high three points ... it was her fourth career multi-point game.

- Alexie Guay registered an assist to push her point streak to eight games ... the assist also gives her 20 points (6-14-20) on the year for a single-season career high.

- The Eagles are now 8-17-0 all-time against teams ranked sixth in the nation.

Boston College will play a home-and-home Hockey East series against Merrimack this weekend, hosting the Warriors on Friday afternoon Kelley Rink before traveling to Lawler Rink on Saturday.