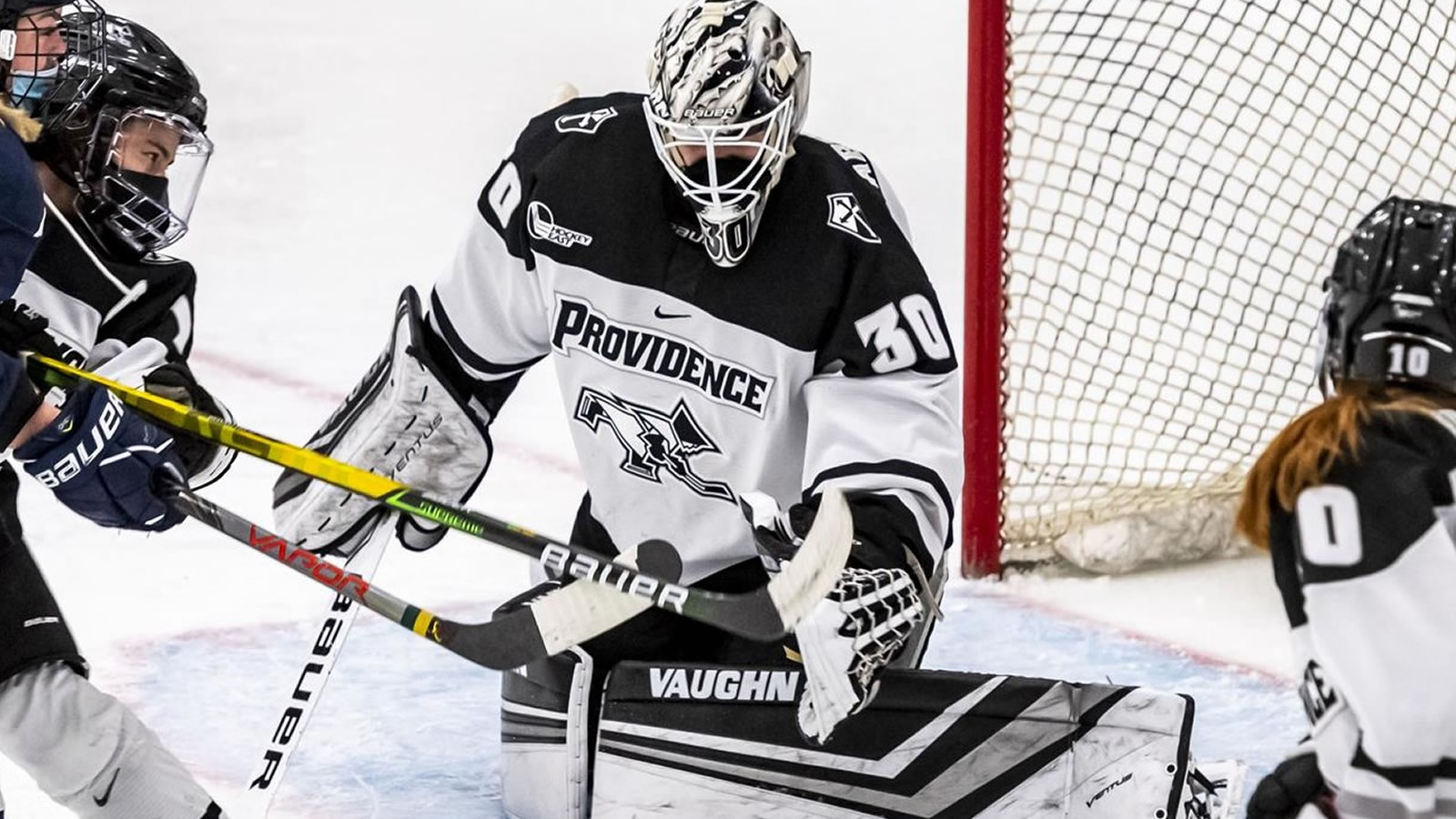 PROVIDENCE, R.I. - Hayley Lunny scored in regulation as the Providence College women's hockey team skated to a 1-1 tie with Boston University on Friday night at Schneider Arena. The Friars earned the extra point in the Hockey East standings after shootout goals from Sara Hjalmarsson and Caroline Peterson.

- Boston University got on the board first, 1-0, with a from Alex Allan just 57 seconds into play.

- Hayley Lunny (Bedford, N.Y.) found the equalizer on the power play for the Friars, 1-1, with 7:08 remaining in the first period after Boston was whistled for interference. Caroline Peterson (East Falmouth, Mass.) and Sara Hjalmarsson (Bankeryd, Sweden) assisted on Lunny's seventh goal of the season.

- Both teams were scoreless through the second and third periods and overtime. Boston University held a 5-3 advantage in shots during the 3-on-3 session.

- In the shootout, Hjalmarsson and Peterson scored for the Friars in the first and second rounds, respectively, while Sandra Abstreiter (Freising, Germany) stopped two of three shots.

The Friars will travel to Boston, Mass. to faceoff against Boston University in the series finale as they close out regular season Hockey East play. Puck drop is set for 5:00 p.m.