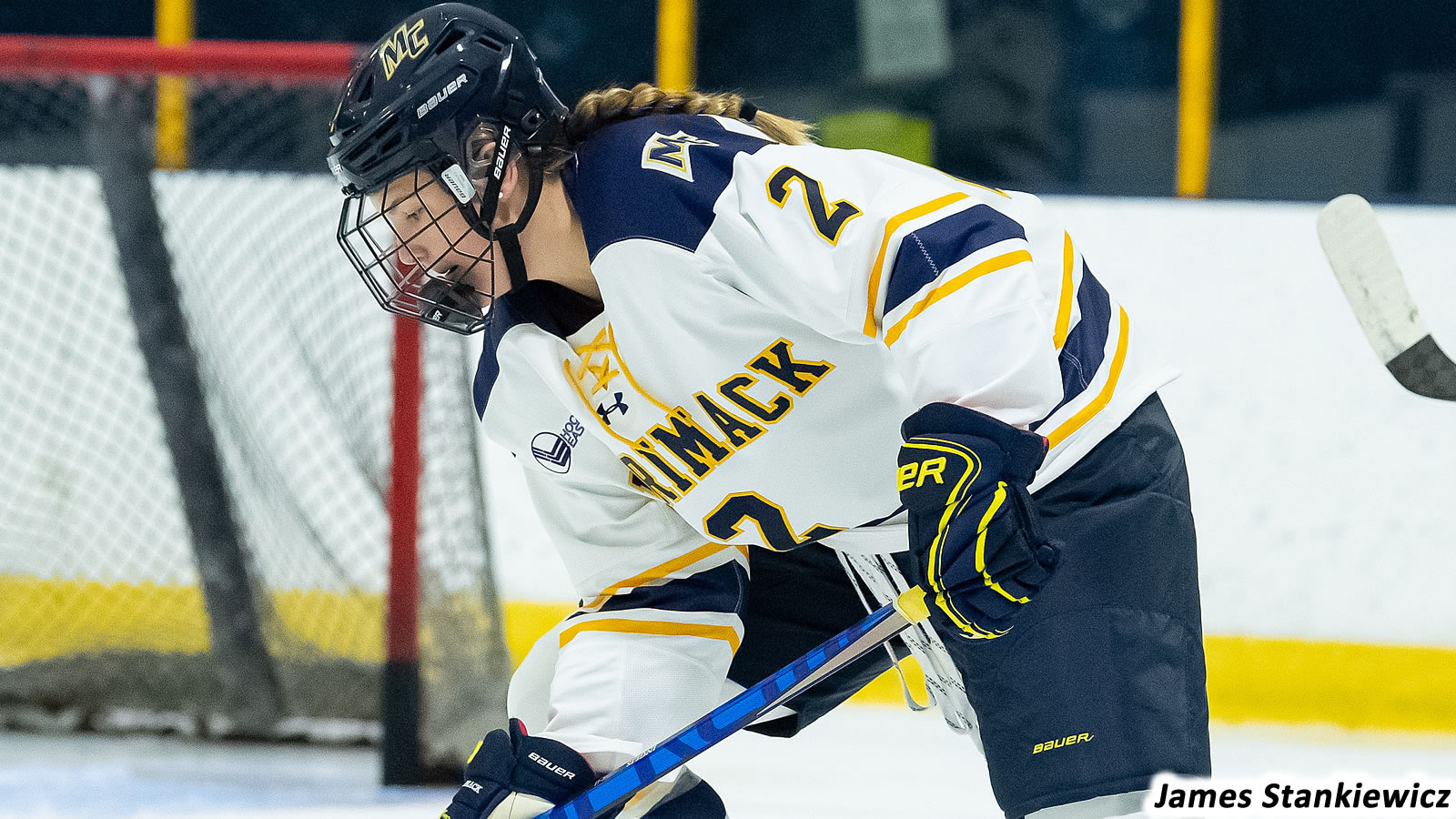 NORTH ANDOVER, Mass.- The Merrimack women's ice hockey team took its timely goal scoring to a 3-1 win over the Holy Cross Crusaders in the team's final home game of the season on Friday.

- The Warriors jumped out in front after settling the pace through the first period. Allison Reeb and Hannah Corneliusen broke into the zone, working a give-and-go before rushing to hold off the pressure deep in the corner. After the Crusaders attempted a clear, defender Teghan Inglis pinched down to cut in unprotected from along the boards before cutting into the crease to score. Inglis' goal marked her team-best 11th of the season.

- Both goaltenders managed the pressure in the second period, with Emma Gorski turning nine saves against the Crusaders while the Warriors posted seven shots on goal in the middle frame. Holy Cross was kept off the scoresheet by some keen defensive work on three penalty kills in the period.

- Offenses broke through in the third period, as Holy Cross tied the game on a loose puck with a flurry of bodies in the crease. Unphased, the Warriors jumped back on the board 1:10 on the clock later. After dumping the puck into the zone, Allison Reeb collected it in the corner, pivoting to send it to Sam Lessick waiting at the goal mouth. Lessick's attempt caught in the feet of the deep defender before the loose puck was picked up by Hannah Corneliusen and sent in for the lead in the third.

- The Warriors took the goal and continued their momentum to close out the game.Teghan Inglis added her second of the game in the closing seconds on an empty net goal, after the initial attempt skipped wide. Inglis pinched in, cutting in through the traffic to send it in to pad the lead.

- Merrimack previously defeated Holy Cross by a 5-3 margin at Lawler on Nov. 6, with two goals in that game coming on the power play.

- Both Inglis and Allison Reeb had two-point nights for the Warriors, as Inglis scored two goals and Reeb had two assists.

- Katie Kaufman had a game-high six shots on goal, with four of her attempts coming in the first period.

The Warriors will head to Worcester to finish out the regular season on Saturday, Feb. 19 at 4 p.m.