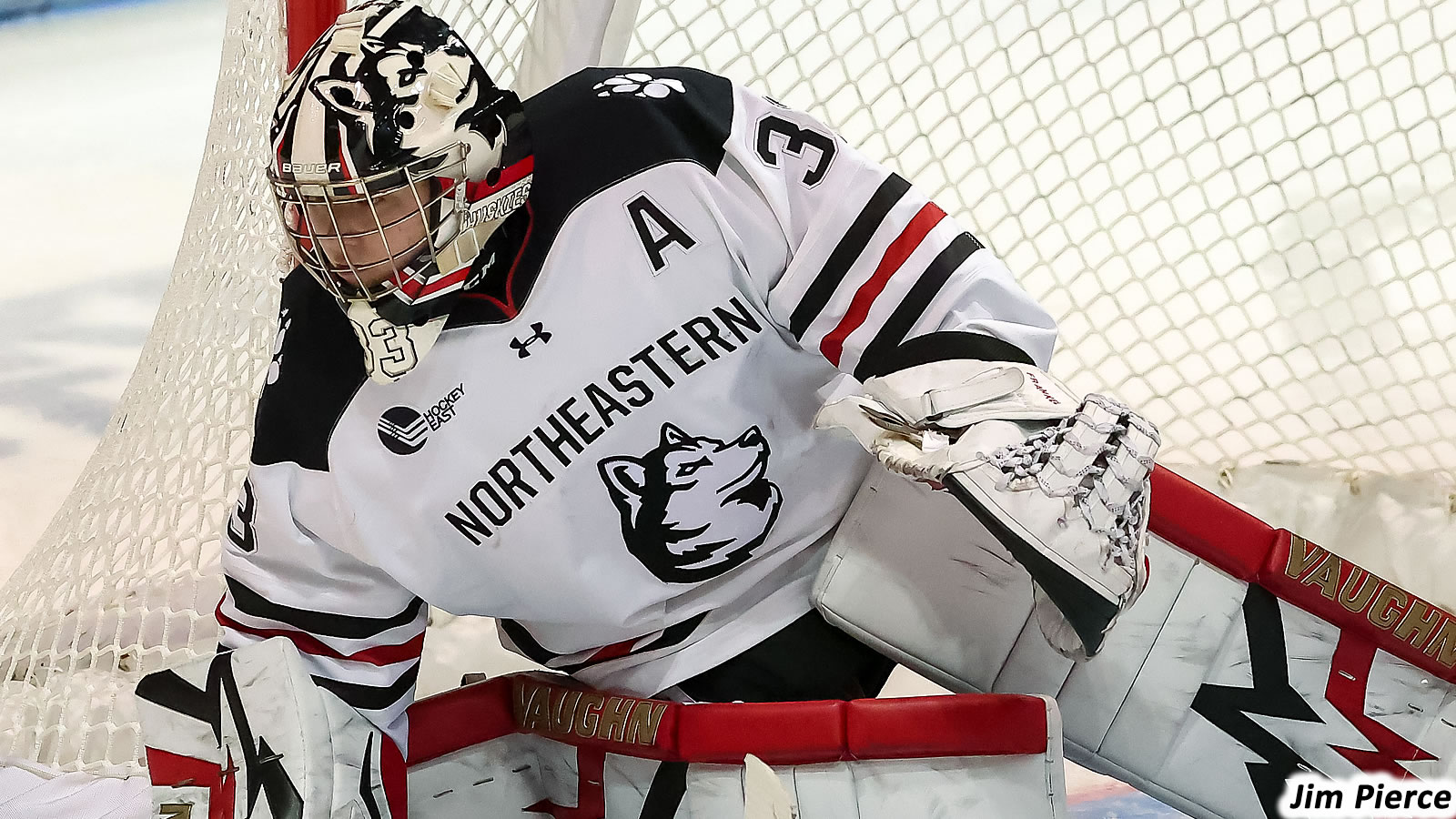 STORRS, Conn. - Despite a balanced offensive attack with four different goal scorers, the No. 4 Northeastern women's hockey team tied the University of Connecticut, 4-4, on Friday evening at Freitas Ice Forum. Northeastern picked up the extra Hockey East point after winning the shootout, 2-0.

- Northeastern struck first with Katie Cipra scoring on a breakaway in the first period, with an assist from Megan Carter.

- Maureen Murphy doubled down on the Huskies lead in the first with her team-best 24th goal of the season. Skylar Fontaine and Katy Knoll had the helpers on Murphy's goal.

- The second period saw four goals between the two sides, with each set of Huskies getting on the board twice. UConn scored just 2:43 into the second to cut its deficit to 2-1. Mia Brown then responded for Northeastern with a goal just over two minutes later to give the Huskies back a 3-1 lead. Fontaine had her second assist on the goal and Brooke Hobson had her first.

- Connecticut followed up Brown's goal with its second goal of the period to bring themselves back within one. Chloé Aurard then scored on the power play to push the Huskies lead back to 4-2. Hobson claimed her second assist and Maddie Mills added on her first.

- UConn scored two unanswered goals in the third period to tie the score at 4-4. The two teams then headed to an overtime period, where despite Northeastern dominating possession with four shots, the game ended in a 4-4 tie.

- Northeastern and UConn then went to a shootout to decide the extra Hockey East point. Aerin Frankel made two stops and Chloé Aurard and Lauren MacInnis scoring on their chances to win the shootout for Northeastern, 2-0.

- Frankel finished with 29 saves on the evening.