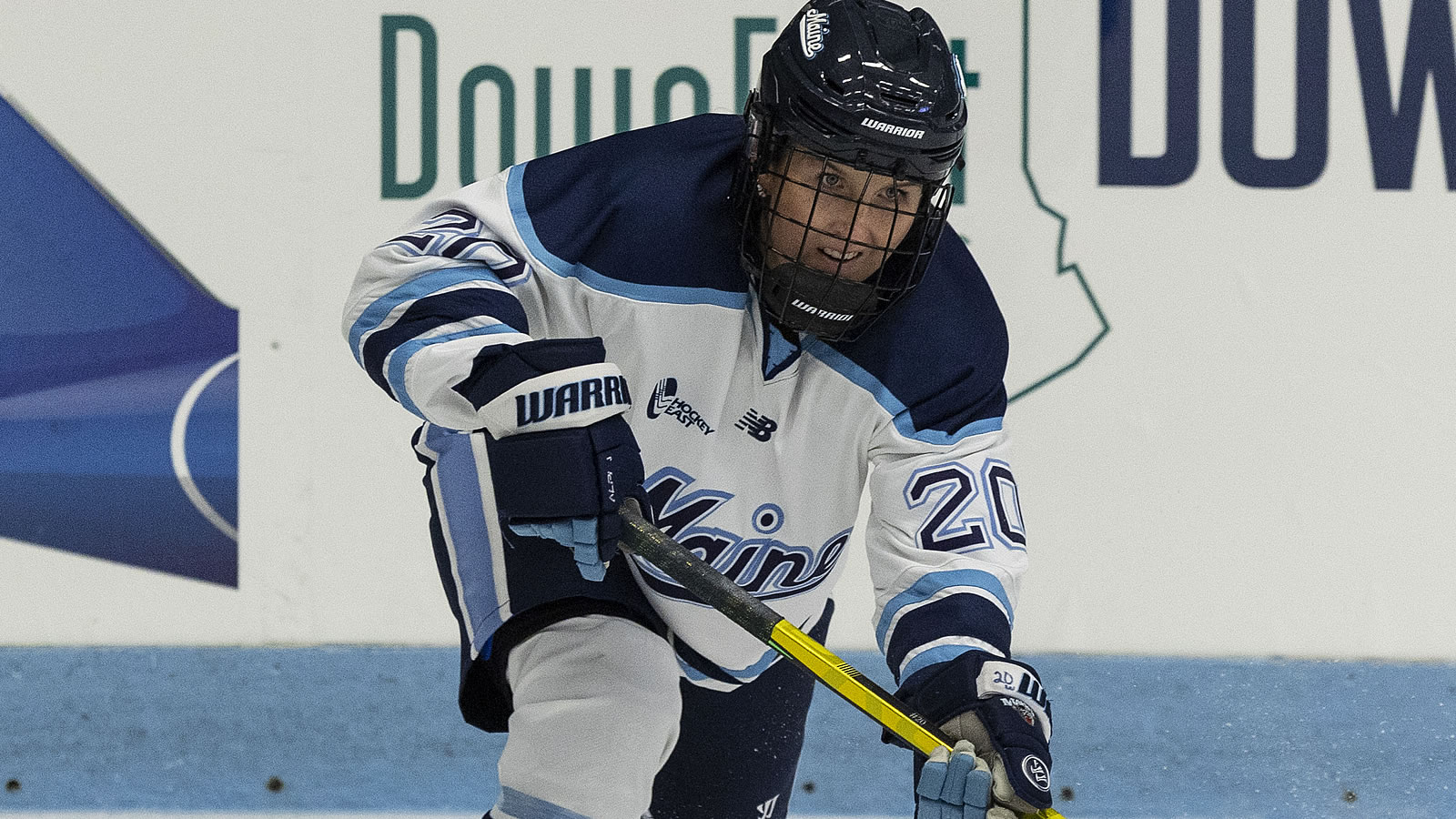 ORONO, ME - The University of Maine women's ice hockey team scored 3-third period goals to put away the UNH Wildcats in the Buffalo Wild Wings Border Battle on Friday afternoon, 4-1.

FIRST GOAL (1-0 UNH): Jada Christian got the scoring going at Alfond Arena on Friday afternoon as she scored her 6th of the season. Her power play score came off of feeds by Chavonne Truter (7) and Emily Rickwood (10).

SECOND GOAL (1-1 Maine): Celine Tedenby netted her 6th goal of the season as the Black Bears tied up the score at 1-1. Tedenby took the put that teammate Morgan Sadler (1) got control of off the boards and went from her own blue line into a shot attempt that found the 5-hole of Ava Boutilier.

THIRD GOAL (2-1 Maine): Elise Morphy got the Black Bears the lead that they never lost as she scored her second of the season on a slap shot from the blue line. Her power play score came off of assists by Courtney Colarullo (10) and Ali Beltz (12).

FOURTH GOAL (3-1 Maine): Mira Seregély gave the Black Bears some extra insurance as she netted her 4th of the season with just 2:15 left in the third period. Her score came off of feeds by Ida Kuoppala (13) and Amalie Andersen (2).

FIFTH GOAL (4-1 Maine): Celine Tedenby made it a multi-goal night as she netted her second of the contest, 7th overall to end a 3-goal third period by the Black Bears. Her empty-netter was assisted on by Jen Costa (8) and Morgan Trimper (7).

Boutilier finished with 22 saves on 25 chances in the losing effort for her squad. Jorden Mattison picked up the win, stopping 20 of 21 shots in the game. Maine (13-18-1, 11-13-1) will be closing out the regular season on Saturday, Feb. 19 as they host the UNH Wildcats. Saturday's contest will be the Senior Game.