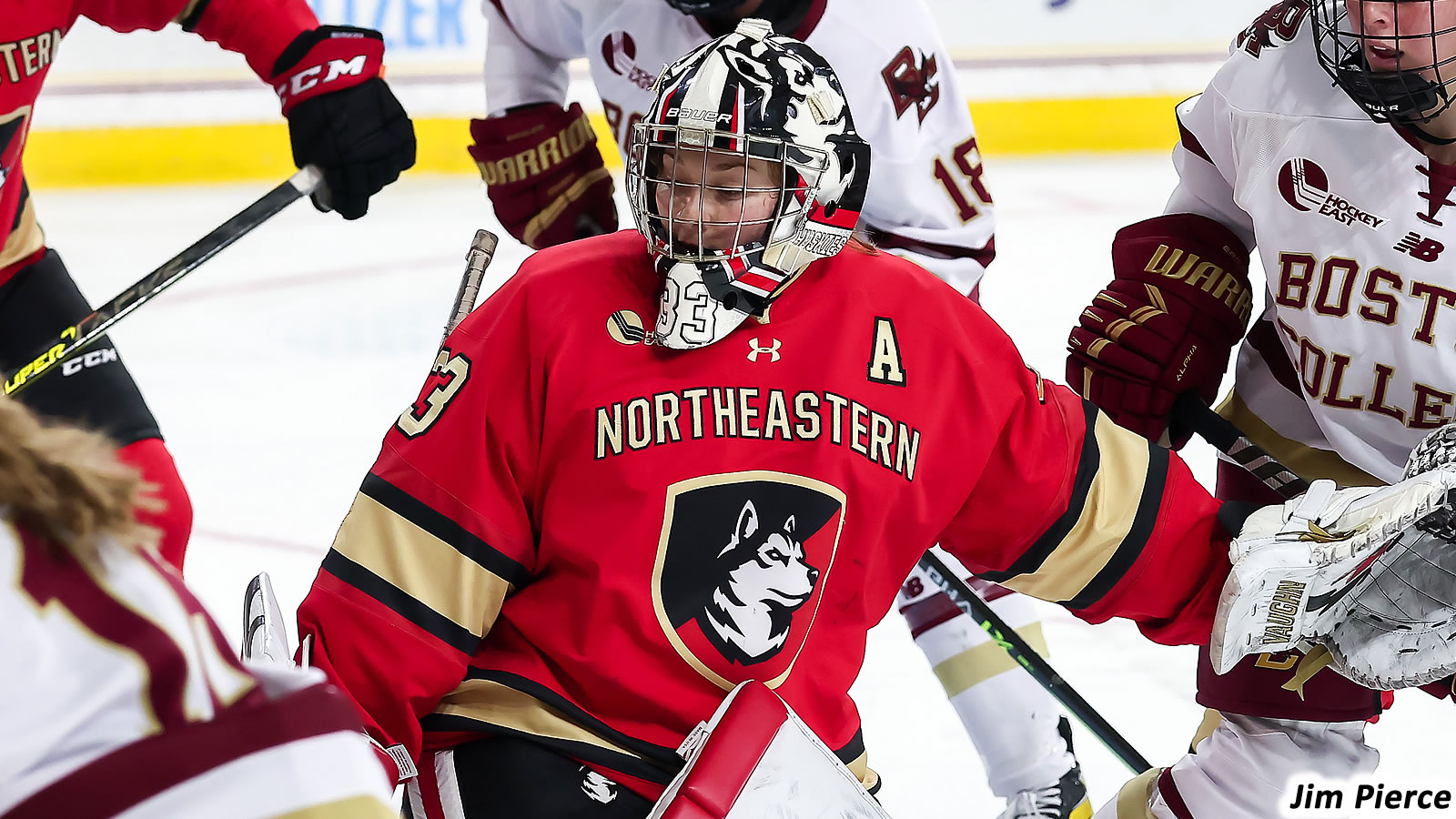 - Katie Cipra scored the first goal of the game at 4:51 in the first period off assists from Peyton Anderson and Gillian Foote. Cipra has now scored in back-to-back games.

- Tessa Ward gave the Huskies a 2-0 lead at the 9:32 mark in the first period with assists from Maddie Mills and Skylar Fontaine.

- With around 6:30 to go in the first period, Katy Knoll gave Northeastern its third goal after following up on an offensive play by Maureen Murphy and Lauren MacInnis.

- Mia Brown increased the Huskies' lead to 4-0 with a power-play goal at 17:15 in the second period. Brown was assisted by Megan Carter and MacInnis.

- Miceala Sindoris scored the fifth and final goal for Northeastern at the 13:33 mark in the third period off assists from Murphy and Knoll.

- Frankel finished the game with her NCAA-best 10th shutout of the season, making 32 saves overall.

The Huskies will now turn their attention to the Hockey East tournament as they prepare to host a quarterfinal matchup on Saturday, Feb. 26.