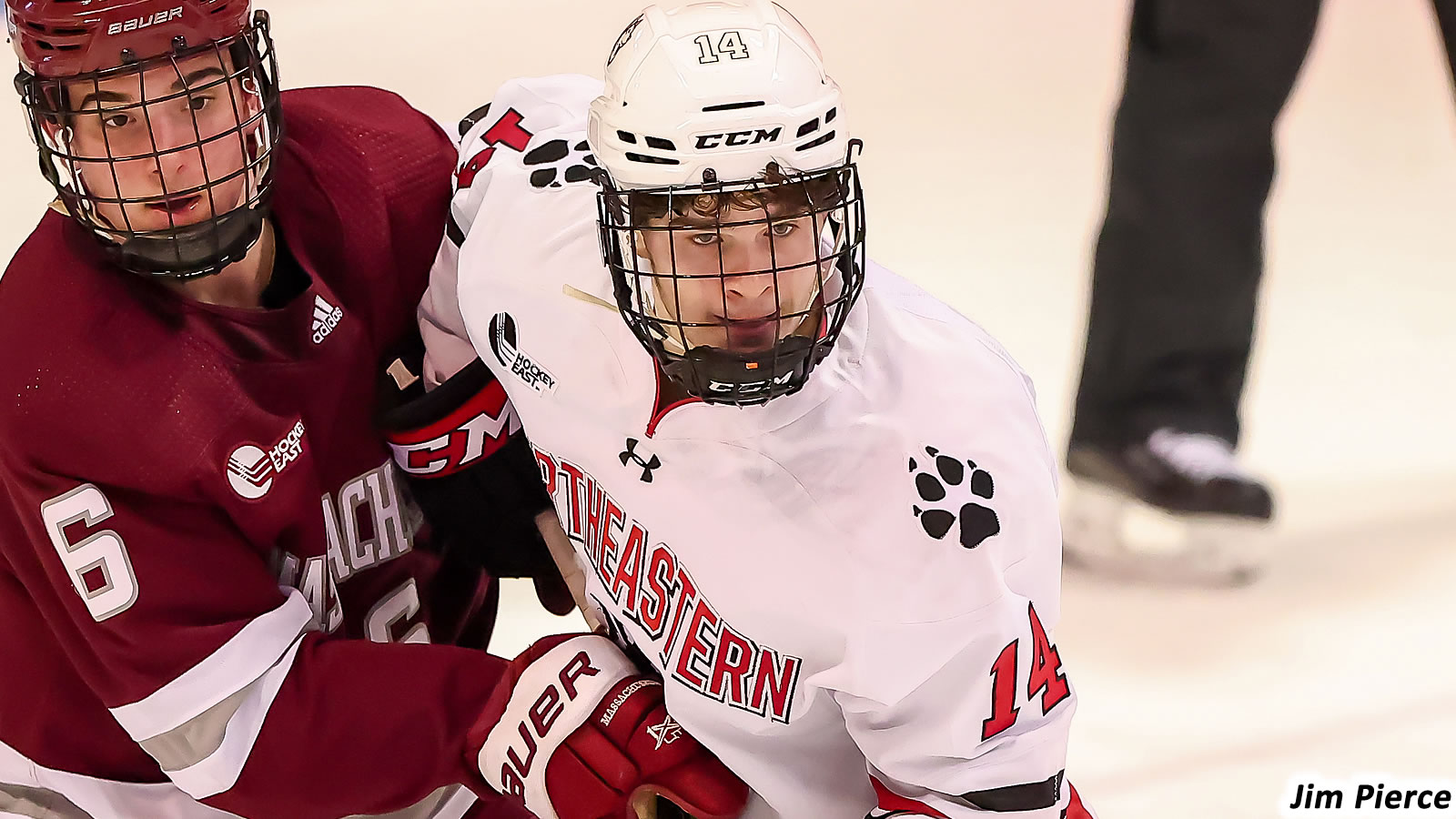 It was the first win for the Huskies in Conte Forum in just over four years, as strong special teams play guided the Huskies to a key conference victory after falling to the Eagles the night before in Matthews Arena.

- Junior Aidan McDonough (18) started things off only needing 23 seconds to put the Huskies up 1-0. Gunnarwolfe Fontaine (14) found Ty Jackson (12) behind the net and found McDonough on the doorstep and he banged in off the inside of the crossbar.

- Matt DeMelis (4) notched NU's second of the game, 5:18 into the second period. Jakov Novak (7) halted the puck behind the net as it was picked up by Riley Hughes (9) who found the junior out in front of the net for the score.

- The Eagles responded 18:15 into the frame on an extended offensive zone possession that ended up on the stick of Patrick Giles, who skated around the zone and snuck one in.

- Northeastern began the third by killing off a few penalties and then getting just their second power play opportunity of the game in which Novak (8) made a nifty move in front of the net off a feed from Jackson and sent the puck into the roof of the net 2:55 into the period.

- The Huskies weren't done yet in the third as Sam Colangelo (9) got back on the scoring sheet with a rush up the near-side wall after he got a feed from Matt Choupani (4) and pinged it in off the post.

- The Eagles put the puck in the net midway through the third by Marc McLaughlin, but the goal was called back for goaltender interference.

- BC attempted a late comeback, getting a power play and pulling the goalie with four minutes to play, but Northeastern killed the penalty and kept BC off the board.

- Northeastern killed all seven BC power play attempts in the contest.

- The win was Northeastern's first victory at Conte Forum since December 9, 2017, which they won 5-2.

- Northeastern is now 16-3-1 on the season when potting the first goal.

- Freshman TJ Semptimphelter stopped 23 of 24 shots faced in the contest; his record on the season is now 4-3-0.

Northeastern will now face a home-and-home with the UConn Huskies this coming Friday and Saturday, February 25 and 26. Game one is Friday night at 7 P.M. at Matthews Arena, and streaming on NESN+. Game two will be in Hartford at the XL Center at 3:05 P.M. on CollegeSportsLive.