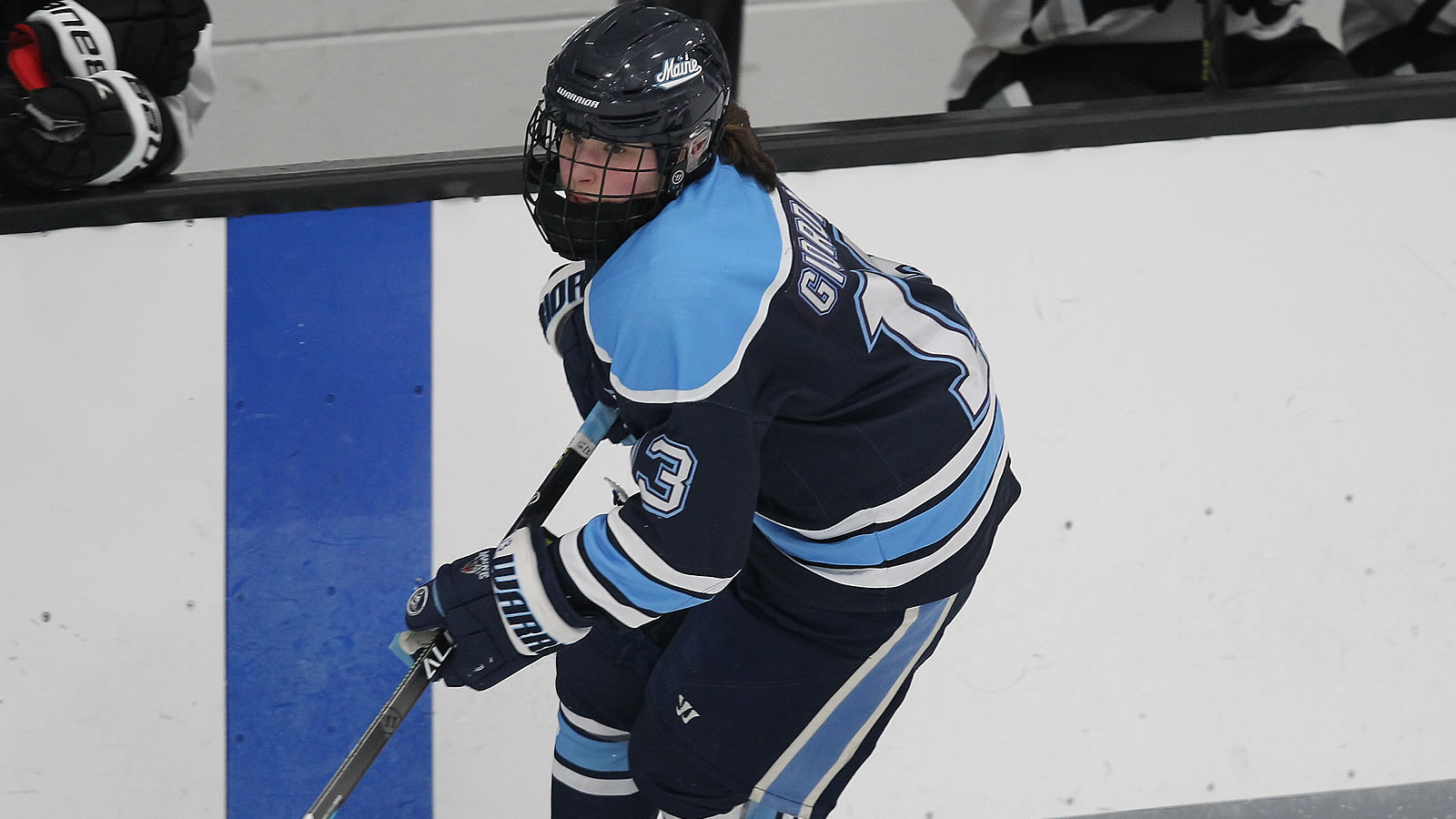 ORONO, ME - The University of Maine women's ice hockey team shut out the UNH Wildcats to complete the weekend in the Buffalo Wild Wings Border Battle with a 5-0 victory.

FIRST GOAL (1-0 Maine): Ally Trimper would get the Black Bears going early as she found the back of the net for her first goal of the season. Maddie Giordano (4) and Alyssa Wruble (4) picked up the assists.

SECOND GOAL (2-0 Maine): Mira Seregély would get the second period going as she scored on a deflection coming from a Taylor Leech (8) slap shot. For Seregély, it was her 5th of the season. Celine Tedenby (6) picked up an assist.

THIRD GOAL (3-0 Maine): Elise Morphy kept her goal streak going as she scored in her 3rd straight game as her power play score increased the Black Bear lead. Her 3rd of the season came off of feeds by Ida Kuoppala (14) and Celine Tedenby (7)

FOURTH GOAL (4-0 Maine): Maddie Giordano would join in the Senior Day festivities as she scored in her final game at Alfond Arena, her 6th of the season. The Alternate Captain's score came off of feeds by Taylor Leech (9) and Mira Seregély (7).

FIFTH GOAL (5-0 Maine): The captain, Taylor Leech, would go out with a bang as she scored with 6 seconds remaining in the third period to net her 5th of the season. Celine Tedenby (8) and Morgan Trimper (8) picked up assists.

Jorden Mattison was perfect for the Black Bears, registering her first career shutout with a 24 save performance.

The quarterfinals are scheduled for Saturday, Feb. 26.