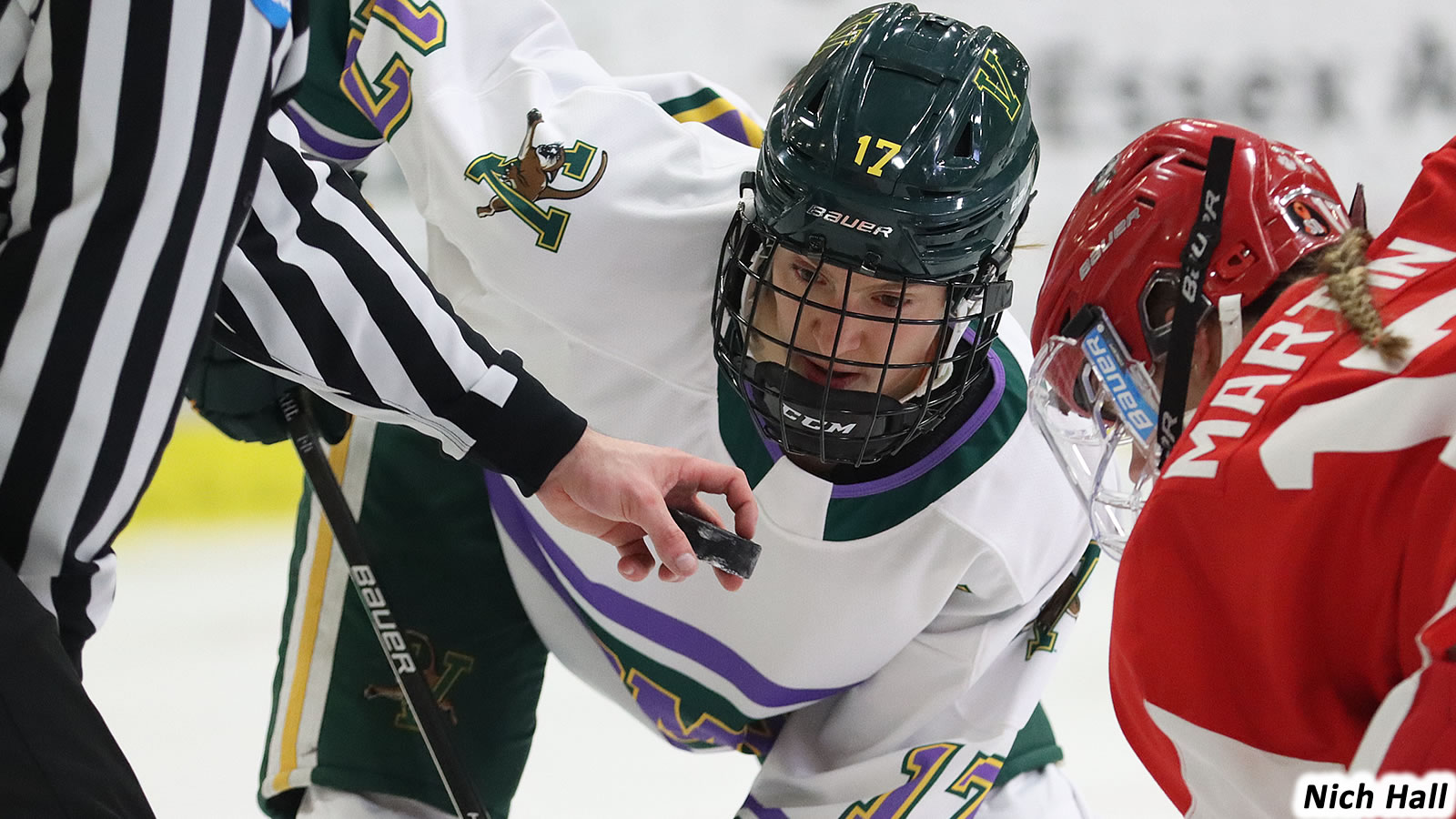 CHESTNUT HILL, Mass. - Vermont scored four third period goals to erase a two-goal deficit and win their regular season finale 4-2 over Boston College Saturday afternoon in Hockey East action from Conte Forum. Theresa Schafzahl scored the first two goals for the Catamounts setting a new program record for goals and points in a single season. Vermont improves to 18-7-2 in league play and will host Providence, UNH or Merrimack pending Opening Round results in the Hockey East Quarterfinals next Saturday at noon from Gutterson Fieldhouse.

"That comeback today showed our true character," said Head Coach Jim Plumer. "After a lackluster first period, we just kept getting better and that third period was one of our best of the season. Big congrats to Theresa Schafzahl on breaking the program record for goals and points in a season. She showed why she is such a special player. With the playoffs looming it I was so important for us to get our game in order and I'm excited to see us bring that intensity and execution next week."

- The Eagles opened the scoring on the power play with 8:48 left in the first period. From the wing Kelly Browne attempted a cross-ice pass and the puck deflected off a Vermont defenders' stick and into the net. Browne's 10th goal of the season was assisted by Alexie Guay.

- 2:31 later the Eagles doubled their advantage on an offensive zone faceoff. Alyssa Holmes won the draw for the Catamounts but BC's Gaby Roy was first to the puck and beat UVM's Jessie McPherson with a quick shot through traffic.

- 6:24 into the third period Schafzahl made UVM history with her 22nd goal of the season and 41st point. On a two-on-one rush Schafzahl looked to pass and then rifled a wrist shot over BC's Abigail Levy to make it 2-1. Kristina Shanahan picked up her 16th assist of the season on the tally.

- With 9:19 to go Schafzahl equalized for Vermont on the power play. Schafzahl won an offensive zone faceoff and Corinne McCool quickly passed it out to the point for Maude Poulin-Labelle. Poulin-Labelle left it for McCool and as McCool gained speed along the blue line she passed backdoor to Schafzahl who one-timed home her seventh power play goal of the season.

- Alyssa Holmes gave UVM the lead for good with 4:19 to play. In transition Schafzahl left the puck for Shanahan who broke into the BC zone on a two-on-two with Holmes. Shanahan centered a feed to Holmes that Alyssa was able to perfectly redirect just inside the post for her third goal of the season. The Eagles pulled their goaltender early needing a win to have a chance at the three-seed in the Hockey East playoffs. Maddy Skelton converted on the empty-net with 2:19 to go sealing Vermont's 21st win of the season with a clearing attempt that bounced off the boards in the neutral zone and rolled home for her fifth goal of the year.

- Theresa Schafzahl finished the regular season as the top-scorer in Hockey East with 21 goals and 18 assists for 39 points in conference play. Her 21 goals were four more than anyone else in the league despite playing just 21 games.

The Catamounts quarterfinal game is set for noon, click here to buy your tickets now! Youth players 12 and under will receive free admission if they're wearing a jersey and all UVM students will be free with a valid student ID.