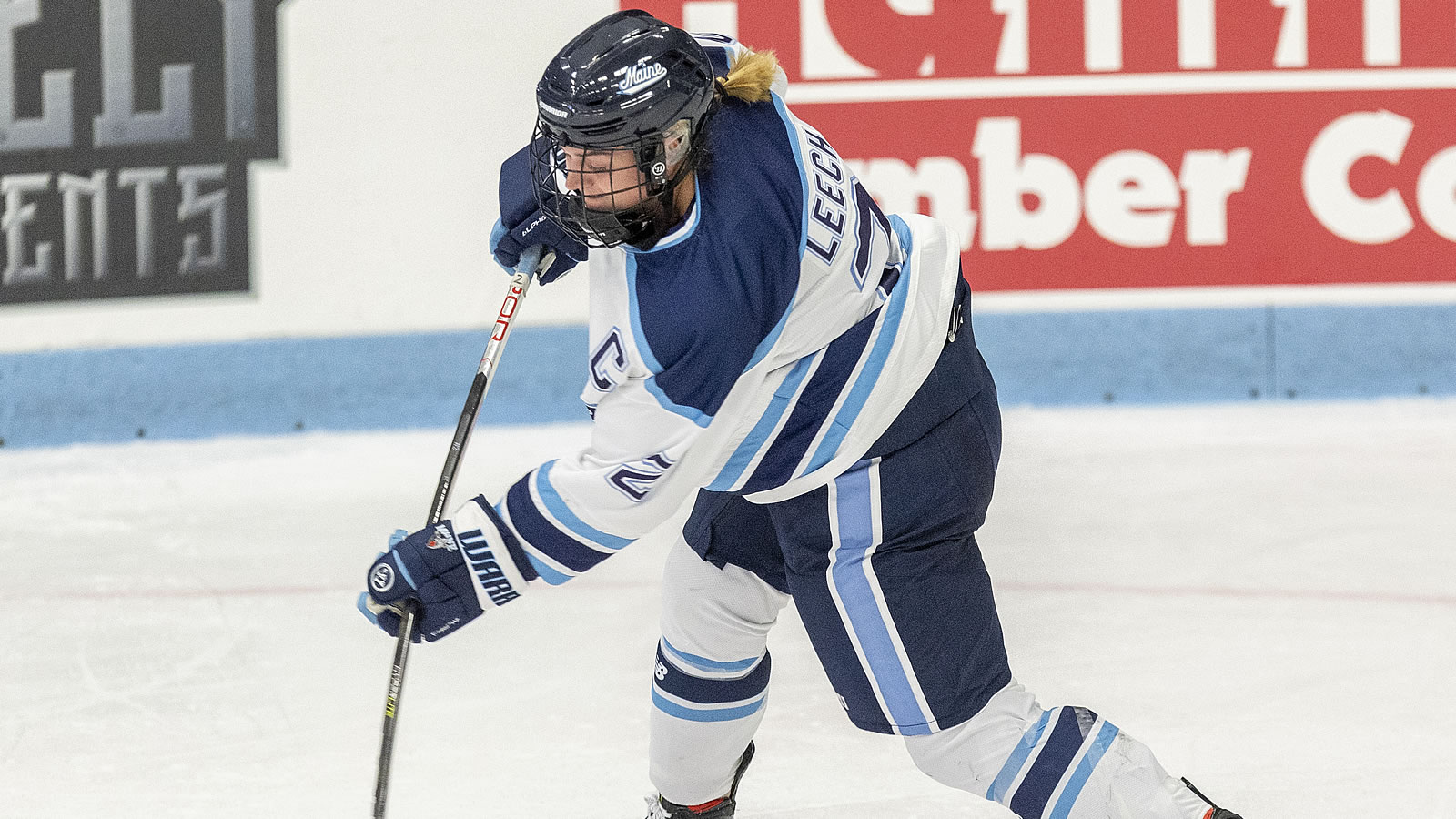 CHESTNUT HILL, Mass. - Mattison allows one goal against as the women's ice hockey team down the Boston College Eagles on Friday night, 2-1.

FIRST GOAL (1-0 BC): Willow Corson netted the opening strike with 6:17 remaining in the first period, her fourth of the season. She was feed on the close corner of the goal post by teammate, Alexie Guay () for the point-blank shot that went just under Jordan Mattison's glove. Caroline Goffredo () also picked up an assist.

SECOND GOAL (1-1 Maine): Alyssa Wruble scored her sixth goal of the season for the Black Bears as she made a great heads up play in the offensive zone. Following a miss-played puck by Maddie Crowley-Cahill, Wruble was in the right spot to swipe the puck away and promptly score the game-tying goal. Her unassisted score came with just 2.1 seconds remaining in the first period.

THIRD GOAL (2-1 Maine): Taylor Leech capitalized the on the Black Bears power play chance as she fired a slap shot through the 5-hole of the Boston College goaltender, Abigail Levy, to get Maine their first lead of the contest. Mira Seregély (8) had the great touch pass to set up the one-time shot from Leech. Celine Tedenby (9) also picked up an assist.

Maine would hold onto their lead and punch their ticket to the Hockey East semifinals.

Jorden Mattison was nearly perfect, stopping 27 of 28 shots she faced.

Maine will next play on Wednesday, March 2. Their opponent is TBD.