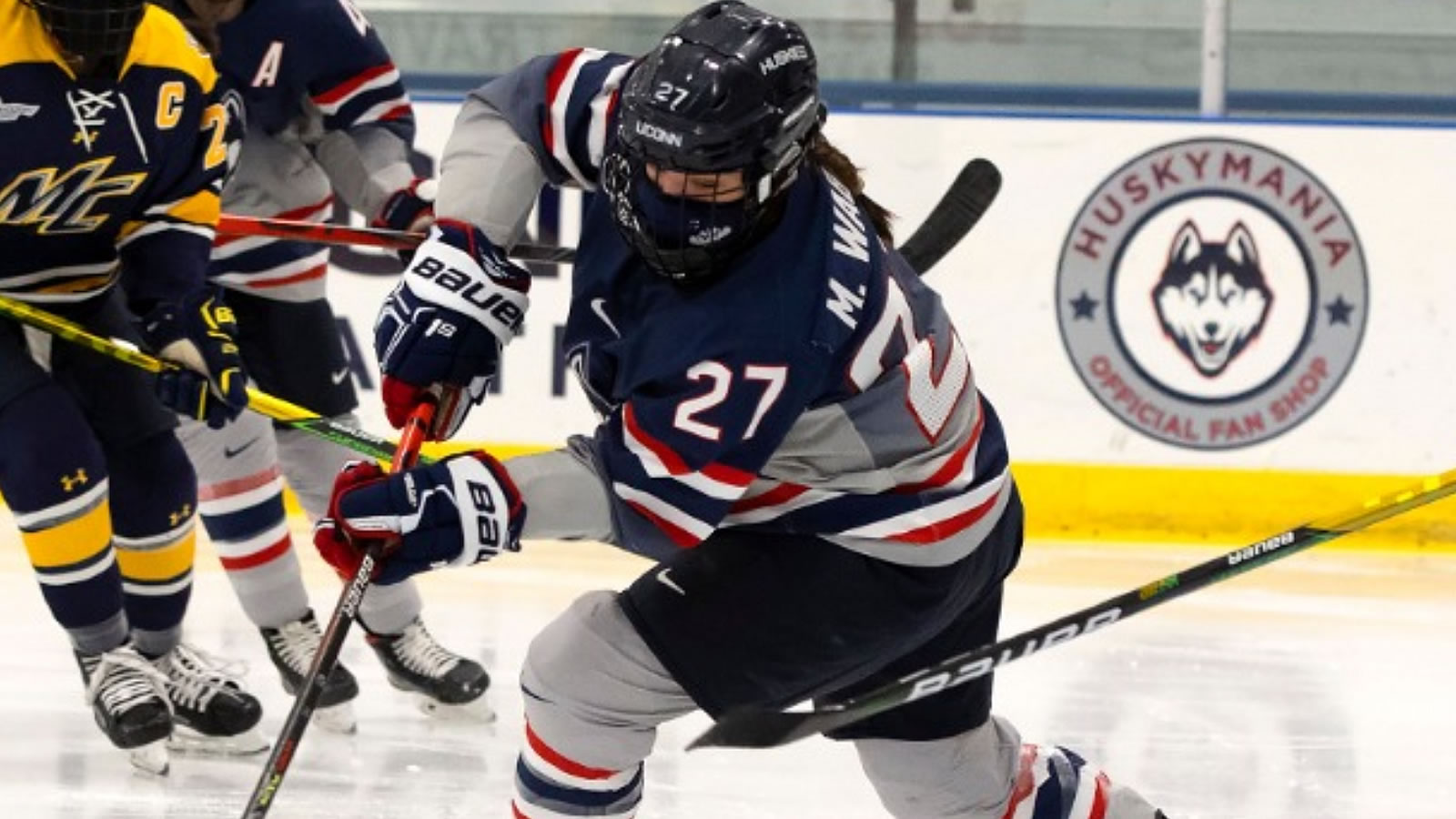 The first period began with Boston University instantly gaining control of the puck and pressuring the UConn defense. Only 43 seconds into the start of the game, Courtney Correia would score on a Terriers rush that the UConn defense could not stop. The Terriers looked to extend their lead midway through the first period however following the Boston goal, the UConn defense would settle in and prevent any real scoring chances. UConn would even things up late in the first period when senior Viki Harkness would intercept a pass and send it across ice to sophomore Jada Habisch who would find the back of the net. UConn's defense would be forced to kill off a late power play by the Terriers, but they stayed strong blocking multiple shots, and preventing a goal.

The beginning of the second period would be all UConn. The Huskies would gain control of the puck and instantly go on the attack. UConn almost gained the lead early in the second period, but the shot would just barely be deflected wide by the Terriers goaltender. Early in the second period UConn would draw a penalty and go on the powerplay. Boston's penalty kill prevented UConn from getting any shots on goal through the first 1:30 of the power play. With time running down on the power play, graduate student Taylor Wabick would find her sister and fellow graduate student Morgan Wabick who would fire the shot on net. After deflecting off a few bodies in front of the net, the puck would find the stick of graduate student Summer-Rae Dobson who would push it home to give UConn the 2-1 lead. The Huskies defense dominated in the second period, only allowing two shots on goal.

The third period was a defensive battle as the Huskies looked to extend their lead and the Terriers looked to tie the game. UConn's defense would eventually prevail as Summer-Rae Dobson would deflect a puck out of the UConn defensive zone, forcing the Terriers to regroup, and then Morgan Wabick would step up, steal the puck, and fire it on the empty net to give UConn the 3-1 lead with time running out. With the win, UConn advances to the Hockey East Semifinal game. Reseeding and matchups will take place following the conclusion of all tournament games today.