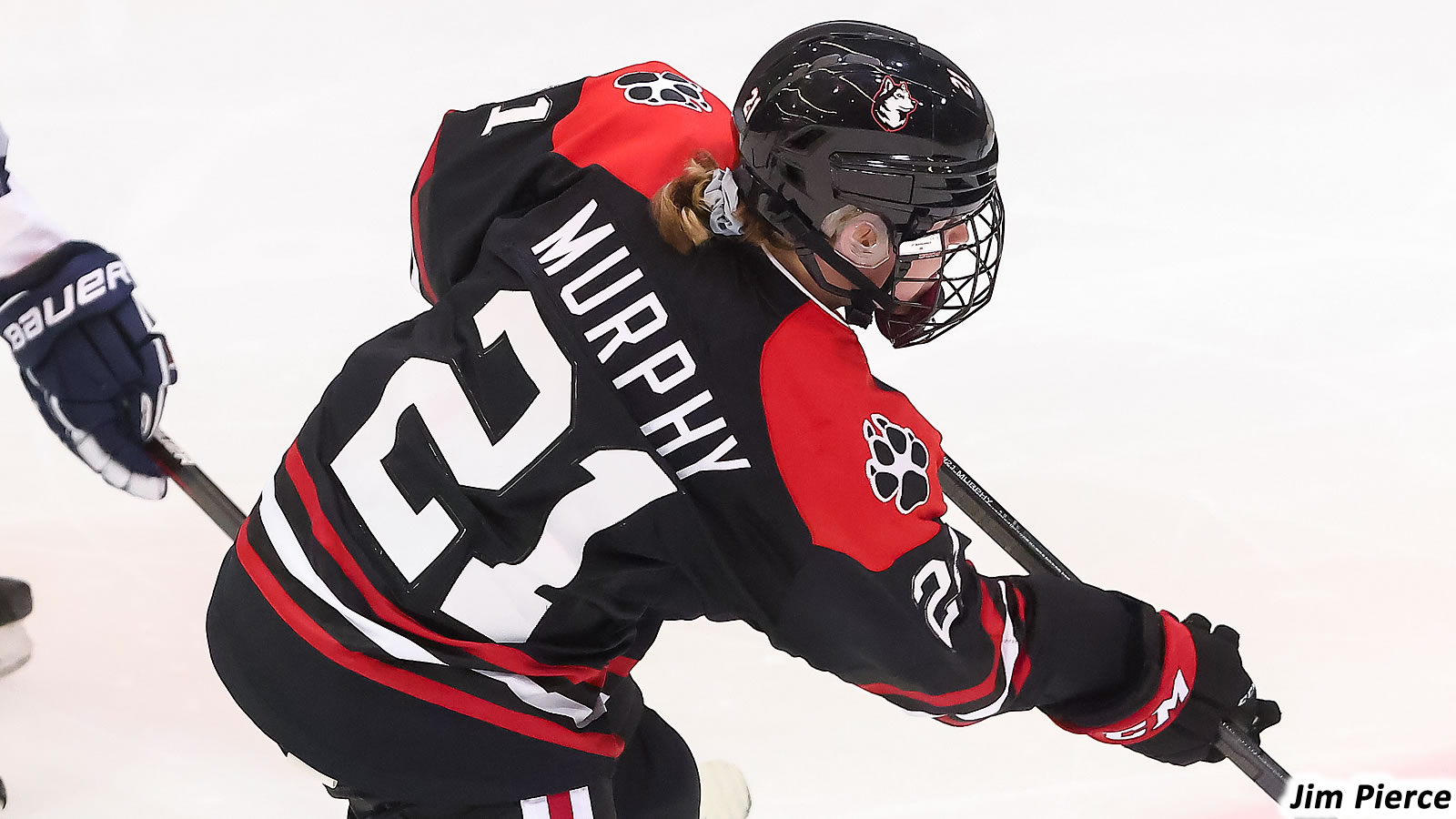 BOSTON, Mass. - Powered by Maureen Murphy's third hat trick of the season, the No. 3 Northeastern women's hockey team cruised past the Merrimack Warriors, 8-0, in the Hockey East Quarterfinal on Saturday evening at Matthews Arena.

Alina Mueller made her return from the Olympics and promptly tallied three assists to set a new program record with 119 career assists. The record Mueller broke was previously held by Fiona Rice who played for the Huskies from 1985-89.

Aerin Frankel also made history in the victory, tallying her 100th career win, becoming just the sixth woman in NCAA Division I history to reach the milestone. Frankel achieved the feat in style, stopping 18 shots en route to her NCAA-best 11th shutout of the season.

Murphy's hat trick was just the ninth ever in Hockey East playoff history and the first since 2017. Murphy finished her day with a team-high four points off the natural hat trick and an assist.

In the first five minutes of action, Miceala Sindoris potted two goals as the Huskies jumped out to an early 2-0 lead.

Chloé Aurard then got in on the scoring action with a power play tally, while the Huskies had the extra attacker on also due to another delayed penalty on Merrimack.

Murphy tallied the lone two goals of the second period to bring the Huskies' score to 5-0. She then finished off her natural hat trick with a power play goal at the 6:58 mark of the third period. Murphy now has an NCAA-best 12 power play goals on the season and leads the team with 28 goals overall.

Mia Brown and Andrea Renner then closed out the scoring for Northeastern, pushing the final mark to 8-0 in favor of the Huskies.

The Huskies advance in the Hockey East playoffs and will host Maine in a Semifinal in Matthews Arena on Wednesday, March 2 at 6:30 p.m. on NESN.