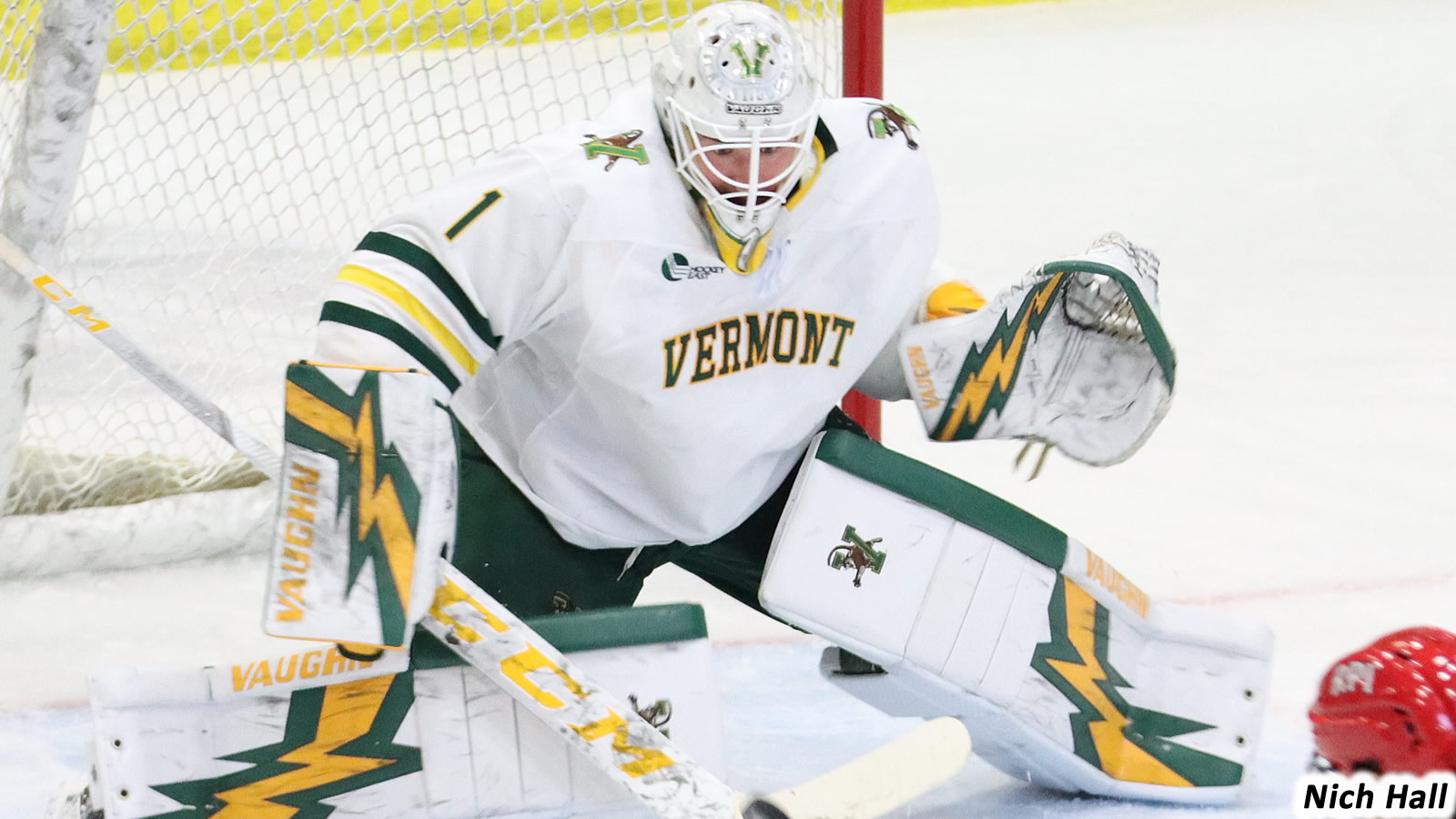 BURLINGTON, Vt. - Sophomore Will Zapernick scored his second game-winning goal this season and Tyler Harmon made 22 saves in a shutout win as Vermont defeated No. 13 Northeastern 1-0 Tuesday evening in Hockey East action at Gutterson Fieldhouse. Tuesday's game was presented by People's United Bank.

"We are very pleased with the total sixty-minute effort from the entire team," said Head Coach Todd Woodcroft. "Tyler Harmon getting his first shutout win on home ice made the evening extra special. Our specialty teams were good and our overall discipline was excellent. Furthermore, we will all be in attendance at tomorrow's women's hockey game. Hope to see everyone there!"

- The Catamounts scored the lone goal on the first power play of the game in the second period. Carter Long one-timed a shot from the point that Northeastern's Devon Levi padded aside. William Lemay quickly put the puck back on net and Lemay's rebound went right to Will Zapernick who tapped home his third goal of the season with 7:25 left in the middle frame.

- In the final 86 seconds with their goalie pulled for an extra attacker Harmon made four saves to preserve his first career home shutout.

The Catamounts will close out the regular season this weekend as they travel to face UConn in a two-game Hockey East series. Puck drop is set for 7 p.m. on Friday and 3 p.m. on Saturday. The voice of the Catamounts, Adam LaFleur, will broadcast the action live on WVMT (FM 96.3 / AM 620). Live streaming is also available for free at CollegeSportsLive. Saturday's game will also be available in Connecticut on CW20.