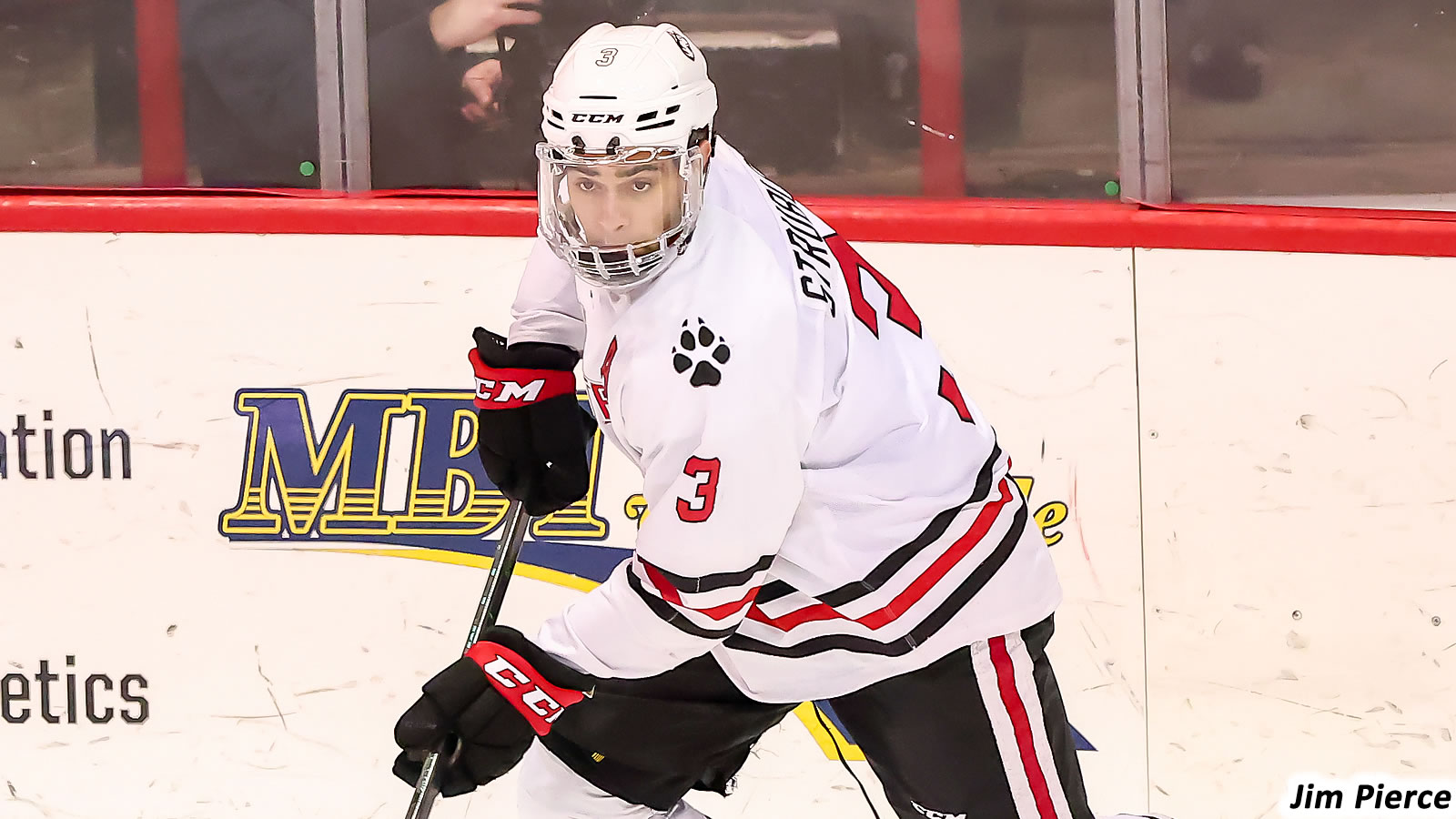 The Huskies came out of the first intermission all tied up at 1-1, and unloaded five unanswered goals from the second period onward to claim the victory on Senior Night.

- The Huskies got on the board early thanks to a 4-on-3 power play opportunity - Jack Hughes (7) pounced on a dribbling puck on the goal line after a shot by Sam Colangelo (14) got past the Merrimack netminder, Zachary Borgiel. Hughes finished the shot and gave NU the early 1-0 lead 9:09 into the game.

- Merrimack would answer back on a fast break, with Zach Uens tipping one in from just outside the crease at 12:20.

- The Huskies came out firing in the second period tallying three goals, the first of which came from senior Julian Kislin (2) 13:26 into the period, as he dangled to the front of the net after a feed from Jack Hughes (6) and backhanded it into the net. The goal would go on to become the eventual game-winner.

- A couple of Huskies recorded career firsts on the next goal as Ryan St. Louis (1) notched his first career assist when his shot on net was deflected off the stick of his center Michael Outzen (1) for his first career goal. The Huskies led 3-1 at the 14:09 mark.

- In the third, the Huskies added more insurance with the fifth goal coming 10:11 into the period - junior Jayden Struble (3) sent a shot on net from beyond the faceoff circle that took a bounce and got past Borgiel. The assist went to his defensive partner Jeremie Bucheler (10) who stretched to keep the puck in the zone after the puck raced towards the blue line.

- Colangelo (11) then capped off the night by taking the puck into the offensive zone against four Merrimack defenders after a long shift. He skated to his right and shot back toward the left side of the net and he pinged it in off the post for his second of the night.

- The Huskies tallied 40+ shots in a game for the first time this season; the last time Northeastern had that high of a shot count was December 26, 2020 in a 4-1 win over Vermont.

- Sam Colangelo now has three 3-point efforts since his return in January. Jayden Struble also notched three points on the night, with two assists prior to his goal.

The two teams will battle again on Saturday, March 5 at Lawler Rink in North Andover, Mass. with key Hockey East seeding on the line. Puck drop is scheduled for 7 pm on CollegeSportsLive.