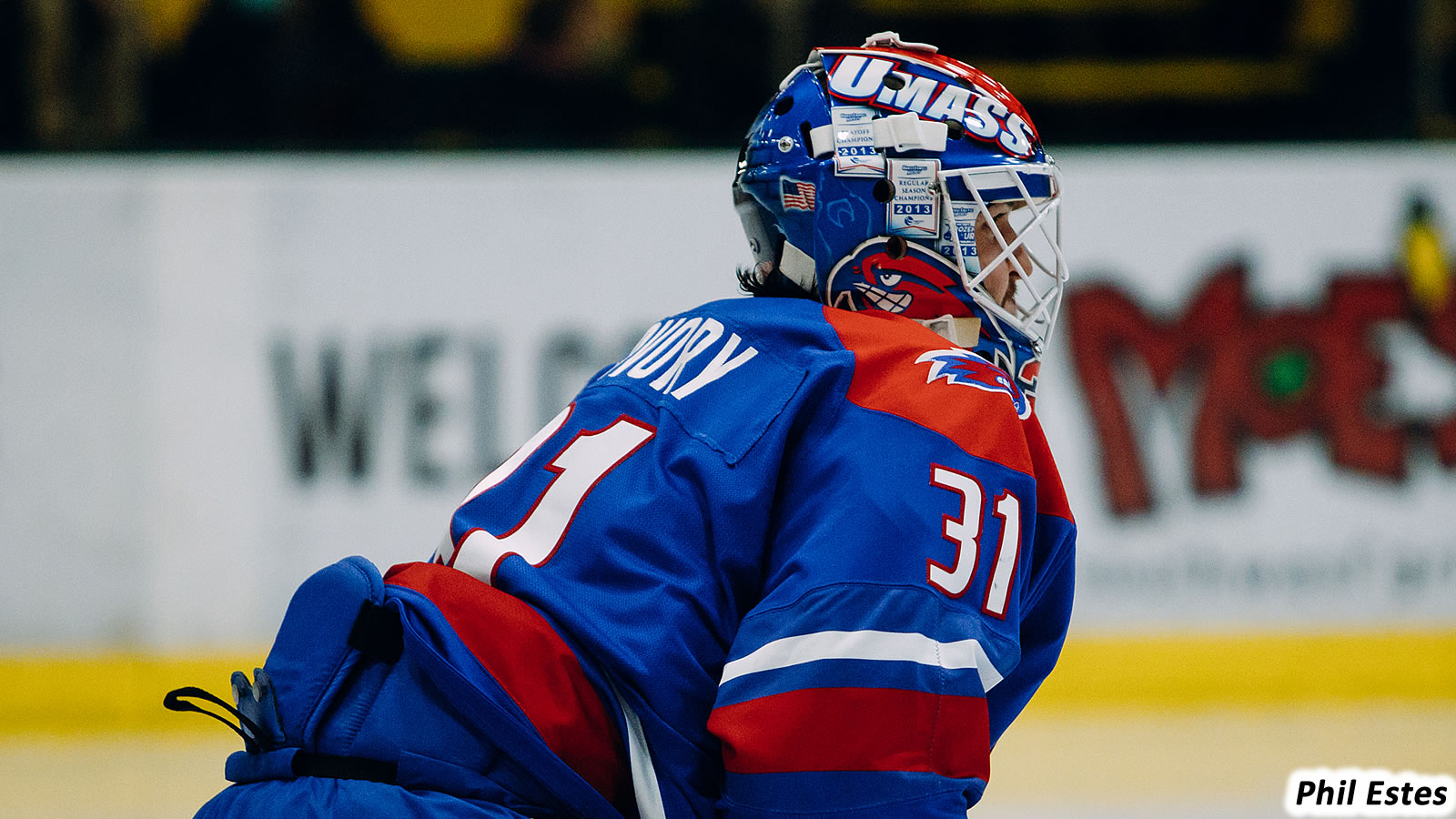 With the win, the River Hawks reached the coveted 20-win threshold for the first time since the 2016-17 season, when they last brought home the Hockey East Championship trophy. The pair of wins over the Wildcats also secured a first-round bye and hosting privileges for their Hockey East Quarterfinal matchup on Saturday, March 12.

Junior Carl Berglund (Hammaro, Sweden) notched the lone goal for the River Hawks in the highly defensive outing off assists from sophomore Brehdan Engum (Burnsville, Minn.) and junior Andre Lee (Karlstad, Sweden). Berglund now leads the team in assists with 19 and points with 26 alongside his fellow countryman Lee.

Senior Owen Savory (Cambridge, Ontario) had a standout performance in net for the River Hawks. With his 23 saves, Savory earned his fifth shutout of the season and the tenth of his career. The Canadian netminder also led the River Hawks' penalty kill unit on another impressive showing, shutting down all four Wildcats' power play chances.

"We're excited to finish the regular season in this fashion with a team shutout and an opportunity to register 20 wins. I don't know how many wins we ended up within the league, about 15 or so," said Head Coach Norm Bazin. "Those are all good things, and now we turn our attention to playoffs."

The first period heavily favored the River Hawks as they slammed UNH goaltender David Fessenden with 11 shots in the opening 20 minutes. Both teams earned power play opportunities, but neither squad was able to capitalize, forcing them into the first break at a stalemate.

UMass Lowell quickly ended the scoring drought in the opening minutes of the contest. Battling through opposition, Lee and Berglund pestered the UNH defensemen along the boards to maintain possession deep in the zone. The aggressive River Hawks forecheck paid off as Berglund picked the puck off the poke from Lee and sent it out to Engum on the blueline. Firing in the puck from range, Engum's shot bounced off UNH's Liam Devlin and landed at Berglund's feet. A quick reaction from Berlglund allowed the Swedish forward to flick the puck past an unsuspecting Fessenden to give UMass Lowell the 1-0 lead.

The Wildcats applied the pressure throughout the remainder of the second period, registering 10 shots on goal to UMass Lowell's 11. A stalwart River Hawks blueline stifled their attempts, however, sending the home squad into the final intermission with the one-goal lead.

UNH upped their offensive in the final block, but the River Hawks' seemingly unbreakable defense squashed each attempt. With time dying down, UNH pulled Fessenden in favor of the extra skater and fired several close shots deep in the zone. Confident goaltending by Savory shot down the late-game efforts to secure the critical weekend sweep and 1-0 victory for UMass Lowell.

The River Hawks await their next opponent as they ready to host a 2022 Hockey East Quarterfinal game on Saturday, March 12.