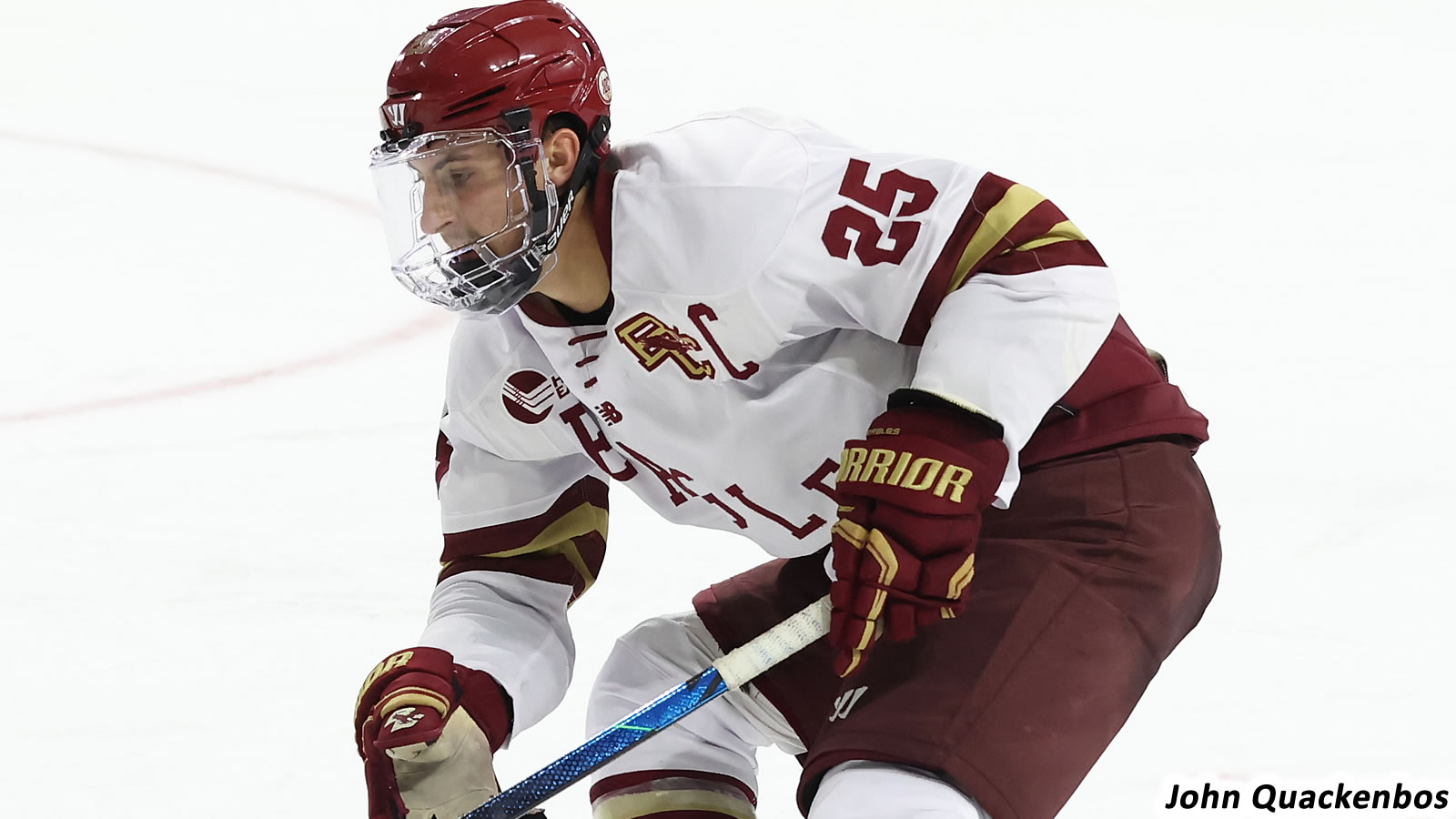 CHESTNUT HILL, Mass. - Senior captain Marc McLaughlin's second goal of the night with 9:04 left in overtime propelled No. 8 seed Boston College to a thrilling 4-3 victory over No. 9 seed New Hampshire on Wednesday night in the Hockey East Opening Round at Kelley Rink.

The Eagles (15-17-5) advance to face Hockey East Regular Season Champion and No. 1 seed Northeastern at Matthews Arena on Saturday night at 7:30 p.m.

The Wildcats (14-19-1) came back from 3-1 down in the third period to force overtime, but Marshall Warren set up McLaughlin at the left doorstep and the senior roofed a shot to beat Mike Robinson and win the game.

McLaughlin became BC's first 20-goal scorer since former captain David Cotton three seasons ago. He scored his 20th and 21st goals of the season while adding an assist for a three-point night. Jack McBain also posted three points on a goal and two assists, extending his goal scoring streak to seven games.

Eric Dop registered a season-high 42 saves for the third time in his last four games, pushing his personal winning streak to four in a row.

McBain handed the Eagles an early lead six minutes into the night, firing a left wing drop pass from Marshall Warren high glove side to beat Robinson. Tyler Ward tied the game with 1:43 left in the first by finishing his own rebound past Dop from the low slot.

Boston College killed off three consecutive UNH power plays early in the second period, which included a shorthanded goal from Nikita Nesterenko at 2:48. The sophomore took a clear from Jack St. Ivany and created separation for a partial breakaway before tucking a forehand through Robinson's five-hole.

BC doubled its lead on the power play late in the middle frame. Drew Helleson reached out to tip a pass in the slot which deflected to McLaughlin and the senior's quick snap shot beat Robinson blocker side.

Tyler Ward capped off a hat trick with a pair of power play goals in the third period for UNH.