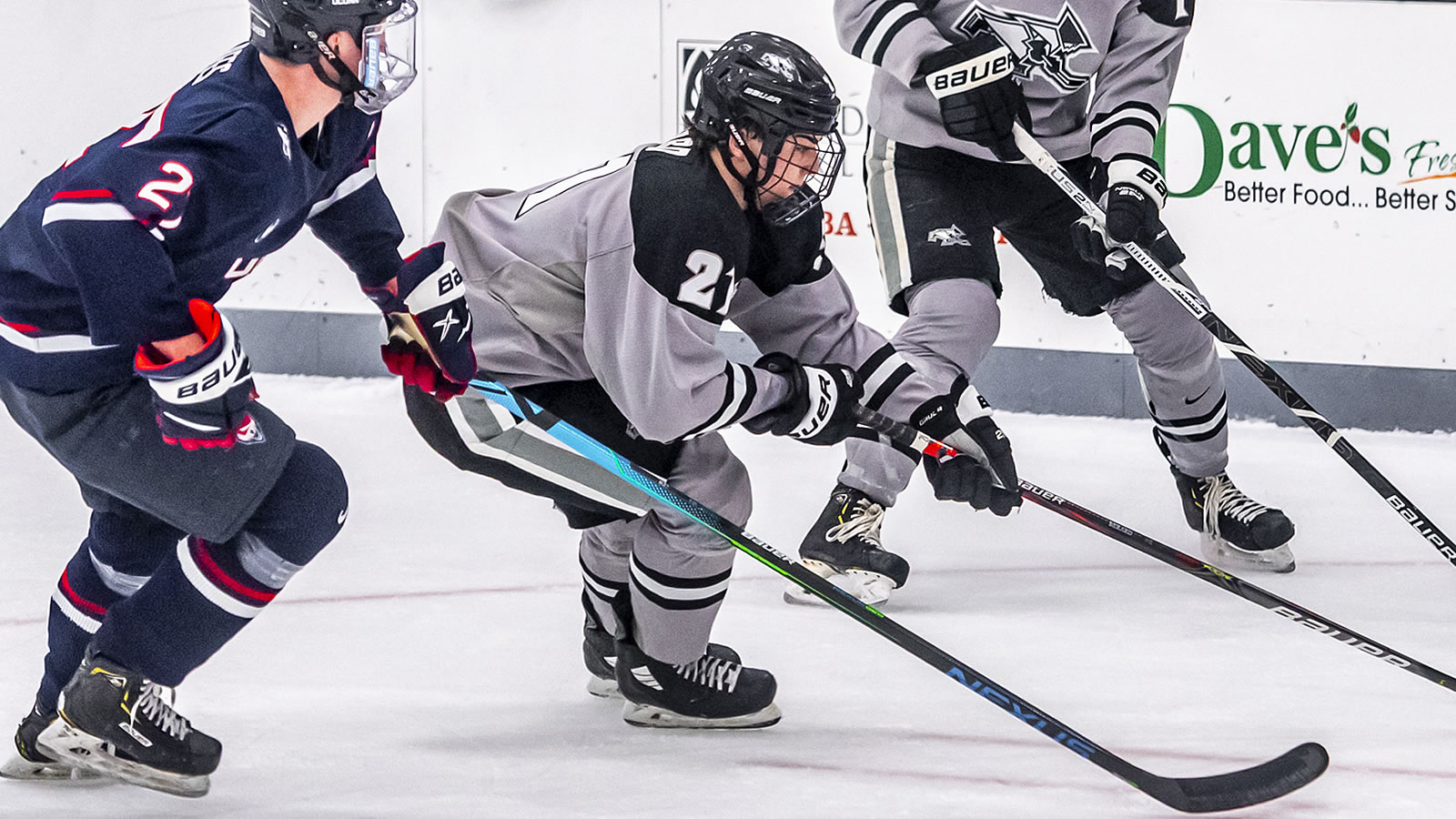 PROVIDENCE, R.I. - Cody Monds and Brett Berard scored, while Jaxson Stauber made 17 saves as the seventh-seeded Providence College men's hockey team advanced to the Hockey East Quarterfinals with a 2-1 win over Vermont in Opening Round action on Wednesday (March 9) at Schneider Arena. With the win, the Friars will faceoff against second-seeded UMass on Saturday night (March 12) at 7 p.m. at the Mullins Center.

- Both teams skated through the opening period scoreless. The Friars held a 16-4 advantage in shots during the opening frame.

- Providence broke the ice, 1-0, at 6:01 of the second period with a goal from Cody Monds, who won a race for a loose puck and beat Carriere on a breakaway. It was Monds' fifth goal of the season and third against the Catamounts this year. Jaxson Stauber earned his fifth assist of the season on the play.

- Brett Berard extended the Friars' lead to 2-0 at 3:19 of the third period off a toss from the half wall, assisted by Parker Ford, for his 18th goal of the season. Berard won a battle along the boards and sent a shot towards the net which deflected off a Vermont defenseman and in.

-Vermont got on the board, 2-1, with a 6-on-4 advantage with 1:58 to play after Patrick Moynihan was whistled for a trip and goaltender Gabe Carriere was pulled from net.

- The Friars held on during a frantic final minute for the win and earned their fourth win of the season against the Catamounts in four attempts.

- The Friars will look to avenge last year's season-ending loss in the Mullins Center in the Hockey East Semifinals. The Minutemen claimed this year's series, 2-1-0, but the Friars took the last meeting back on Jan. 28 in Amherst by a 2-1 score. Providence is 2-1 all-time against UMass in postseason play.

The Friars continue Hockey East tournament play as they take on the UMass Minutemen in the Quarterfinal Round in Amherst, Mass. this Saturday, March 12.