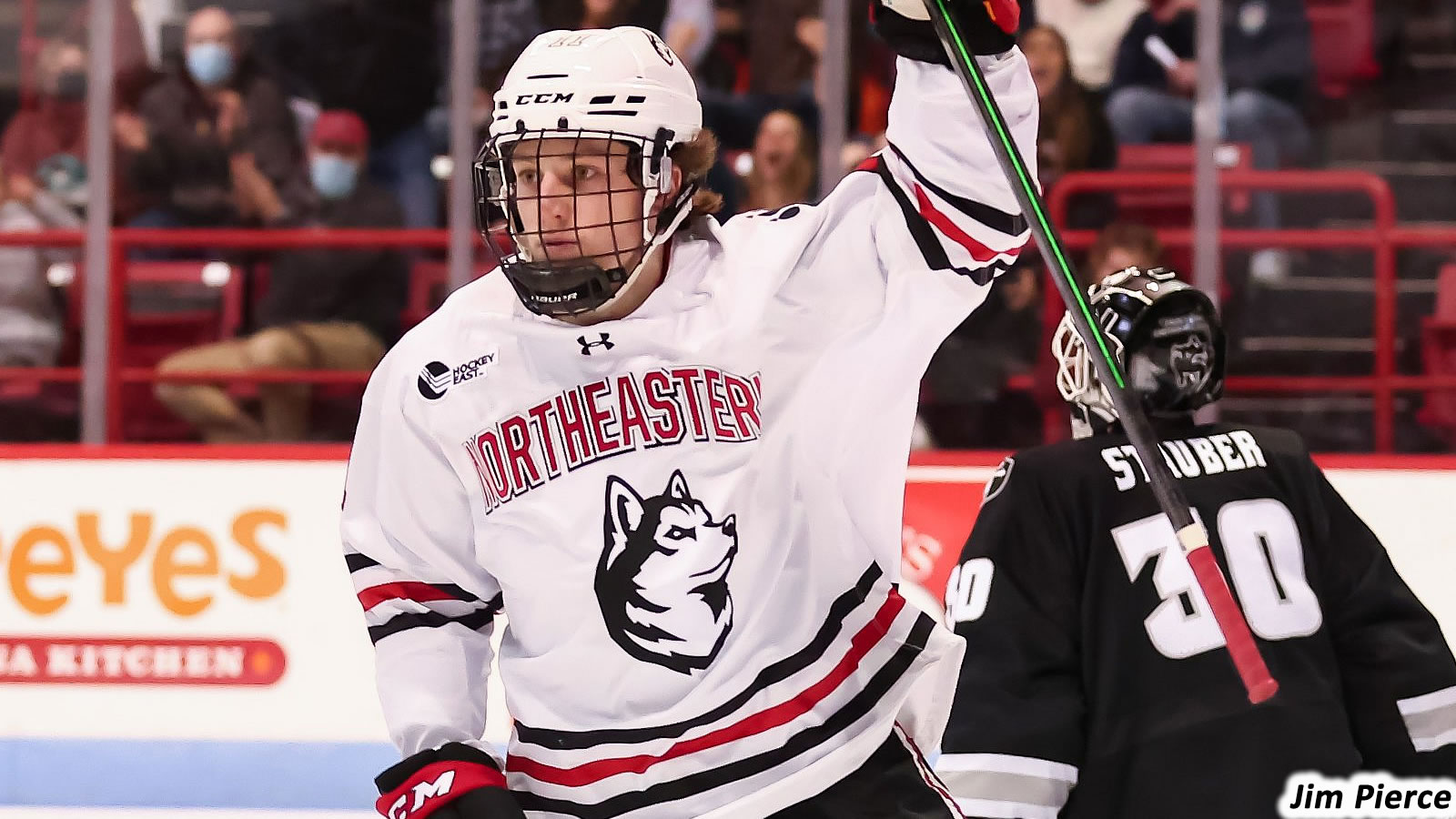 BOSTON - In their Hockey East quarterfinal matchup, the No. 1 seed Northeastern Huskies (25-11-1) defeated the No. 8 seed Boston College Eagles (15-18-5) by a score of 3-2 at Matthews Arena on Saturday night.

- The teams skated to a 0-0 draw after one period; Northeastern opened up with an early shot lead, but the period would end with a 12-11 advantage for BC.

- Northeastern would strike first 3:32 into the 2nd period; off a faceoff, Jayden Struble (11) pushed the puck up-ice through contact on the left-side boards to Jakov Novak (8). Novak found a rushing Gunnarwolfe Fontaine (8) on the ride side and he beat Eric Dop through the pads with the one-timer.

- The Huskies would extend the lead midway through the frame when Novak picked up a loose puck in the offensive zone and passed to Fontaine on the right side; Fontaine found Justin Hryckowian (7) rushing towards the net and he went forehand-backhand to put the puck past Dop for the 2-0 lead.

- The lead was pushed to 3-0 in the final minute of the frame when Jack Hughes (9) collected a high, lofted pass from Aidan McDonough (14) and found Sam Colangelo (12) on the right. Colangelo winded up a shot from the right face-off dot and sent a rocket into the back of the net.

- The Eagles fought back in the third outshooting Northeastern 25-9 in the period. With a power play goal from Helleson and an even-strength goal from Warren, BC was able to cut the lead down to just one goal. The Huskies defense would hold on for the four minutes of play.

- The Huskies advance to the Hockey East semifinals for the third time out of the last four tournaments.

It will be a battle of the Huskies next Friday afternoon as Northeastern advances to take on the no. 4 seed UConn Huskies on Friday, March 18 at 4 p.m. at TD Garden. The game will be broadcast on NESN.