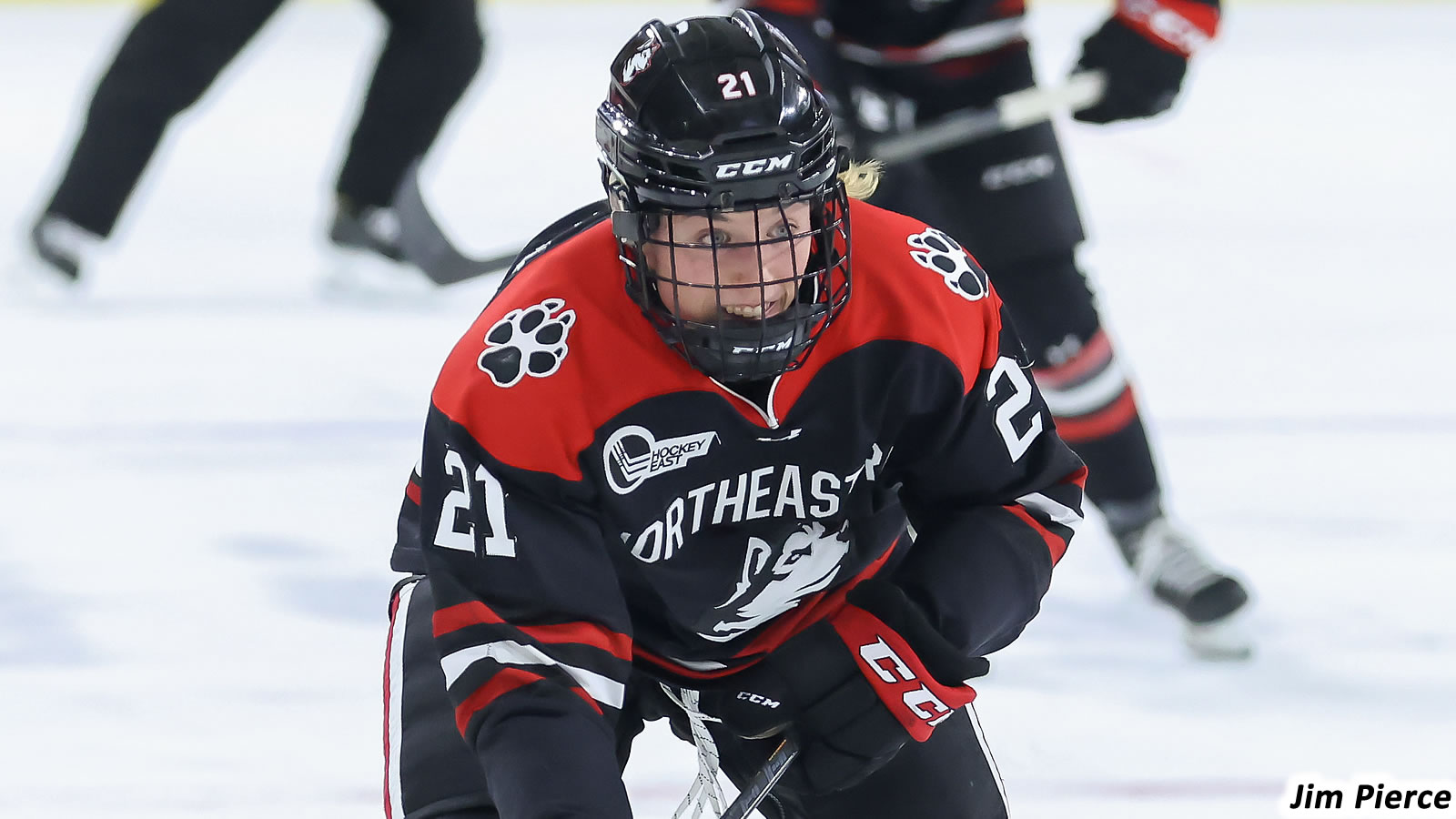 BOSTON, Mass. - The No. 3 Northeastern women's hockey team punched its ticket back to the Frozen Four after taking down No. 5 Wisconsin, 4-2, in the NCAA Quarterfinals on Saturday afternoon at Matthews Arena. The Huskies were able to send their seniors off in style with a victory in what will serve as their final home game in Matthews.

Goaltender Aerin Frankel made 39 saves in an exceptional effort in net. Maureen Murphy posted the game-winning goal for the Huskies, while also tallying an assist.. Brooke Hobson, Maddie Mills and Katy Knoll all recorded multi-point efforts for Northeastern.

Northeastern went two-for-three on power plays in what proved to be the difference maker for the Huskies. With the victory, Northeastern defeated Wisconsin for the first time at home and avenged a loss from the 2021 National Championship game.

- Five minutes into the first period, Knoll capitalized on a loose puck in front of the net to give the Huskies a 1-0 lead. Andrea Renner and Hobson provided assists on the power-play goal.

- Skylar Irving broke the 1-1 tie with a goal in the final seconds of the first period. Irving tipped in a shot from Knoll who was given the puck by Mills.

- Murphy scored the lone goal of the second period, in what was eventually the game-winner, at the 8:38 mark with assists from Chloé Aurard and Hobson.

- With 11:03 to go in the final period, Alina Mueller gave Northeastern a two-goal lead. Mueller was assisted by Murphy and Mills.

Northeastern will advance to the Frozen Four held in University Park, Pa. at Penn State's campus from March 18-20.