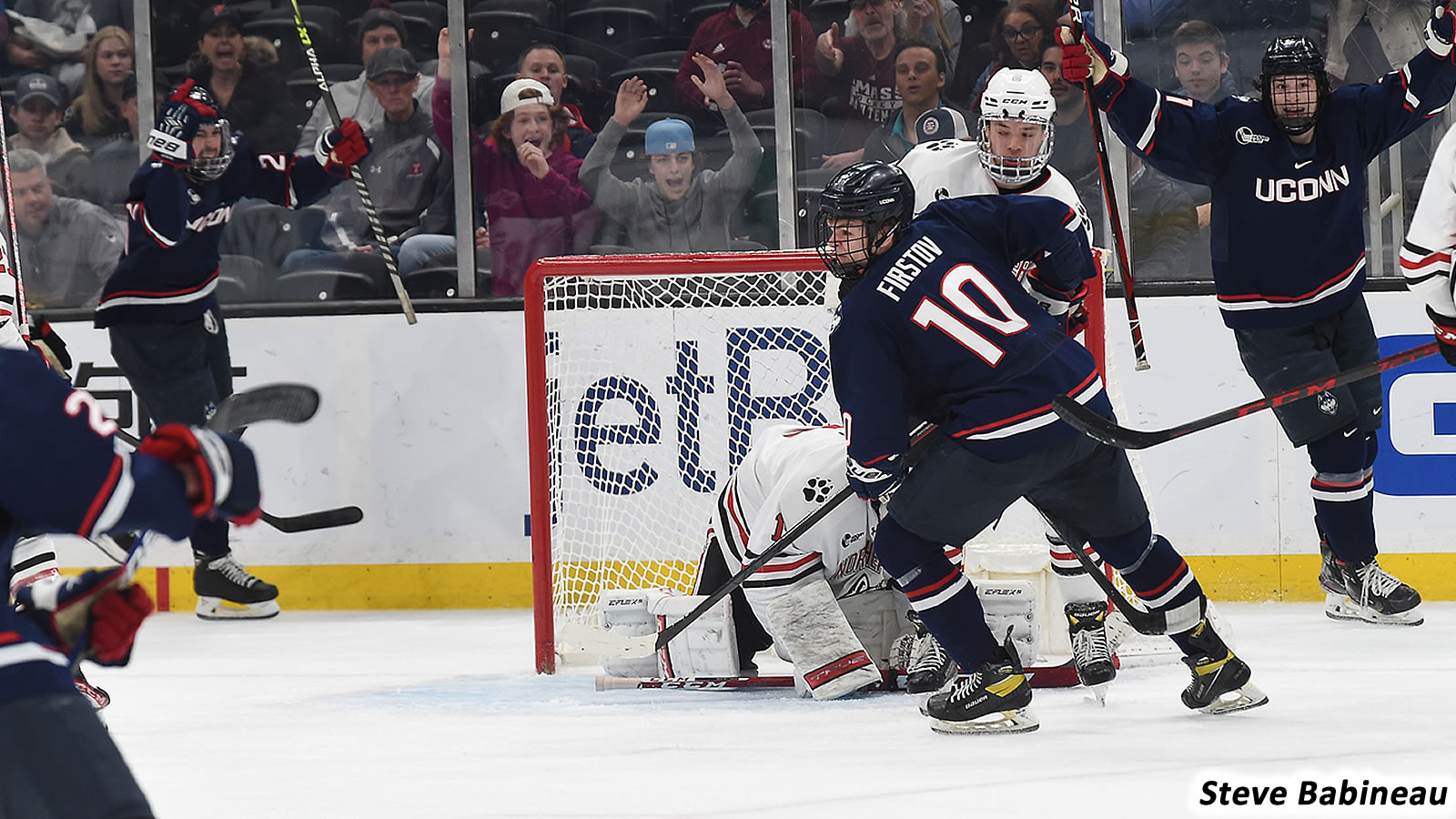 With the win, Connecticut, in its ninth season in Hockey East, advances to its first-ever appearance in the conference title game. The Huskies take on the winner of the second semifinal between second-seeded and defending Hockey East champion Massachusetts and third-seeded UMass Lowell at 7 p.m. (TV-NESN).

UConn had an early edge in the play, with a 12-7 advantage in the first, to start its impressive attack, outshooting the regular season champs, 37-25 for the game, tallying at least a goal in each period.

Connecticut's Vladislav Firstov opened the scoring at 11:39 of the first, tapping in a nice left-to-right feed from Nick Capone moments after a Northeastern penalty expired. Chase Bradley also assisted on Firstov's 11th goal of the season. At 14:13, NU tied it on its first power-play opportunity with Aiden McDonough firing one home from the top of the right circle. Jordan Harris and Gunnarwolfe Fontaine picked up assists on McDonough's league-leading 24th goal of the year, his sixth with an extra skater.

Five and a half minutes into the second with NU again on the power play, UConn captain Carter Turnbull's shorthanded breakaway bid was turned aside by Levi. Hanson was equal two minutes later, stopping NU's Jack Hughes on a partial break.

Bradley set up UConn's go-ahead goal at 13:47 of the middle period with two point-blank bids, one stopped by Levi and another off the post. Defenseman Roman Kinal followed him down the slot and beat Levi with his third of the season.

Connecticut sophomore Ryan Tverberg made it 3-1 jumping on a turnover deep in the Northeastern end and tucking it around Levi for his 14th of the year 4:32 into the third. Senior Marc Gatcomb capped the scoring with an unassisted empty net goal with 2:08 to go, his eighth

Levi, the Pro Ambitions Hockey East Rookie of the Year and first team all-star goaltender, finished with 33 saves while Hanson made 24 stops. UConn was 0-for-3 on the power play, scoring twice right after penalties expired, while Northeastern was 1-for-5.

Connecticut improved to 20-15-0, reaching 20 victories in a season for its first time in Hockey East. Northeastern fell to 19-13-3 with the loss and will find out Sunday if it advances to the NCAA tournament as an at large selection.

- Connecticut wins its first-ever semifinal after last week recording its first-ever tourney win over Boston University in the quarterfinals. They also now have won 20 games (20-15-0) for the first time in none

- UConn reaching the final means all 11 Hockey East programs have reached the title game. If it wins Saturday, they will become the ninth different champion (only UConn, Merrimack & Vermont yet to win title)

- This is the second postseason meeting between the two teams, and first in the semifinals. Northeastern hosted UConn in a 2017 opening round series, Northeastern swept the series, winning 3-1 and 6-2

- Top-seeded Northeastern was in its 11th semifinal (3-8), and won its last title in 2019, the last championship held at TD Garden. They captured its first regular season title this season.

- Both head coaches, Jerry Keefe of Northeastern and Mike Cavanaugh of UConn, each were making their first semifinal appearances as head coaches. Keefe, the Bob Kullen Hockey East Coach of the Year in his first season at NU, was a longtime assistant for Northeastern and was a part of the school's two most recent Hockey East titles. Cavanaugh, in his ninth season at UConn, was previously an assistant at Boston College where he was part of nine Hockey East titles. 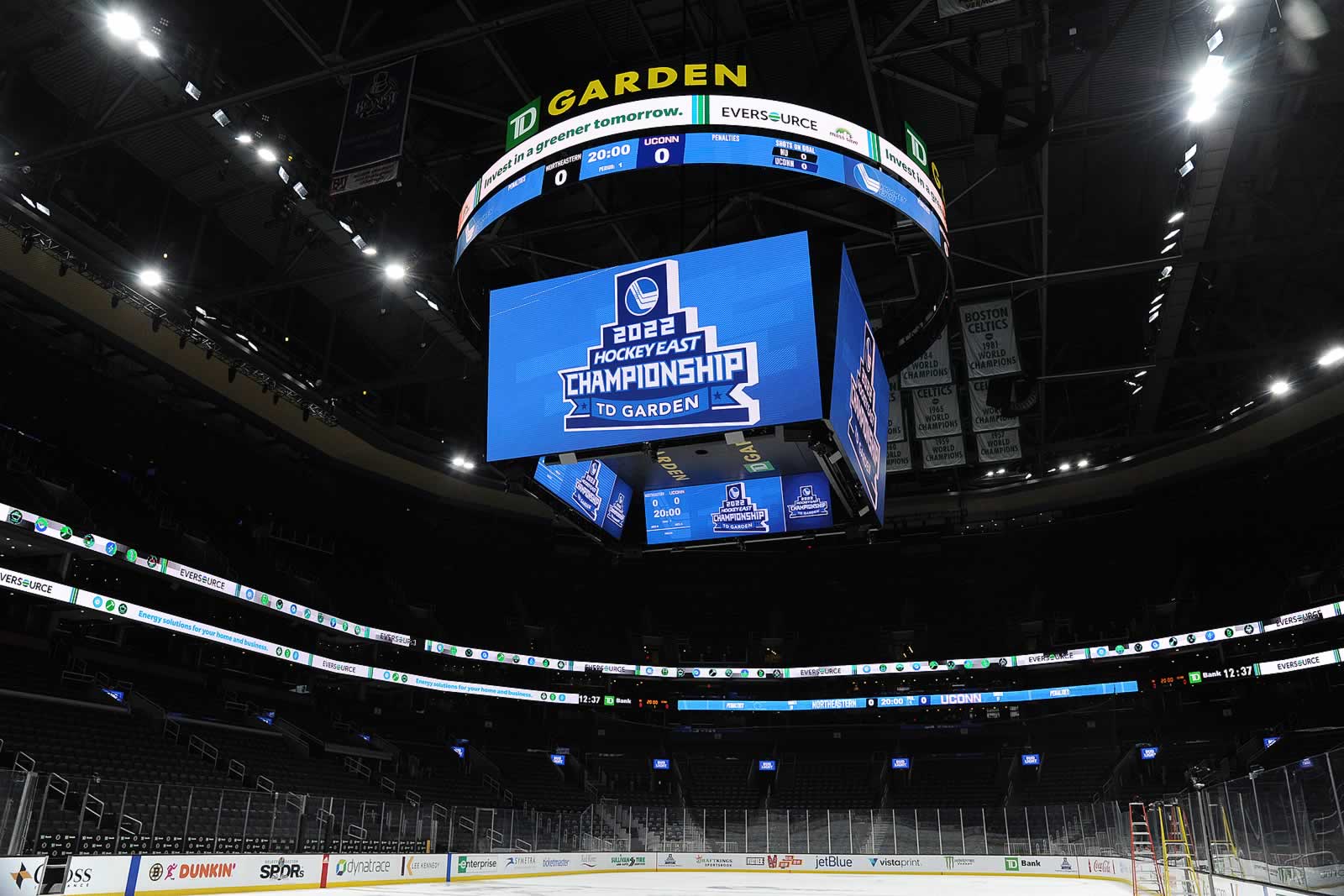 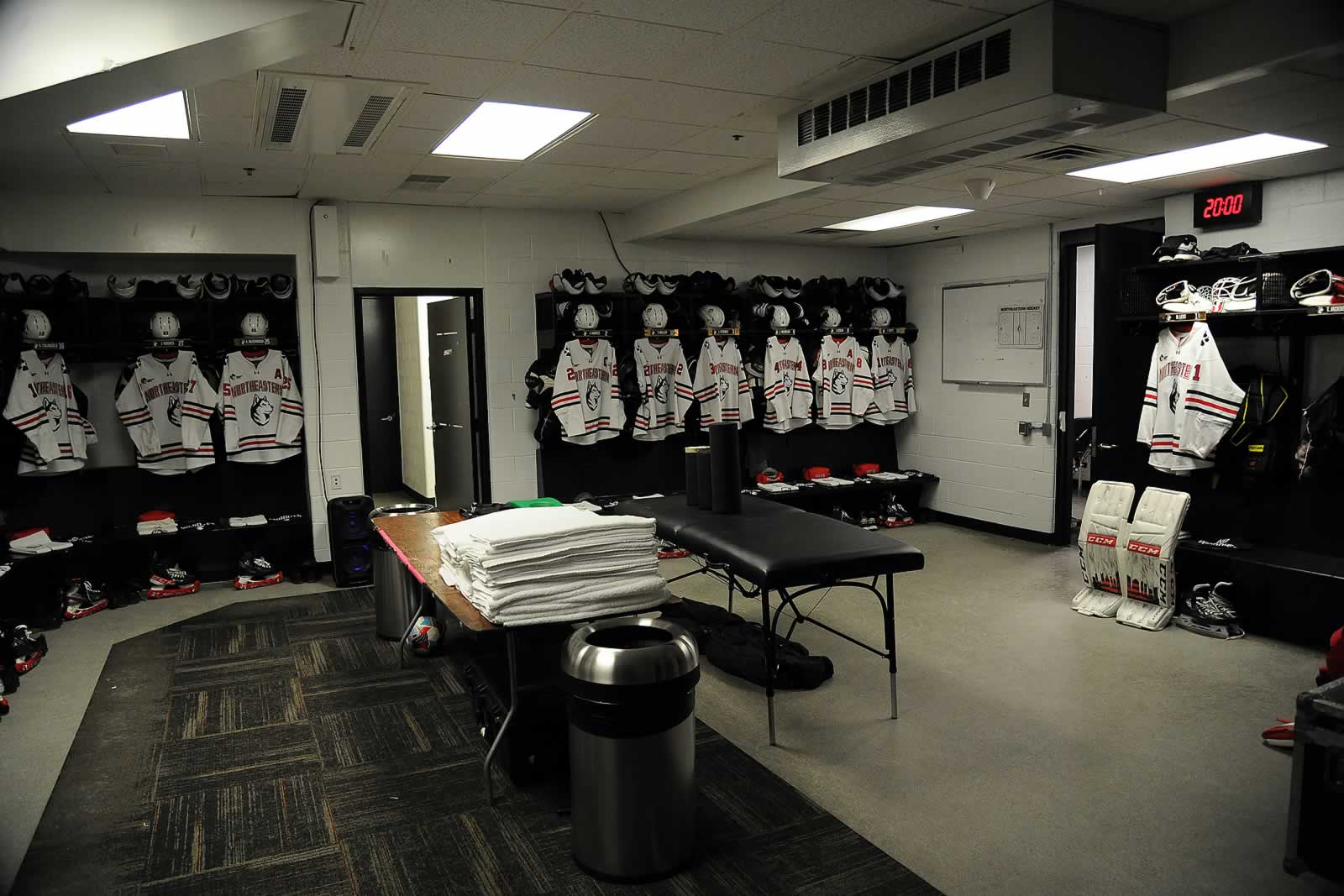 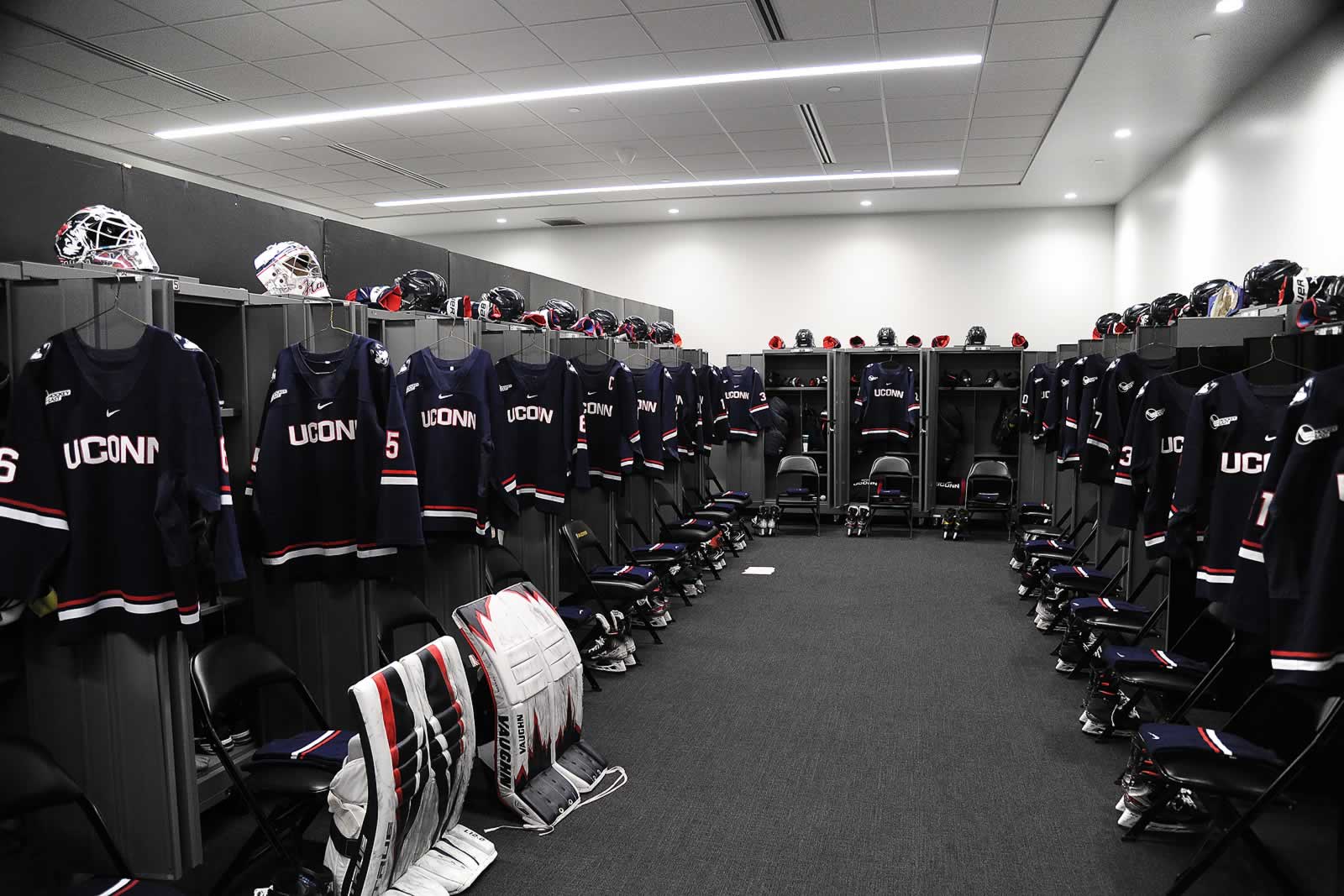 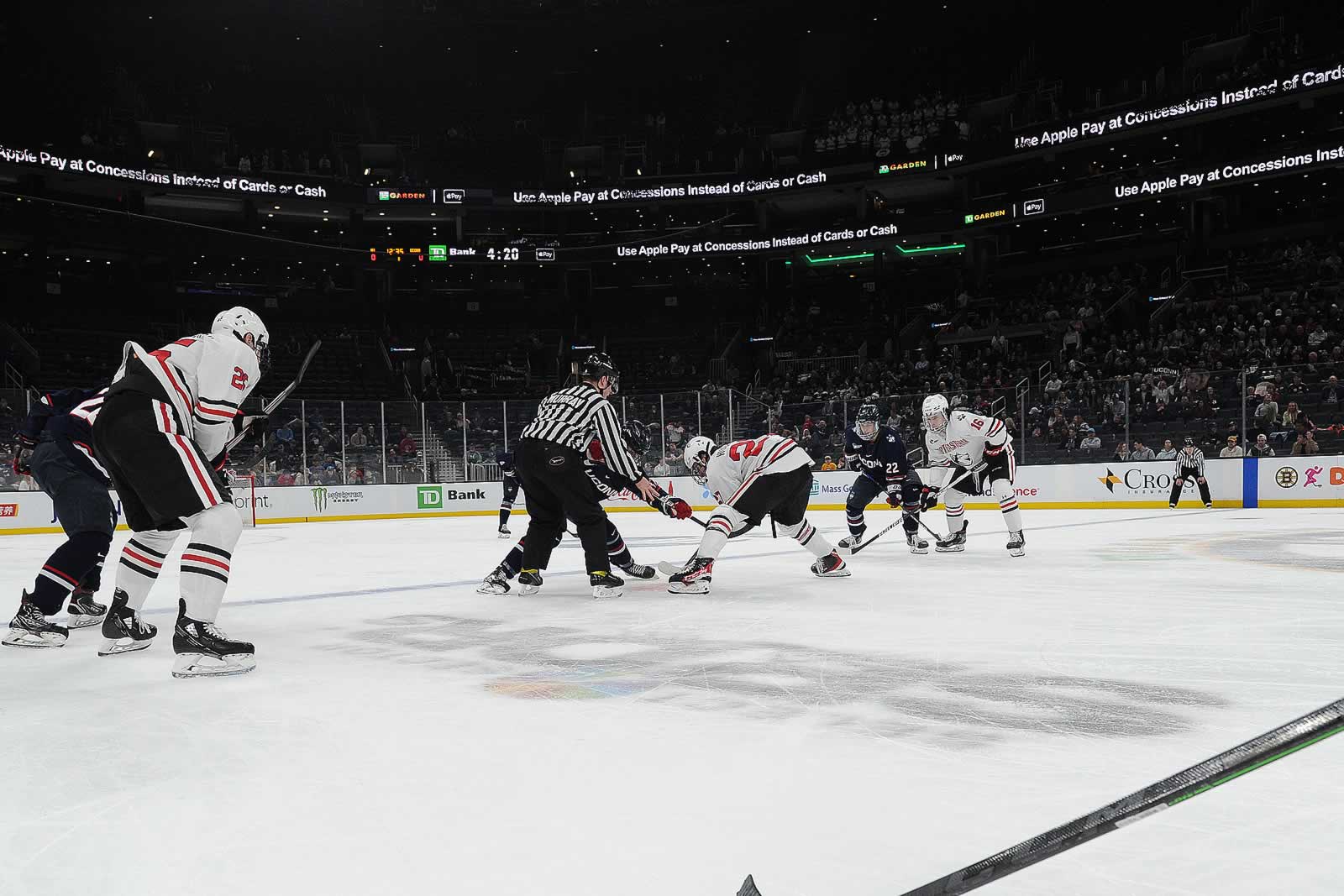 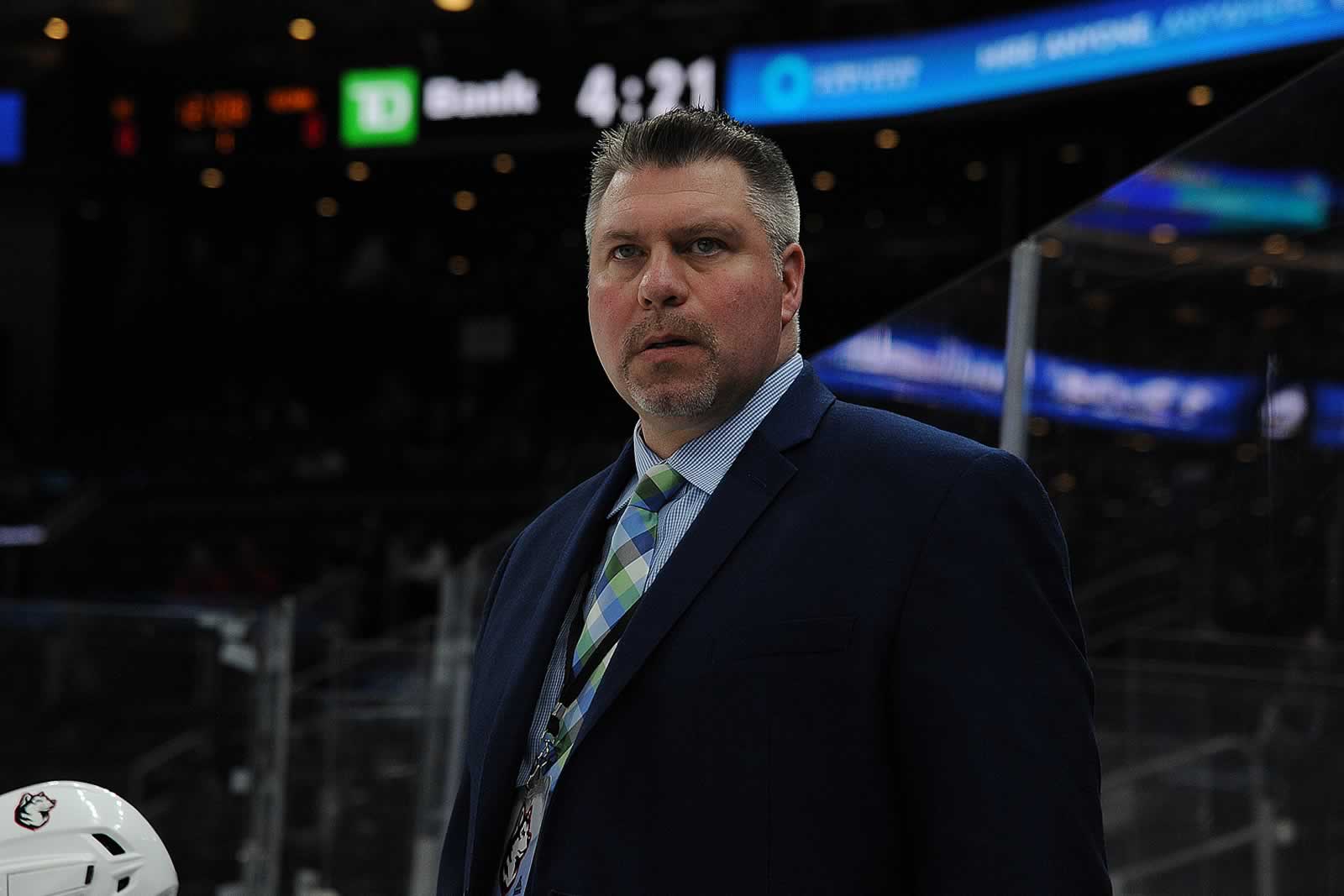 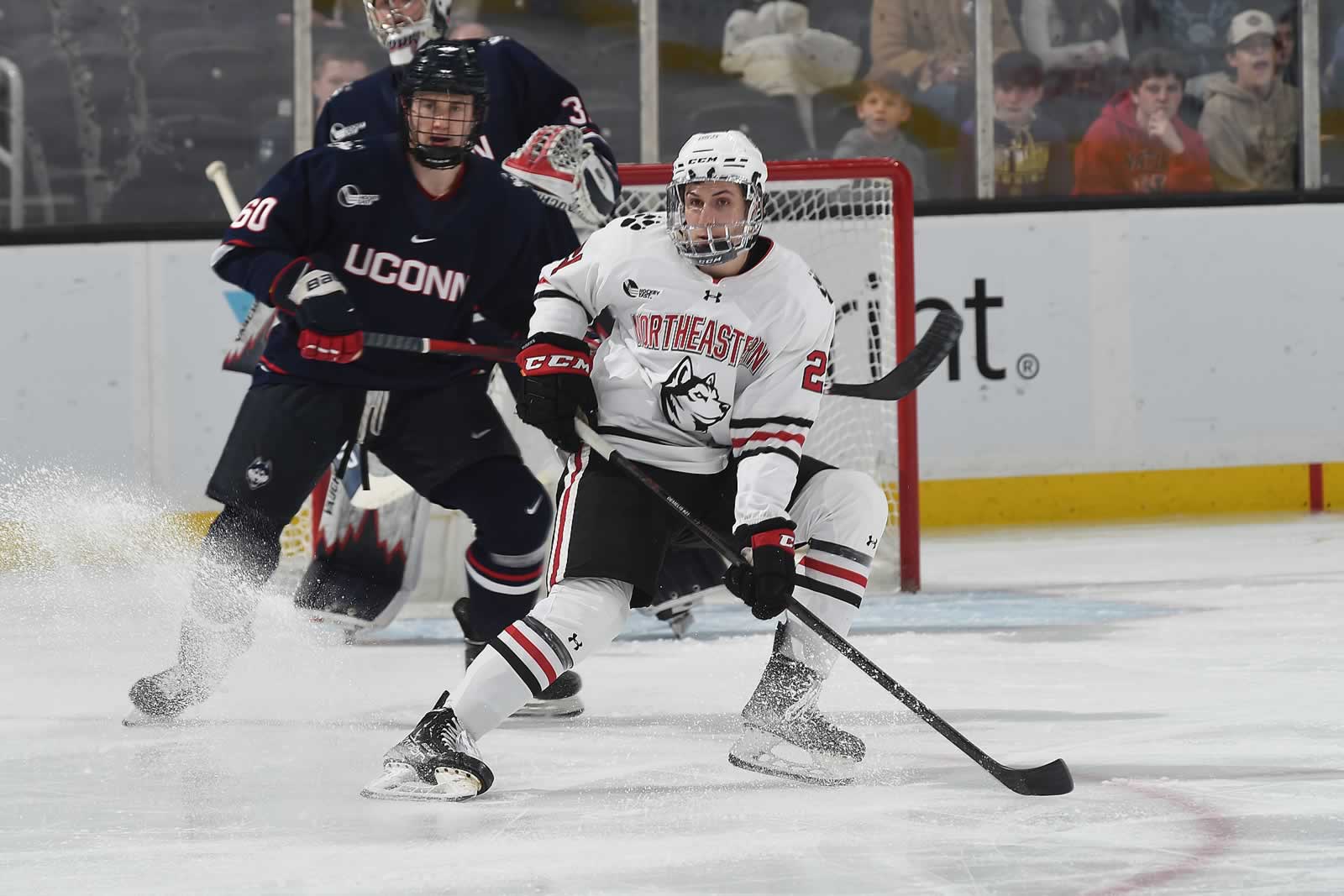 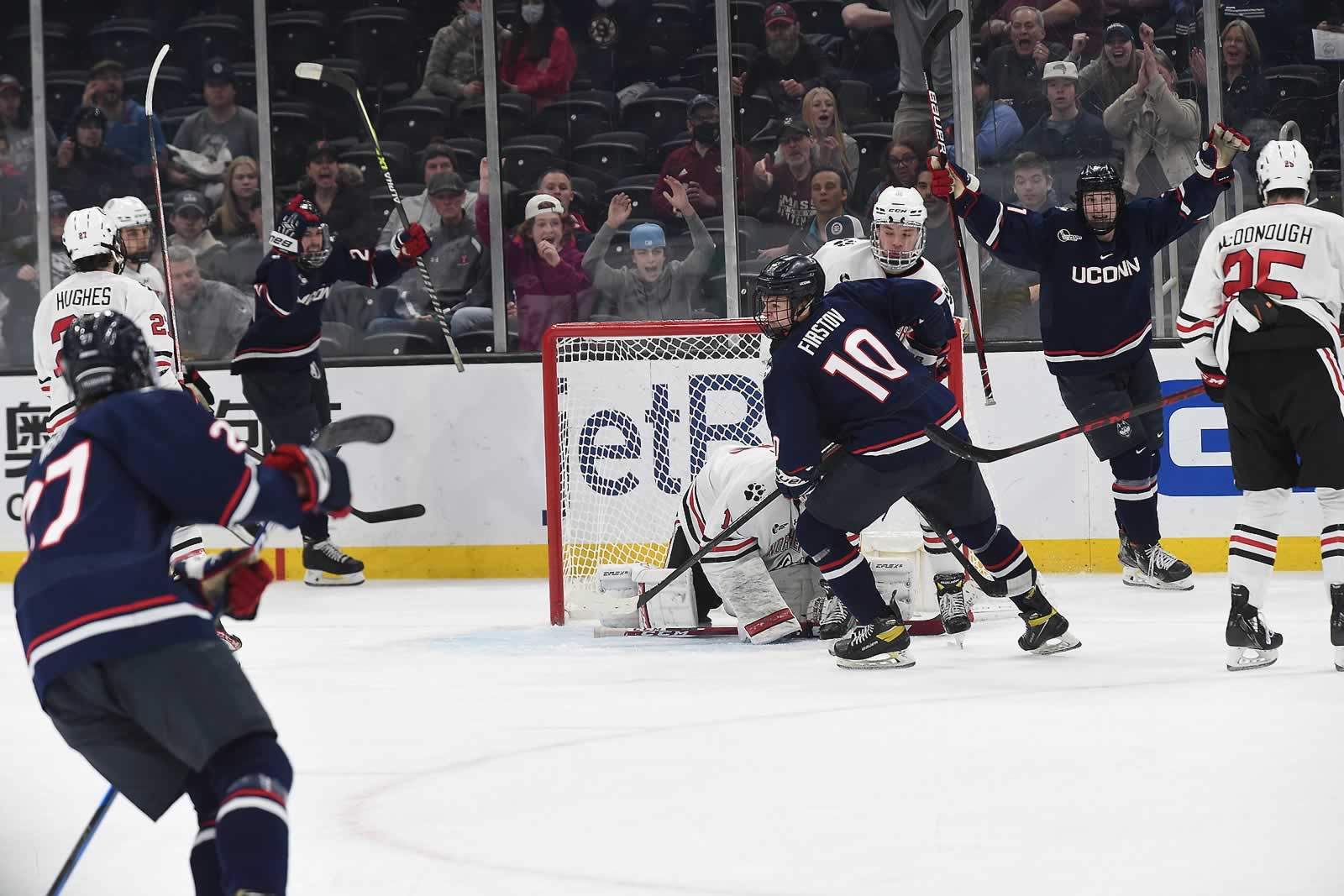 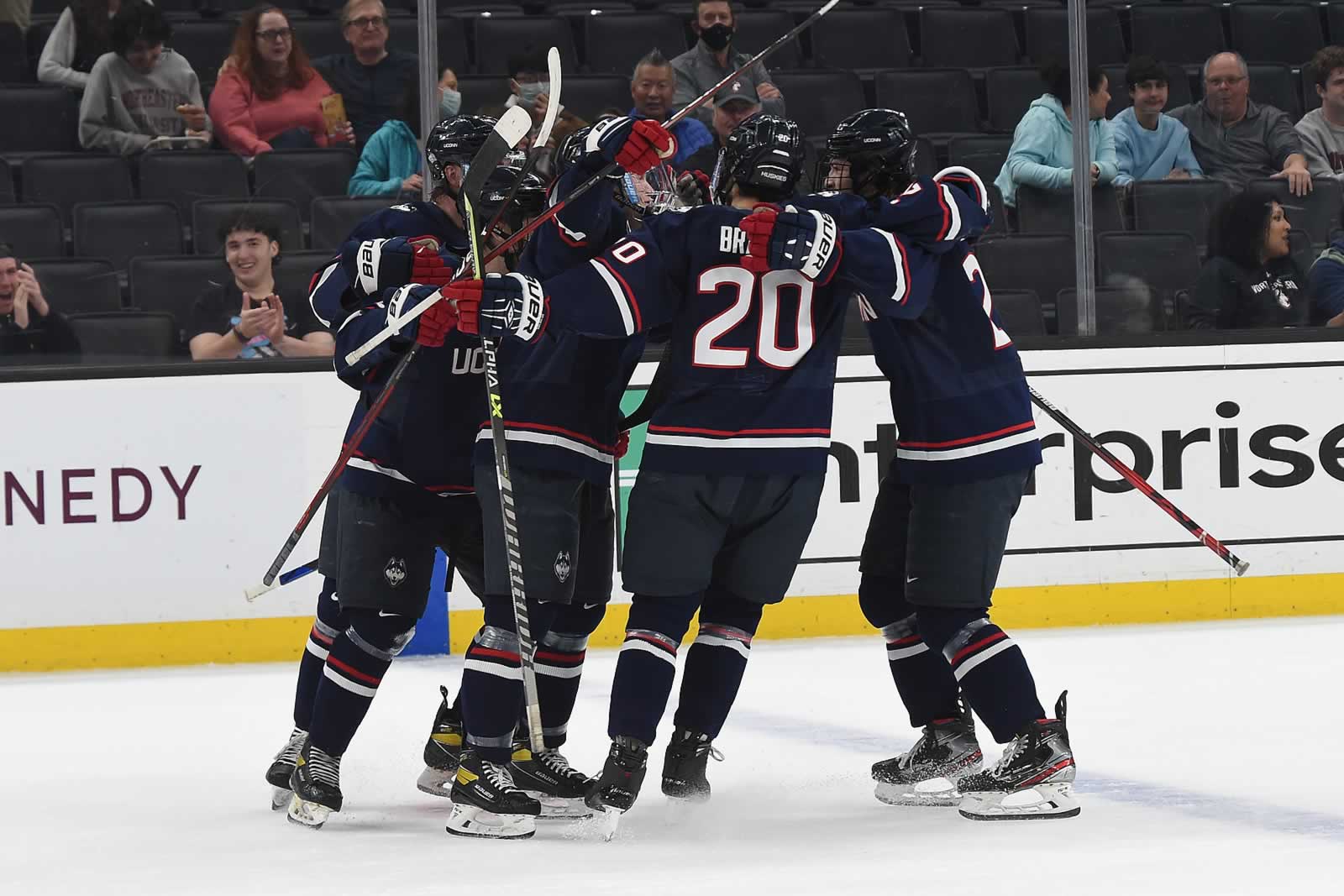 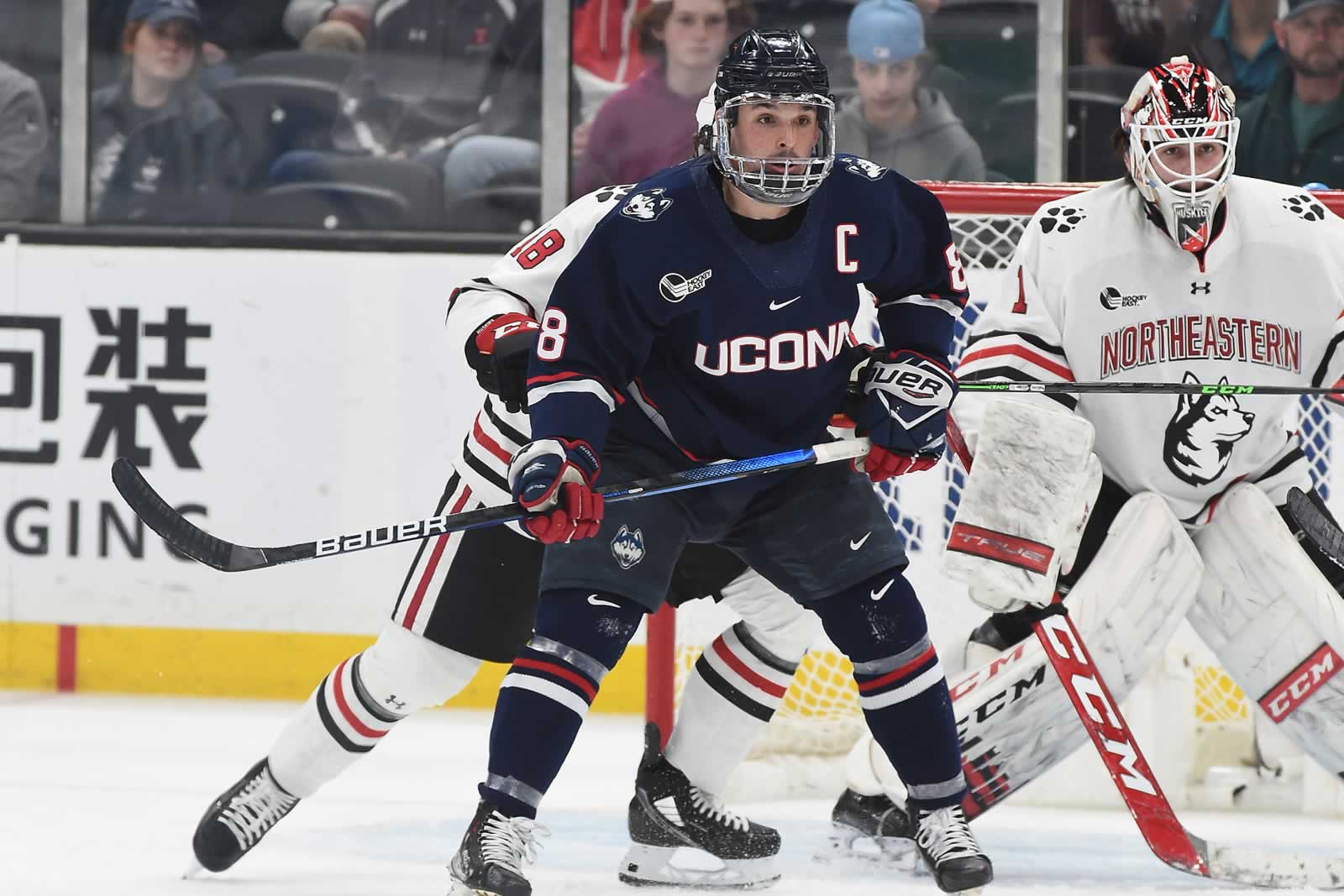 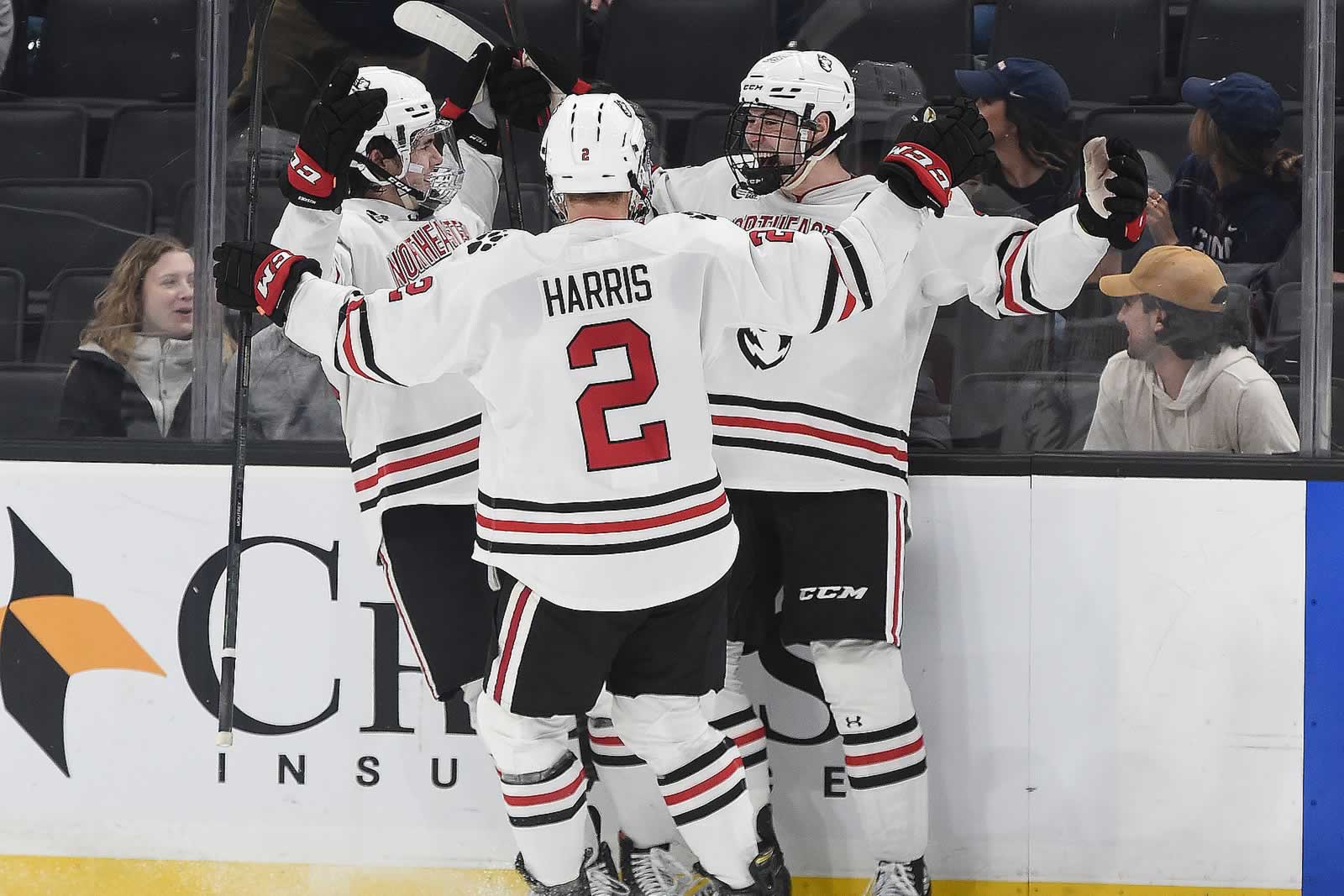 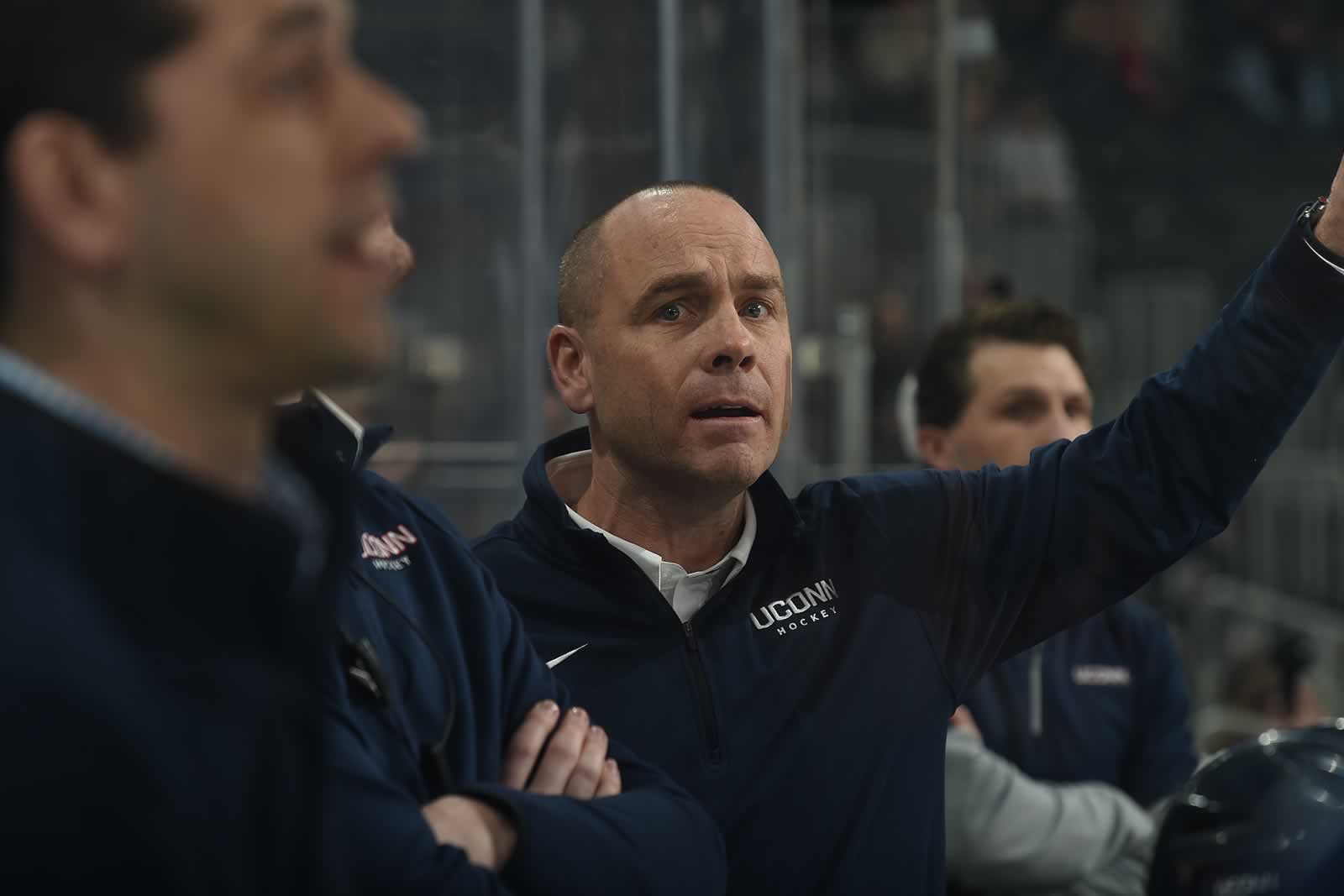 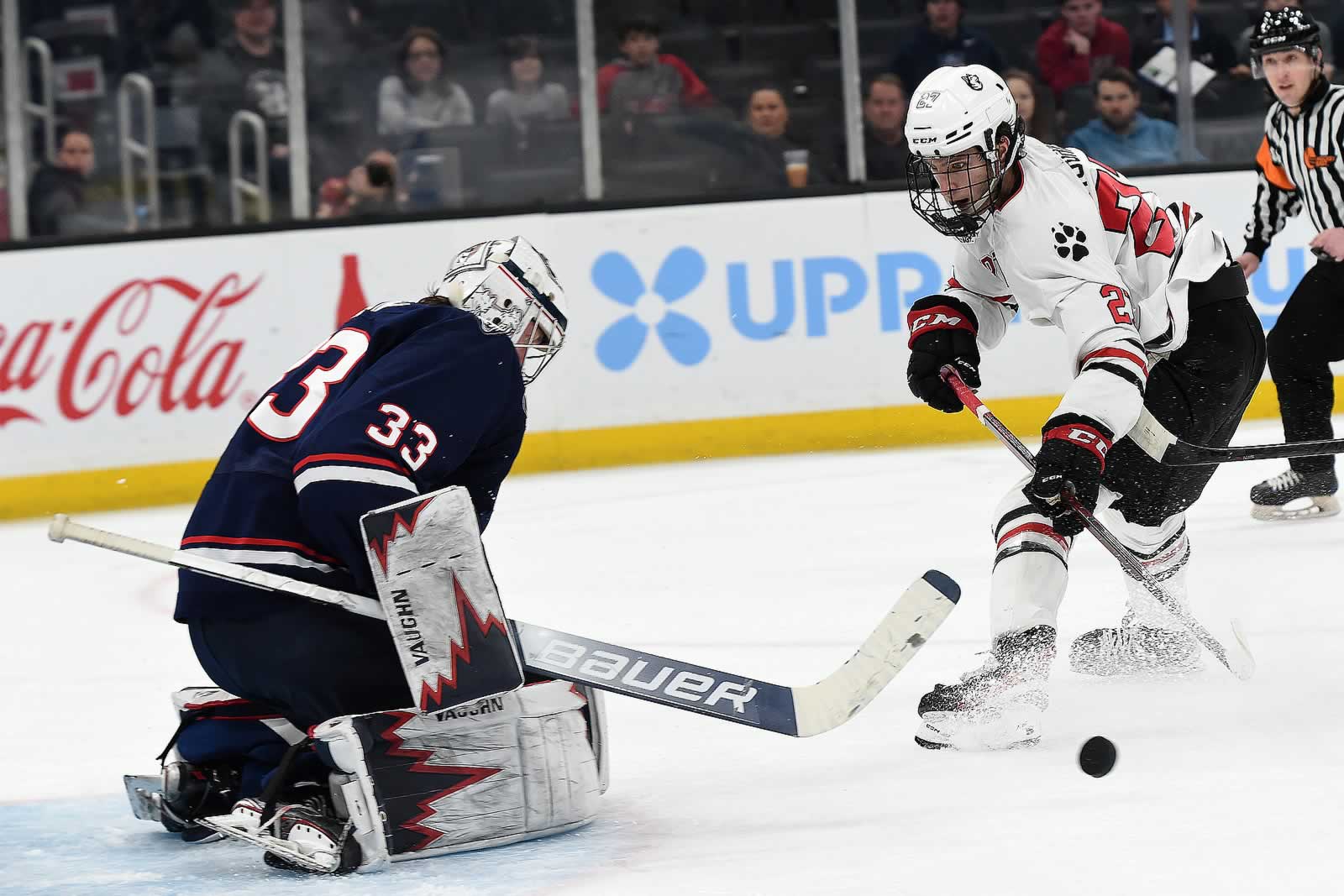 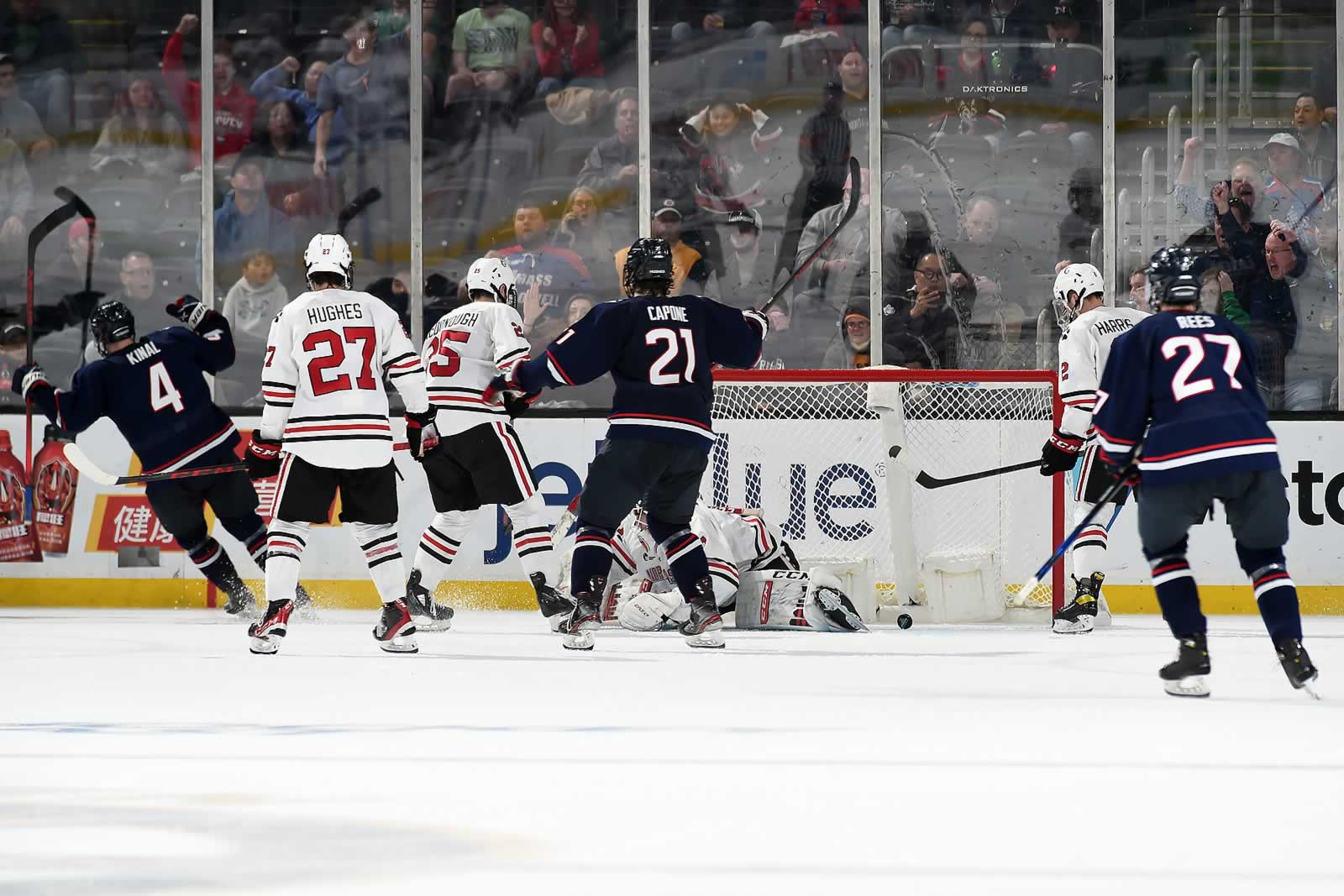 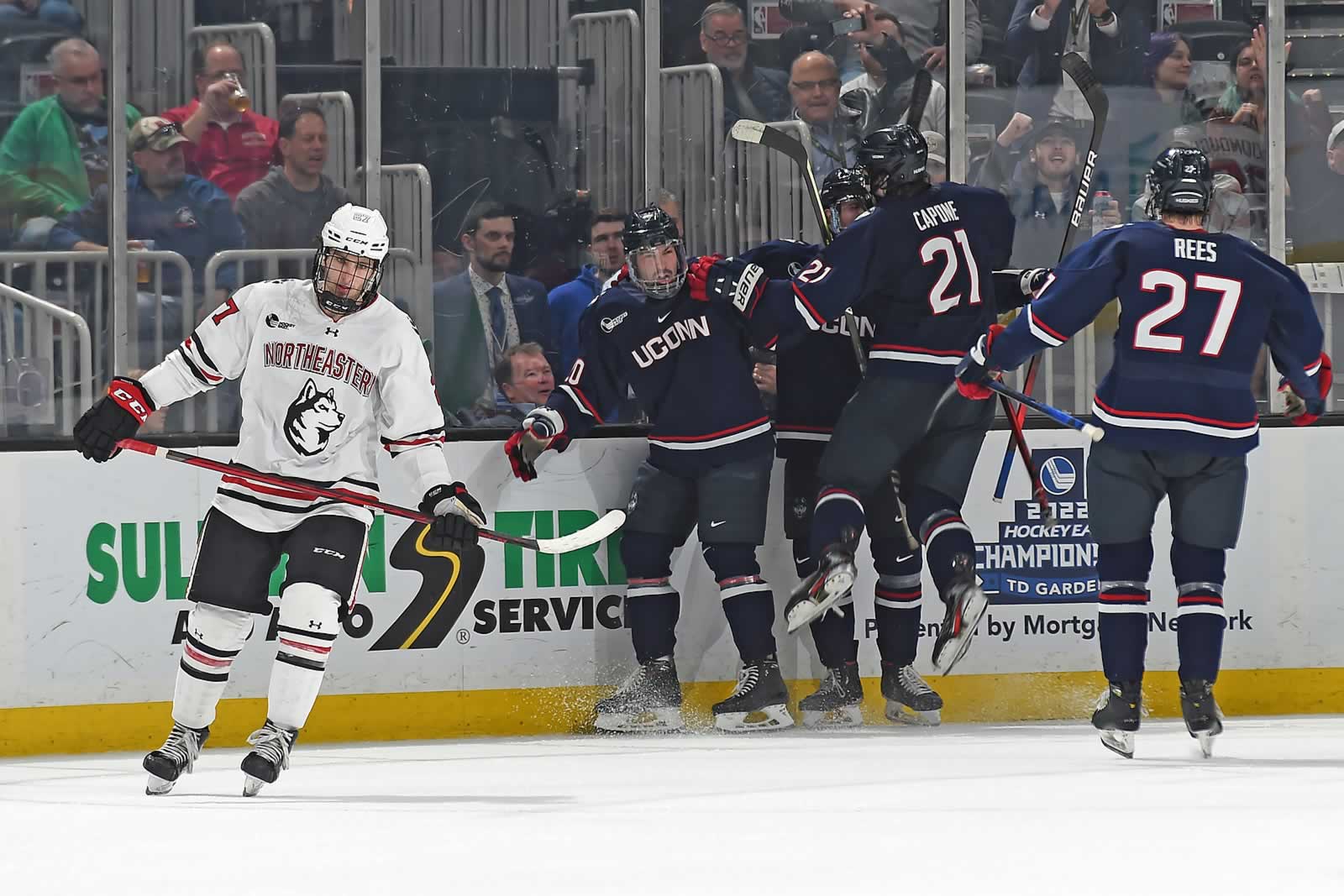 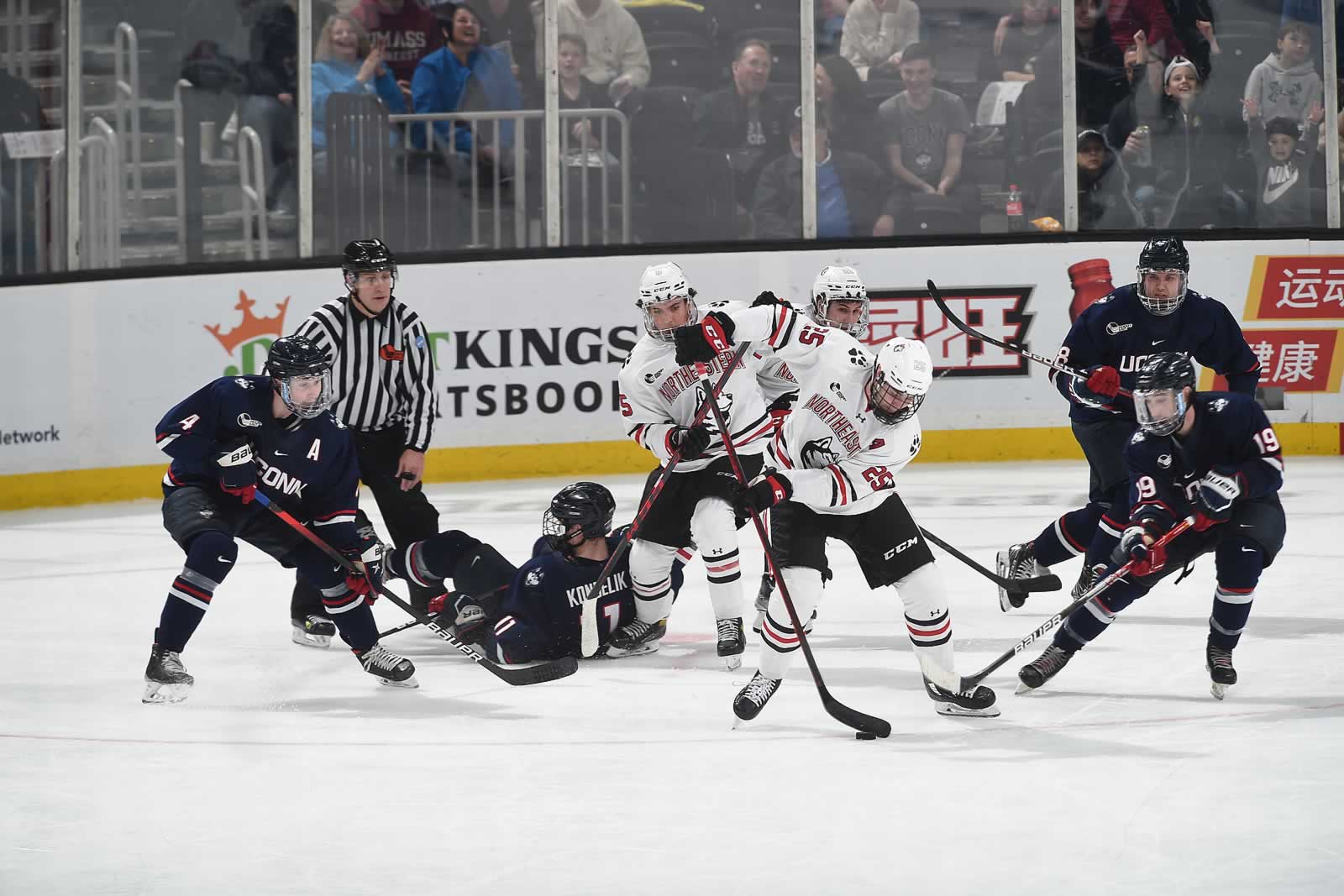 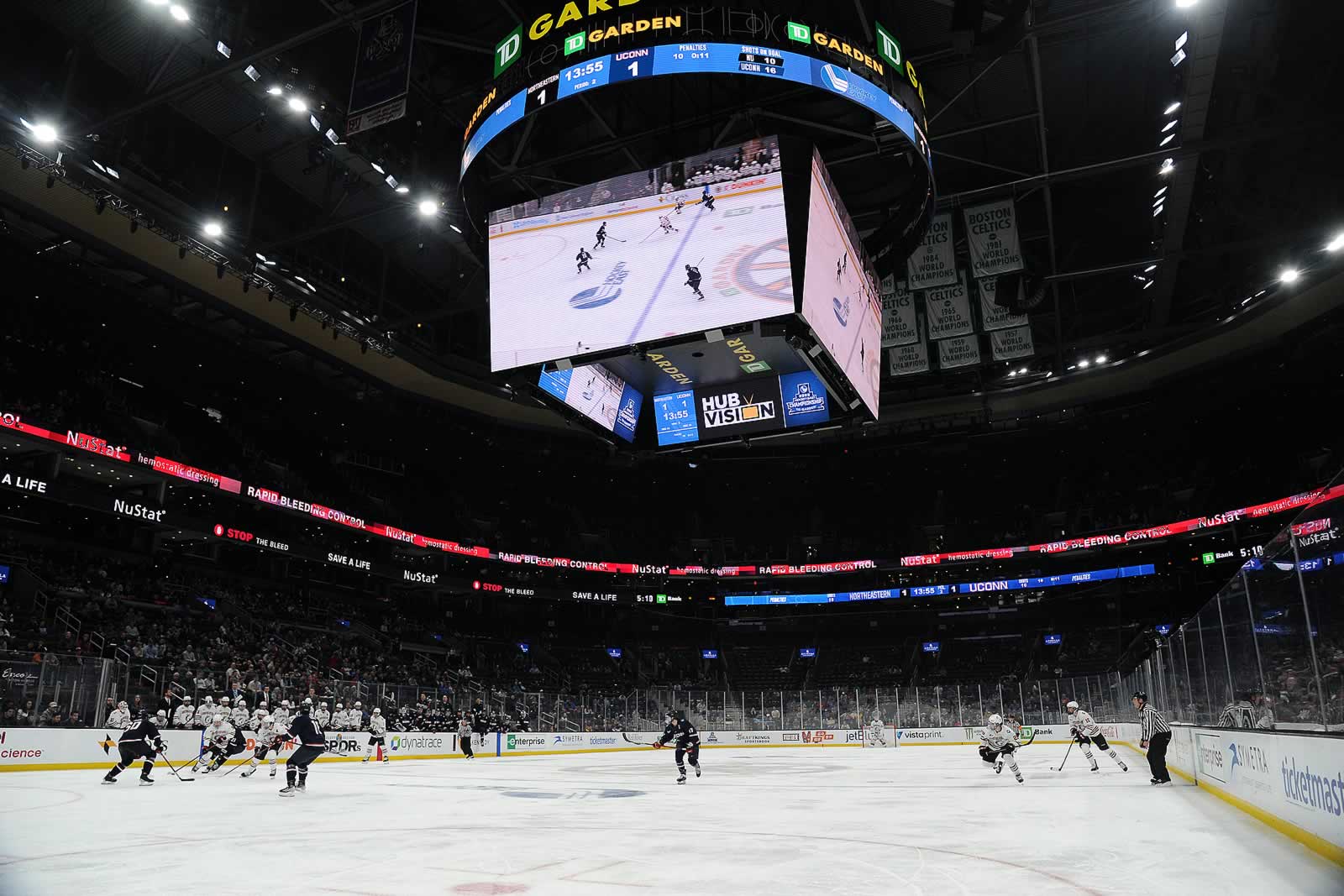 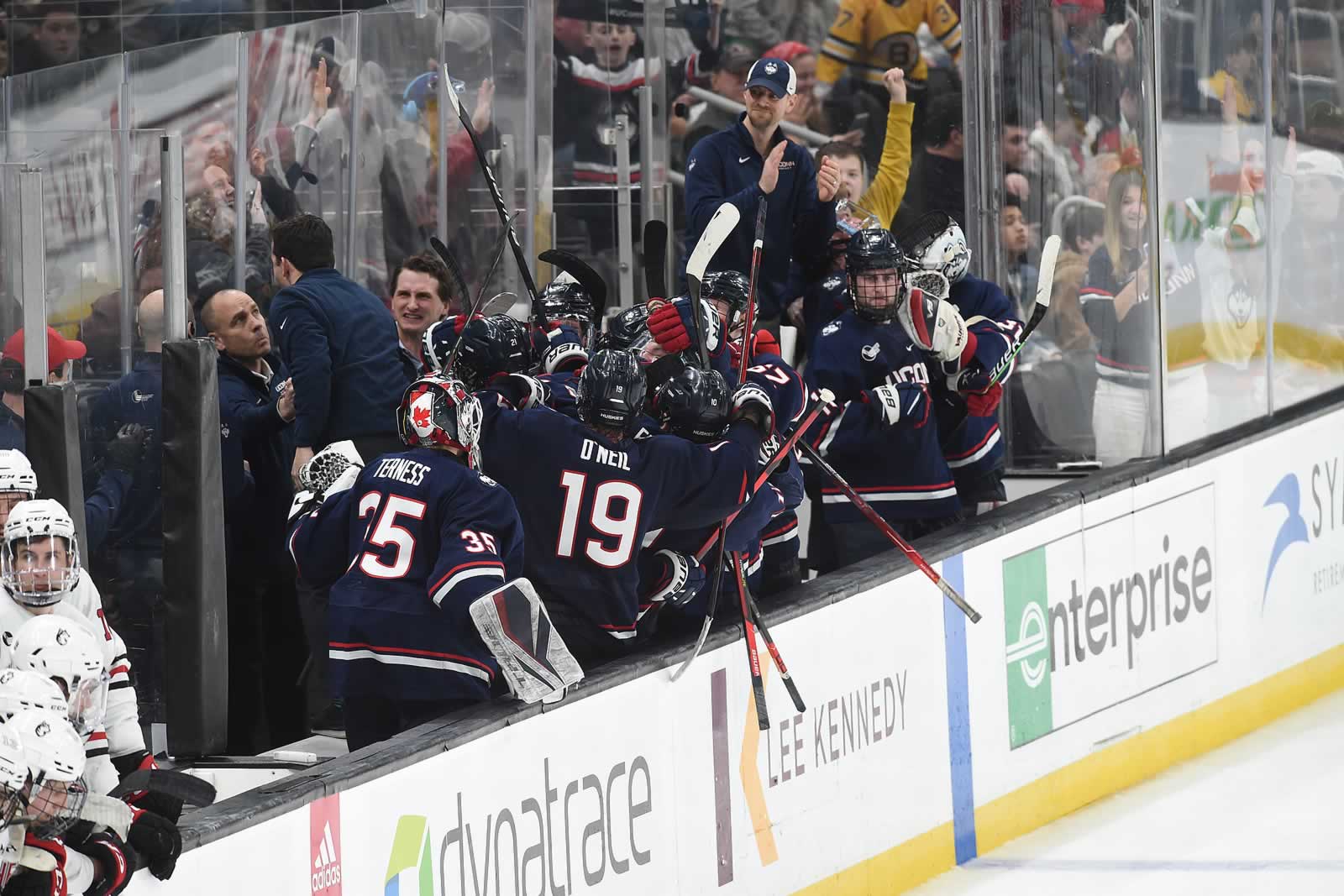 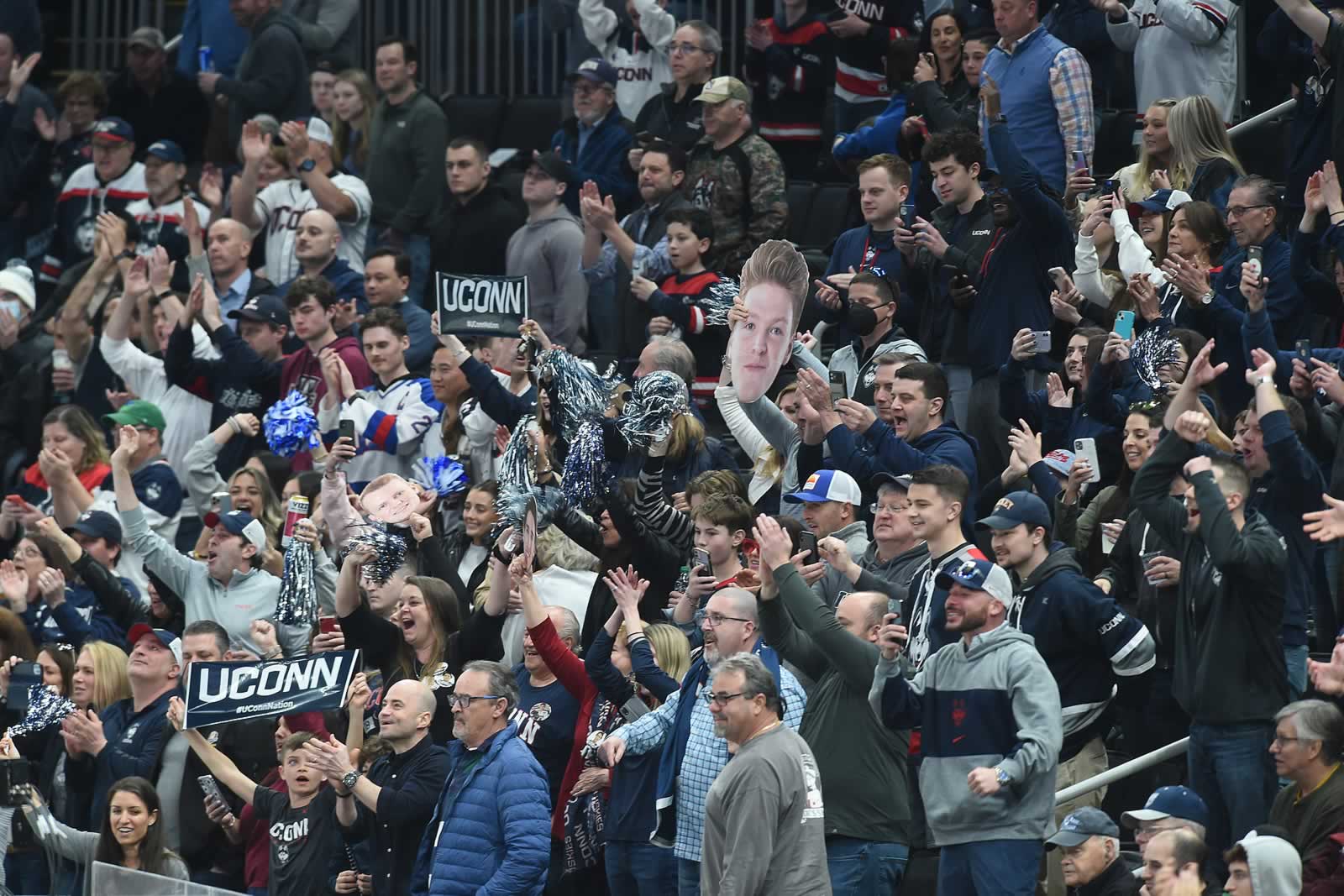 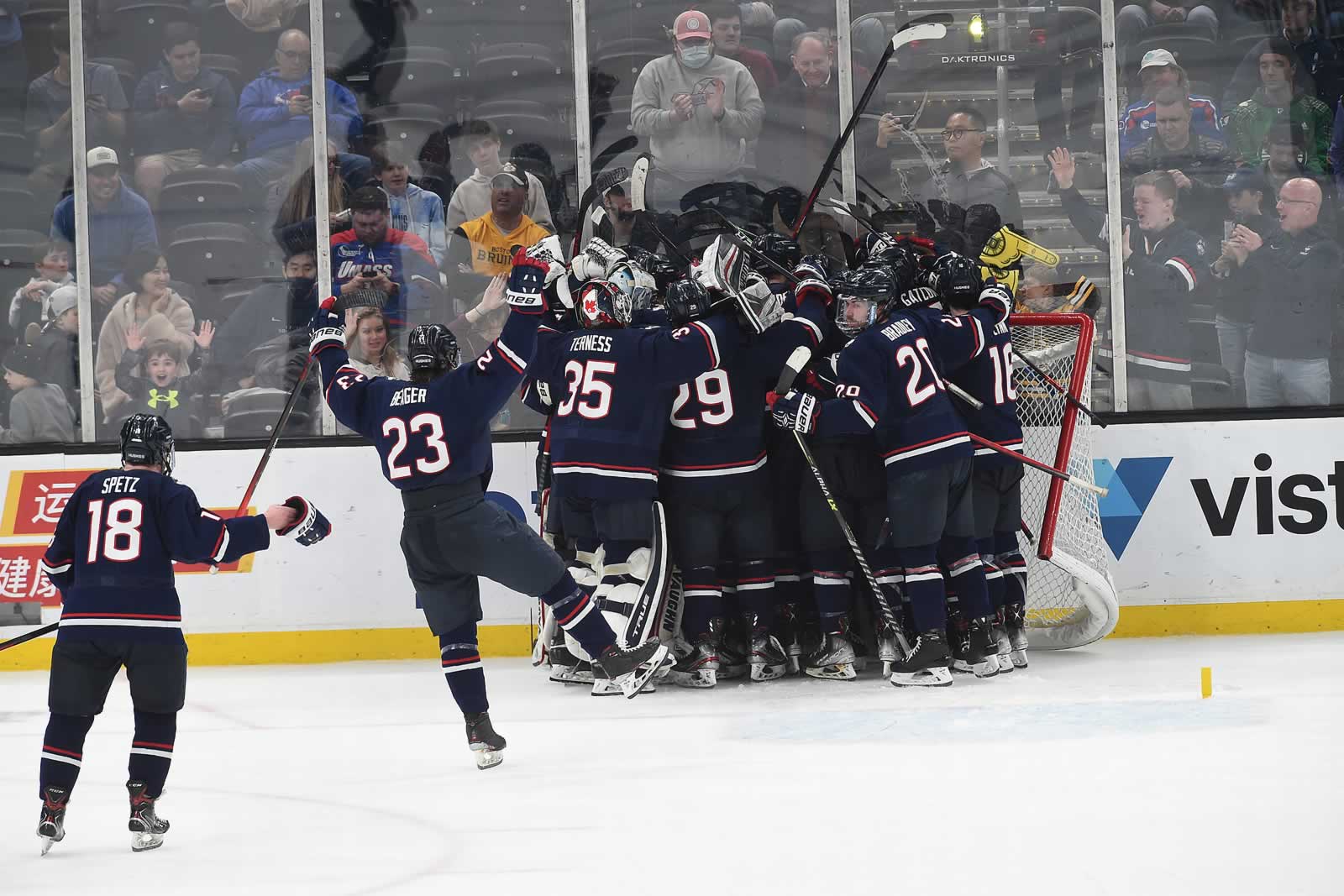 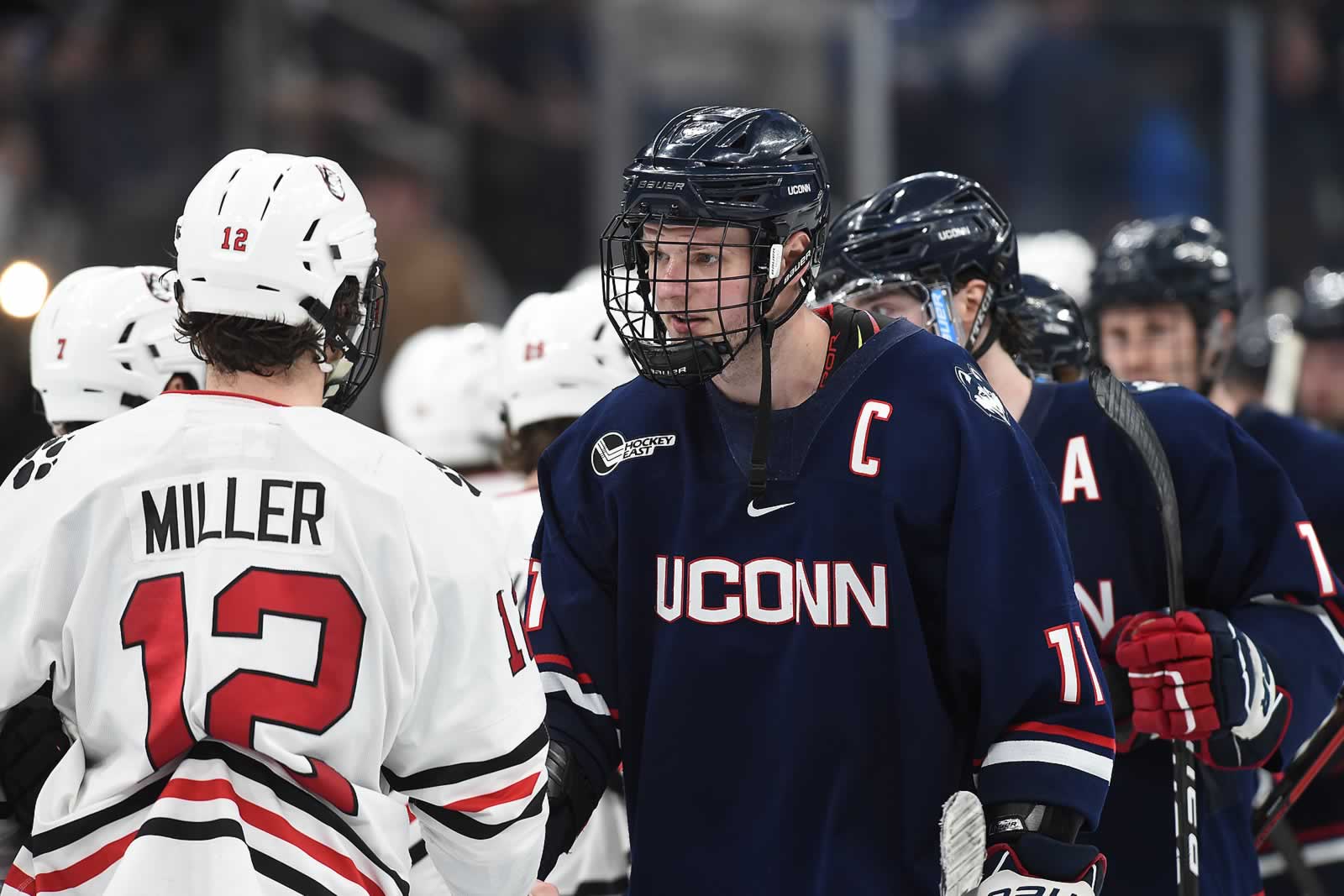