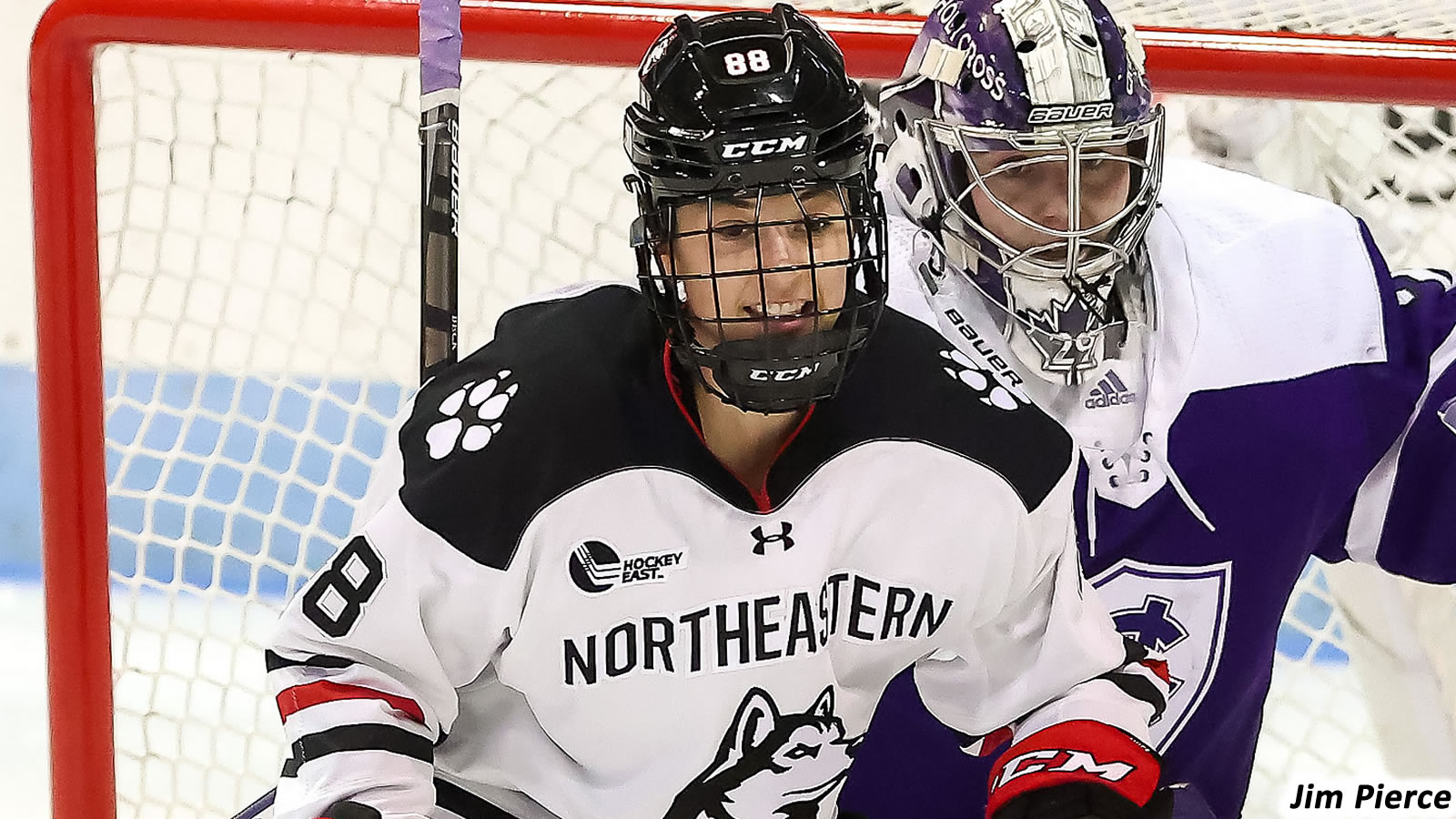 UNIVERSITY PARK, Pa. - After a hard-fought battle in double overtime, the No. 2 Northeastern women's hockey team fell to No. 3 Minnesota Duluth, 2-1, on Friday evening in the National Semifinal game at Penn State's Pegula Ice Arena.

- After a scoreless first 20 minutes, Skylar Irving gave the Huskies a 1-0 lead with a shot off a rebound at the 16:25 mark of the second period. She was assisted by Katy Knoll and Maddie Mills.

- Minnesota Duluth tied the game with 9:55 remaining in the third period. The two teams then headed to the first of an eventual two overtimes. Duluth scored at the 18:15 mark of the second overtime to end the game after close to four hours of game play. With the victory, Duluth advances to the National Title game.

- Skylar Fontaine and Brooke Hobson contributed to the defensive effort with five and four blocks, respectively.

- Both Chloe Aurard and Fontaine recorded a total of seven shots on goal each, adding to the team total of 47.

- Aerin Frankel acted as the backbone of the Huskies' defense, posting 48 saves on 50 shots faced.

The Huskies end their season after posting just the second-ever 30-win campaign in program history to pair with a second-straight appearance in the Frozen Four and a fifth-straight Hockey East title.