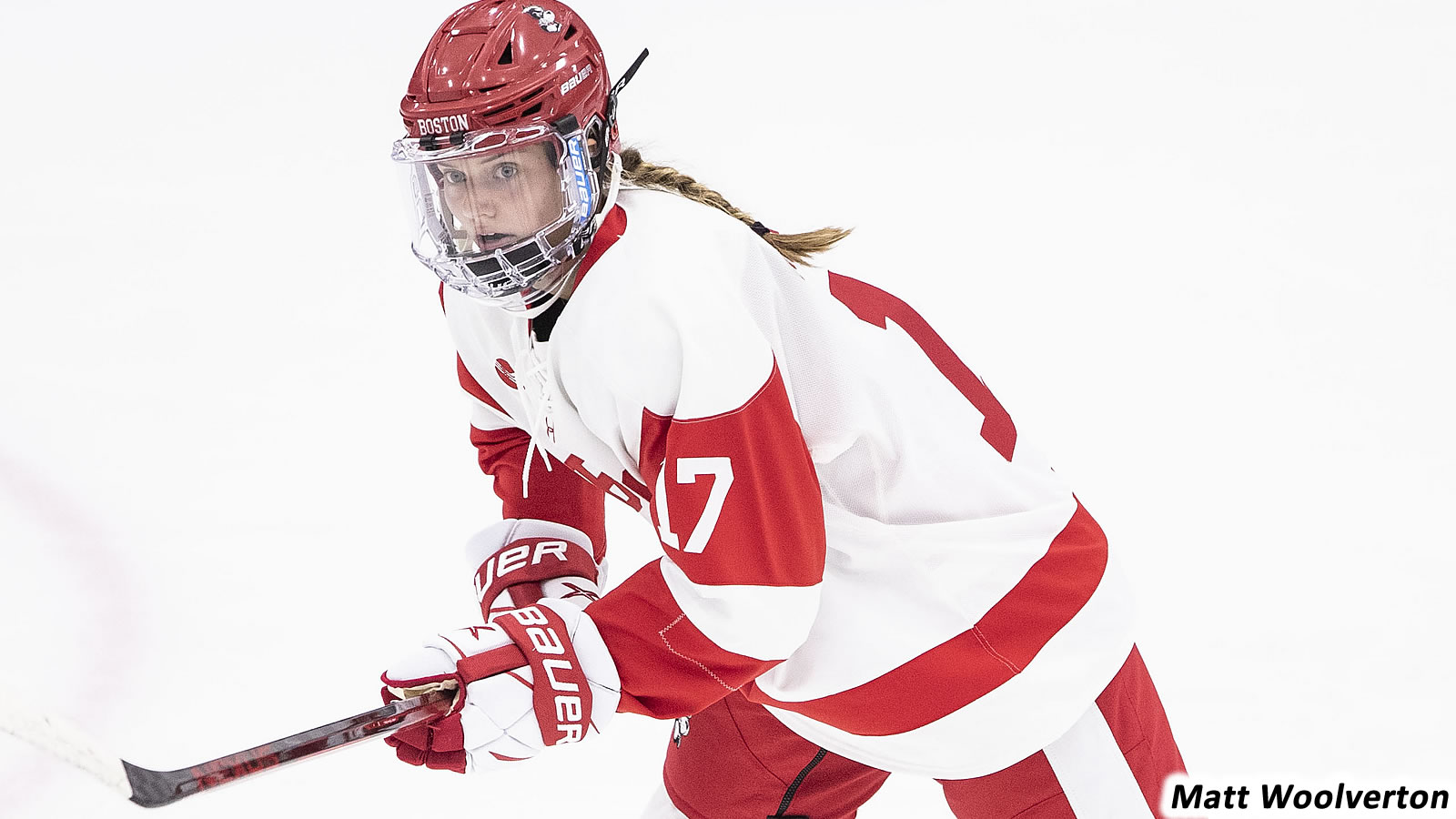 BU registered the first goal of the game on a power-play chance from junior Andi Calderone. Senior Brooke Ersoy extended the lead to 2-0 before freshman Brooke Disher lit the lamp to solidify the gap 3-0 by the end of the first period.

Moncton came back to score a goal early in the second period, but the Terriers held steady. After fending off the Blue Eagles for the rest of the period, BU extended its lead in the third. Goals from freshman Sydney Healey and senior Julia Nearis solidified the 5-1 win for BU.

- Calderone's goal at 8:25 in the first came off a wrister that found the back of the net thanks in large part to a screen in front by sophomore Christina Vote. Assists went to juniors Lacey Martin and Ani FitzGerald.

- Shortly after the Terriers killed a Moncton power play, Ersoy put BU up 2-0 with a rebound at the right post from graduate student Jesse DeVito's chance.

- At 14:58 in the first, Disher extended the lead to 3-0 off a feed from junior Catherine Foulem. - The Terriers held off the Blue Eagles for the remainder of the second before adding two more goals in the third.

- Healey pushed the Terriers ahead 4-1 with assists from Martin and senior Nadia Mattivi just 51 seconds into the final period.

- With an extra attacker on the ice, Nearis knocked the puck into the net to close out the scoring with helpers from Foulem and Vote.

- All three goalies for the Terriers played one period each.

- Sophomore Callie Shanahan made seven stops in the opening period, graduate student Andrea Brändli only had to make one save in the second and freshman Allie Cuellar stopped all six shots she faced in the third.

- The Terriers successfully killed all three of Moncton's power plays.

- The Terriers will host Rensselaer on Friday, Oct. 7, at 7 p.m. in the regular season opener at Walter Brown Arena.