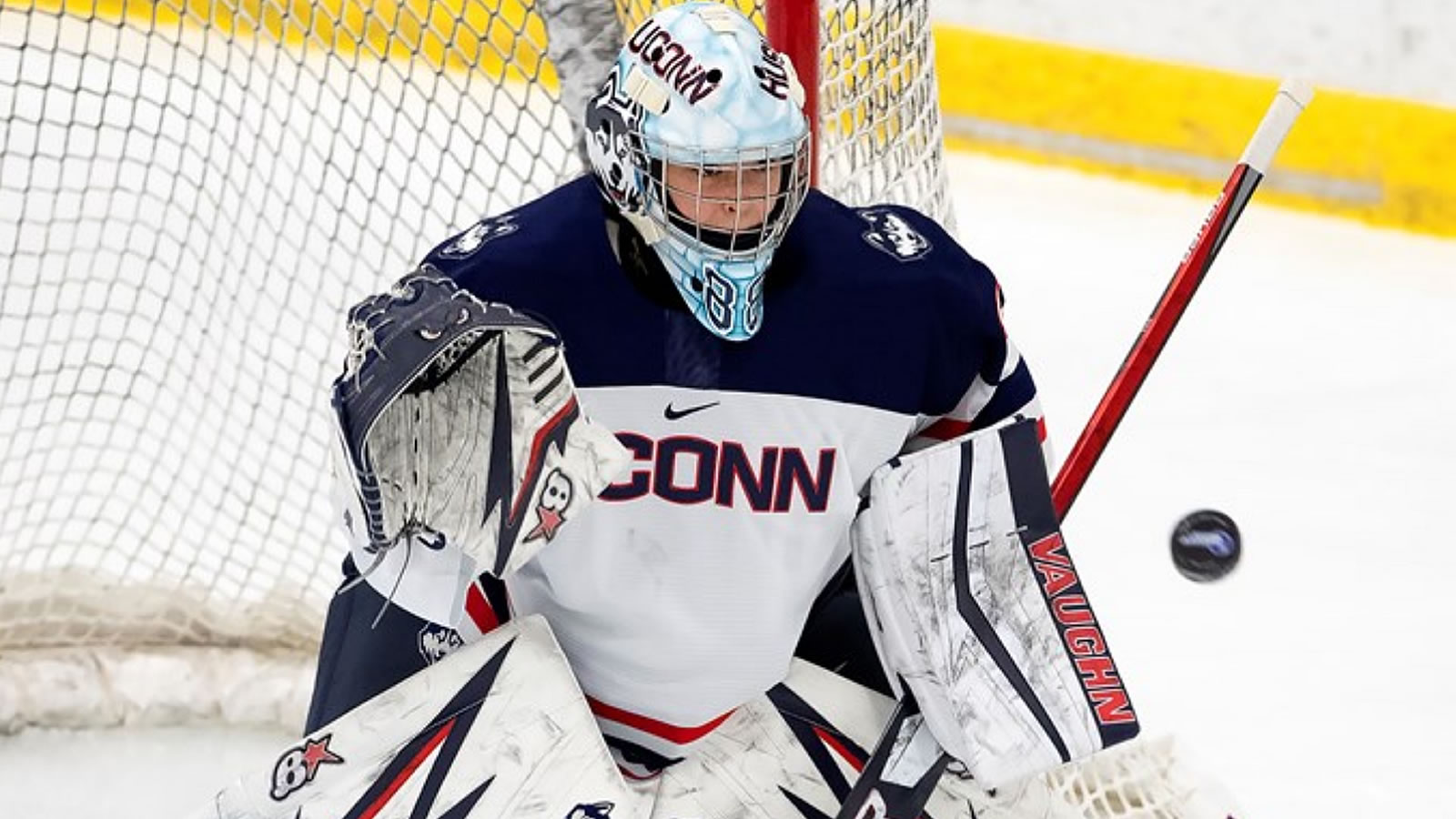 STORRS, Conn. - The University of Connecticut women's hockey team opened their 2022-23 season with a 3-0 victory over RIT.

From the first puck drop, the Huskies would come out attacking. UConn would consistently pressure the RIT defense and goaltender, forcing them to make big stops. UConn's defenders would continuously push the tempo and get involved on the offensive side of the ice looking to create scoring chances. Early in the first period, freshman Megan Woodworth would fire a shot on net, and following the RIT save defender Cam Wong was there to clean up and score the Huskies first goal of the season.

The Huskies would not let up as the would continue to throw pucks on net looking for rebounds and deflections. Eventually UConn would get the bounce they were looking for as senior Kate Thurman would score to give UConn the two-goal lead, capping off back-to-back goals for the Huskies. The first period would end with UConn leading 2-0.

The second period would begin, and UConn would continue to look to score. The Huskies defense would move the puck fast out of their own zone to create counter attacks and catch the Tigers off guard. After an RIT breakaway and a Camryn Wong penalty, the Tigers elected to take the penalty shot instead of the power play. Goaltender Tia Chan would stand firm, and deny the penalty shot to keep the Tigers scoreless. Late in the second period, sophomore Riley Grimley would take the puck and skate past multiple defenders before firing a beautiful pass cross ice to graduate student Carlie Magier who would fire the shot on goal and score her first career goal as a Husky. The second period would end with UConn leading 3-0.

Heading into the third period, UConn would rely on the experience of their defense and goaltending to secure the victory. The Huskies defense led by seniors Cam Wong and Ainsley Svetek would stand strong and limit the Tigers opportunities. Tia Chan would finish with 30 saves, and the Huskies would come away with the victory.