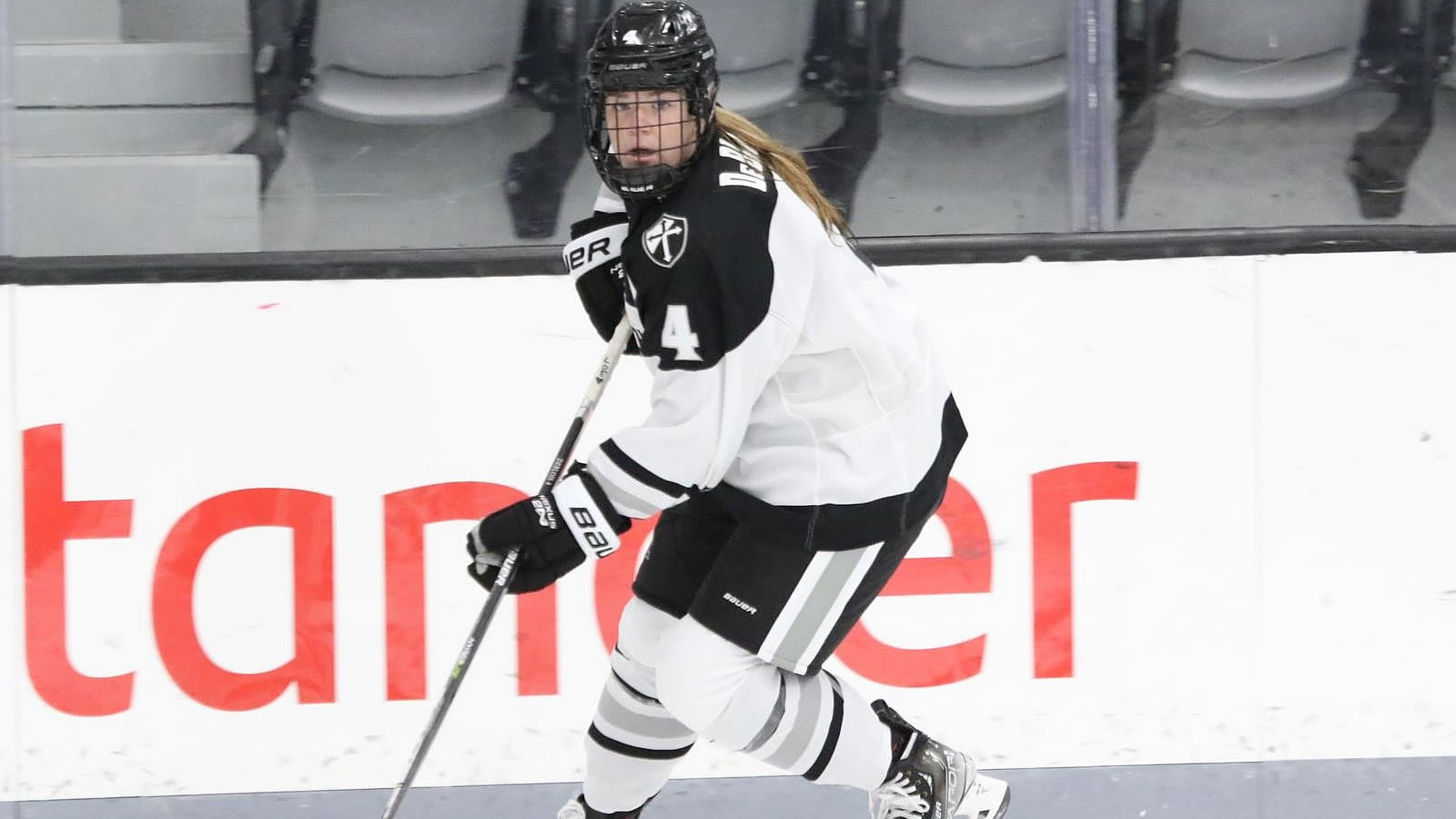 St. Lawrence grabbed a 1-0 lead in the first, with a goal from Abby Hustler assisted by Julia Gosling at 17:37.

St. Lawrence answered with the tying goal at 15:48 of the third period on a goal from Taylor Lum. Regulation ended with the teams tied at 2-2.

At the 3:27 mark of overtime, Kirchmair scored the game-winning goal on a rebound from a Lauren DeBlois (Lewiston, Maine) shot.

Sandra Abstreiter (Freising, Germany) finished the game with 31 saves during her 63:27 minutes in the net.