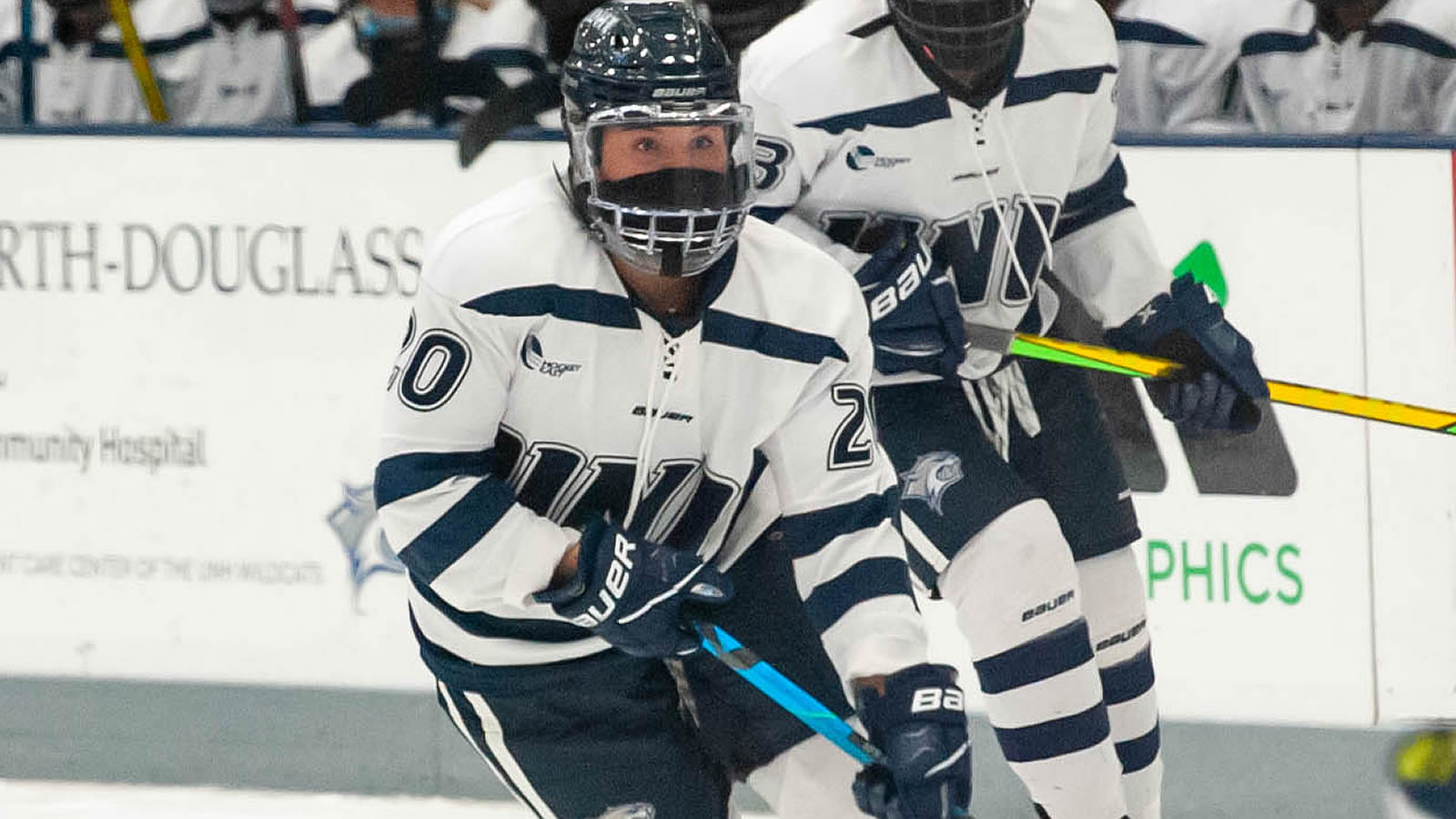 Boutilier made 14 of her saves in the second period and stopped 16 shots while the Wildcats were shorthanded. Gabby Jones (Westfield, Mass.), another grad student, and junior Kyla Bent (Halifax, Nova Scotia) scored UNH's goals.

Union goaltender Sophie Matsoukas stopped 33 shots with 14 saves in the second period and 13 in the third. Riley Walsh scored two goals and Emily King netted what proved to be the game-winning goal when she gave the visitors a 3-1 lead at 7:38 of the middle stanza.

- The Wildcats face off against Union on Saturday to conclude the season-opening series. Puck drop is at 3 p.m. on ESPN+.

- The Dutchwomen outshot the Wildcats, 10-7, in the opening 20 minutes.

- The Wildcats went 1-for-2 on the plenty kill but the Dutchwomen capitalized on the first power play of the game when Walsh netted the first goal at 8:56.

- UNH drew a penalty with less than two minutes on the clock and shortly thereafter Jones capitalized on a give-and-go with Emily Pinto (Mulmur, Ontario) to tie the game with 36 seconds remaining in the first period. Grad student and captain Lauren Martin (Cambridge, Ontario) made the outlet pass from the defensive zone to earn the secondary assist.

- Union outscored New Hampshire 2-0 with a 16-14 shot advantage in the middle stanza.

- Early into the second period, the Wildcats were down two players because of penalties, but Boutilier fought off a surge from the Dutchwomen by stopping seven shots as UNH killed both penalties.

- The Wildcats went on a power play at 5:23, but Walsh rushed down the ice and beat Boutilier to put the Dutchwomen back in front, 2-1, on a shorthanded goal at 6:24.

- Union started the third period with a 5-on-3 power play but UNH killed both penalties.

- UNH caught shorthanded Union with a stellar breakout to put the Wildcats on an odd women rush that ended with an amazing pass from Annie Berry (Milton, Mass) to Kyla Bent (Halifax, Nova Scotia), who buried the puck for a goal at 2:29. Brianna Brooks (Whitby, Ontario) earned the secondary assist with the lead pass from the red line to Berry.

- UNH pulled Boutilier in favor of an extra skater with 1:41 remaining.

- With one minute left, Matsoukas denied Kira Juodikis (LaSalle, Ontario) at the right doorstep and Emily Rickwood (Brantford, Ontario) on the rebound in the slot to preserve the lead.

- Union did not allow a shot the rest of the way.

- The Wildcats successfully killed a pair of 5-on-3 shorthanded situations.

- Jones and Pinto both recorded their first points as a Wildcat. Jones is a transfer from Merrimack College and Pinto was previously at Mercyhurst University.