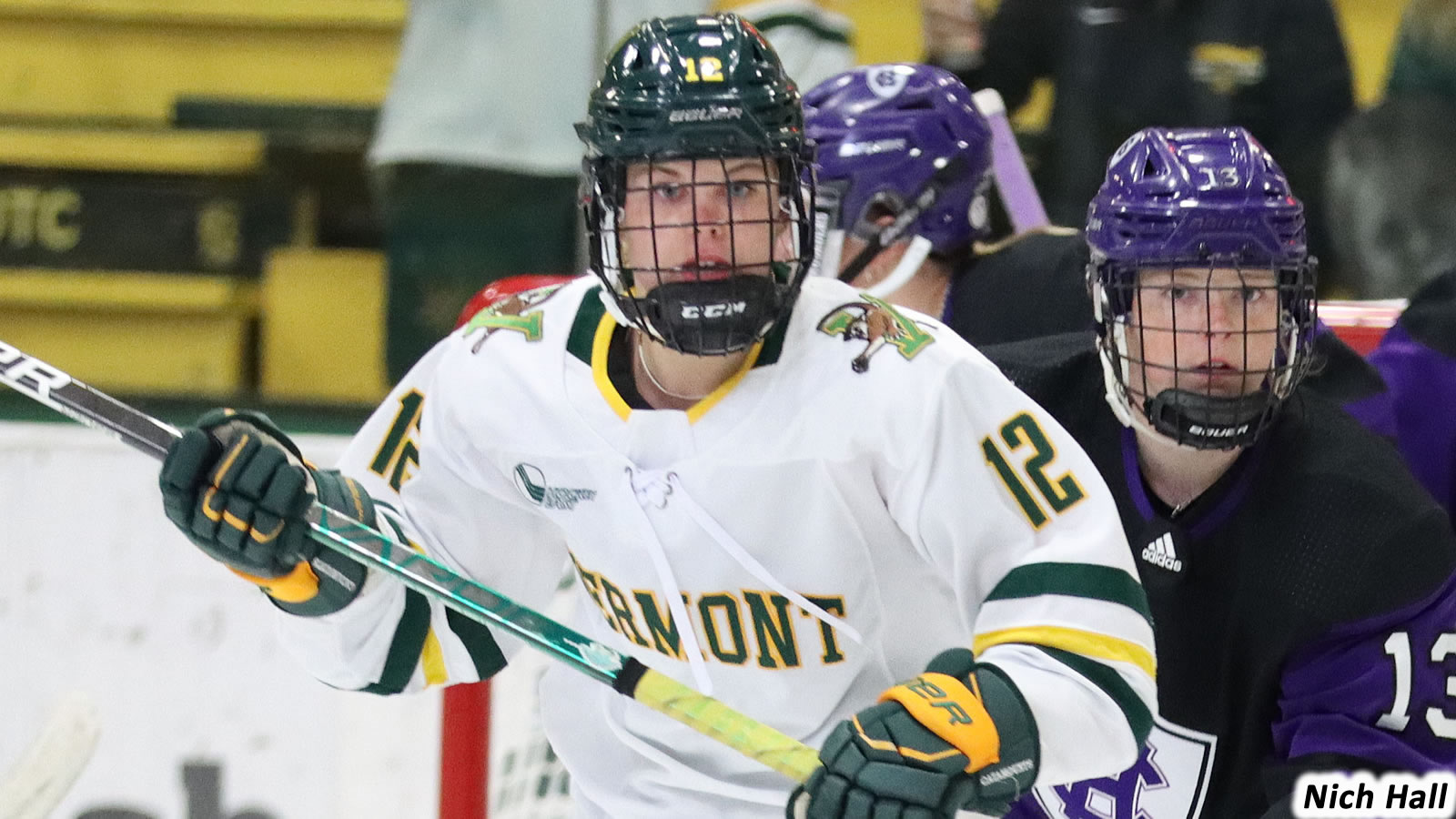 "It was great to get a good outing under our belts," Head Coach Jim Plumer said. "Our first year players were outstanding in their debut and it was important for them to get some game action. I'm proud of the effort and to get a shutout. We still have a long journey ahead but it was an exceedingly excellent first step."

- Alaina Tanski made it 2-0 minutes later. Lilly Holmes redirected a point shot from Ellice Murphy and although Gibson made the initial save Tanski was right in front. After a couple of whacks at the loose puck it found the back of the net.

- Theresa Schafzahl made it a three-goal opening stanza for the Catamounts 1:17 after the Tanski tally. Skelton fed a loose puck to the slot and Schafzahl corralled the puck before firing a wrist shot home.

- Corinne McCool kept the party going just 24 seconds into the second period. Skelton fired a shot from the top of the circles that Gibson stopped but the rebound came right to McCool who calmly stashed it home from just above the crease.

- Beecher scored her first as a Catamount 8:16 into the middle frame. From the point Cam Morrissey fired a shot-pass in the direction of Beecher. With a defenseman draped all over her she deftly redirected the pass on her backhand and past Gibson.

- Beecher struck again with 12:44 to play in the second period. Skelton pushed a loose puck towards the net and Beecher was the beneficiary as she skated around the back of the net just in time to tap the puck home into an empty net.

- Jessie McPherson (8 Sv) and Sydney Correa (4 Sv) combined to deliver the shutout win for the Catamounts.

- Evelyne Blais-Savoie had a day in the faceoff circle, winning 10 of her 11 draws.

The Catamounts will open the regular season next weekend with a two-game non-conference series with RIT. Friday night at 6 p.m. Vermont will face the Tigers on Opening Night presented by TD Bank. Saturday afternoon the teams will battle again at 2 p.m. Saturday will be Poster Day presented by UVM Print & Mail. The Catamounts will sign posters in the Gutterson lobby following the game.