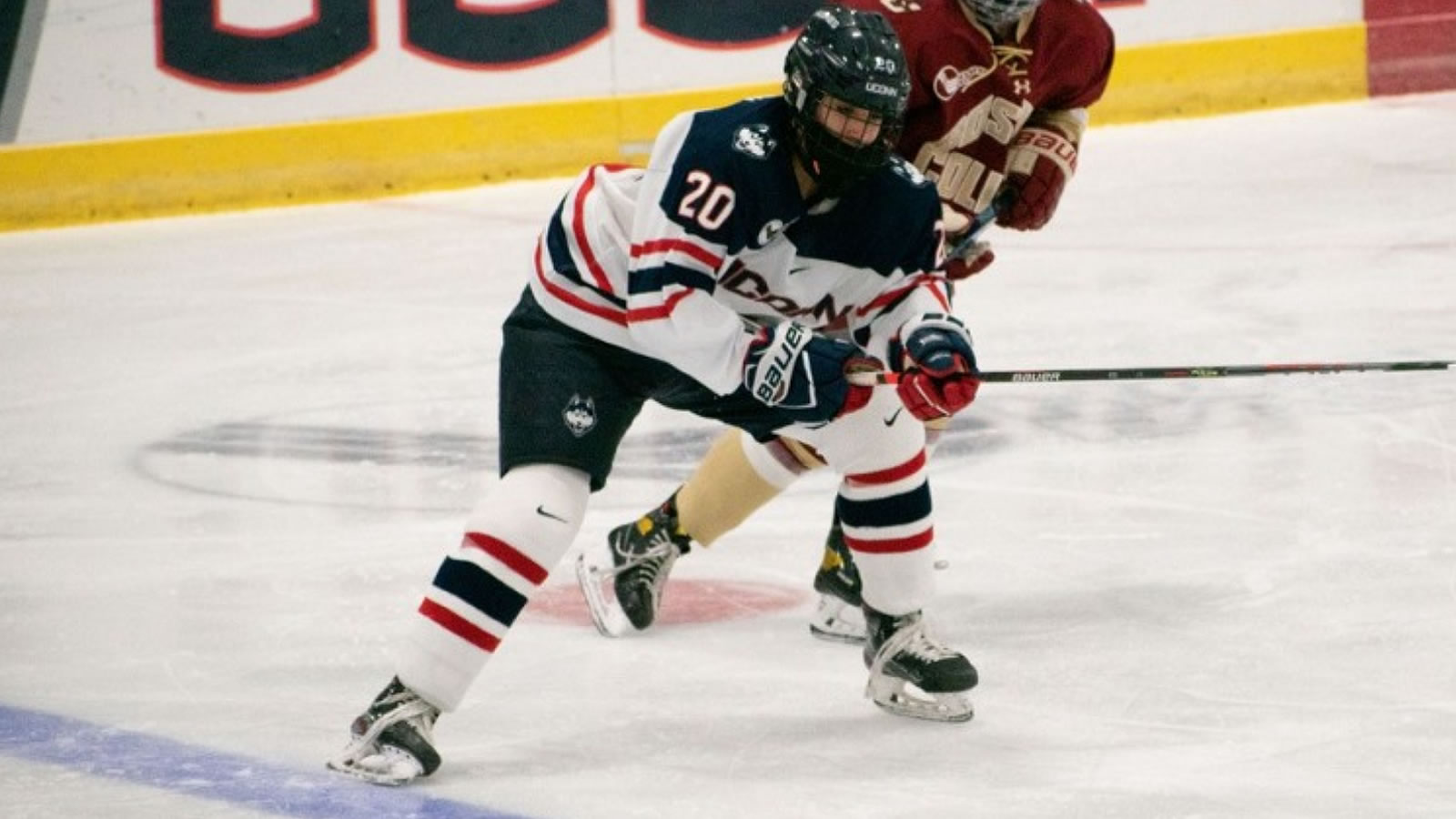 From the first puck drop both teams would rely heavily on their defense. Early on, both teams' physicality was shown as neither team was able to generate scoring chances. RIT would eventually have the best scoring look of the game when they would crash the net following a shot, but sophomore goaltender Megan Warrener would stay strong and stop the back-to-back attempts by the tigers.

The Huskies would once again look to push the pace and use their defense to create scoring chances. This philosophy would pay off as freshman defender Meghane Duchesne Chalifoux would fire the puck on net and score her first career goal as a Husky. UConn would close out the period strong and head into the break with the one goal lead.

RIT would start the second period strong as they would continue to fire pucks on net and look for their first goal of the game and season. RIT would have all the momentum to start the period and would capitalize off that momentum and eventually tie the game early in the second period. Following an RIT penalty, UConn would head to the power play late in the second period and look to take back the momentum and the lead. Senior captain Coryn Tormala would step up and score the power play goal off shots from Claire Peterson and Brianna Ware to give the Huskies the lead heading into the third period.

Both teams would continue fighting and showcasing the physicality. RIT and UConn would continue to battle as both teams would look to score. RIT would eventually head to the power play and would once again tie the game early in the third period. Both teams would have their scoring chances, as UConn would have multiple breakaways and RIT would ring the pipe on one shot. With time running down in the third period, an RIT penalty would give UConn the chance to win the game. With the power play running down, senior Claire Peterson would take the puck in the offensive zone and fire a shot on net that would sneak right under the bar for the goal.

The Huskies will look to turn their attention to a home and home matchup verse Stonehill College. UConn will host Stonehill Friday September 30.