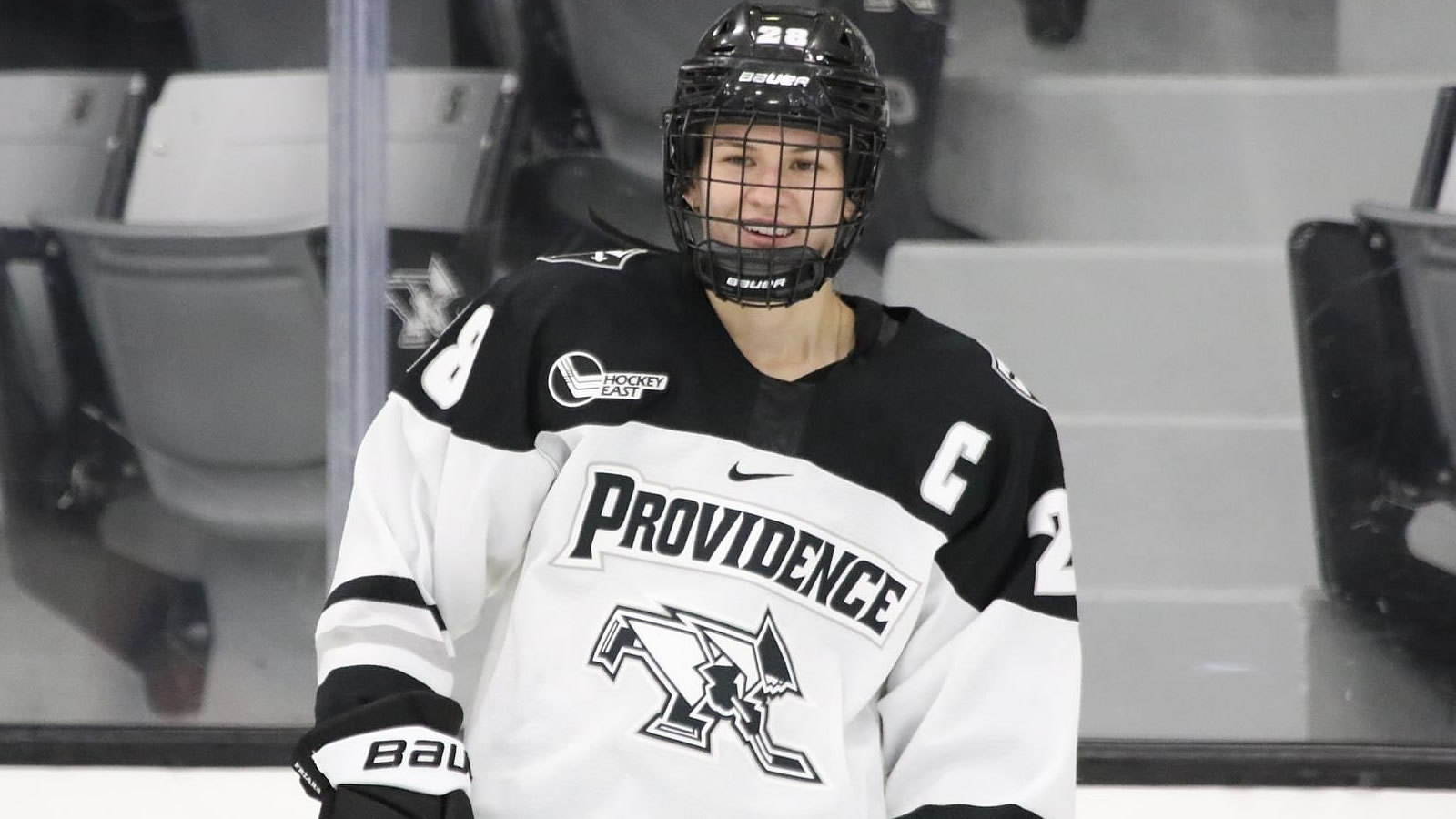 -At the 15:16 mark, the Friars were sent to the penalty kill. The Saints' Kristina Bahl converted during the power play, tying up the score at 1-1 to end the first period.

-The Saints took a 2-1 lead during a power play after Claire Tyo (Massena, N.Y.) was penalized for slashing 6:03 minutes into the second period.

-St. Lawrence improved its lead to 3-1 with a goal from Taylor Lum at 8:27 of the second period.

-St. Lawrence notched its fourth goal of the game 8:17 into the third period from Kiley Mastel with help from Taylor Lum and Julia Gosling.

-After pulling Sandra Abstreiter (Freising, Germany) from the net for an extra attacker, St. Lawrence scored on an empty-netter with 0.2 remaining, closing the game out at 5-2.