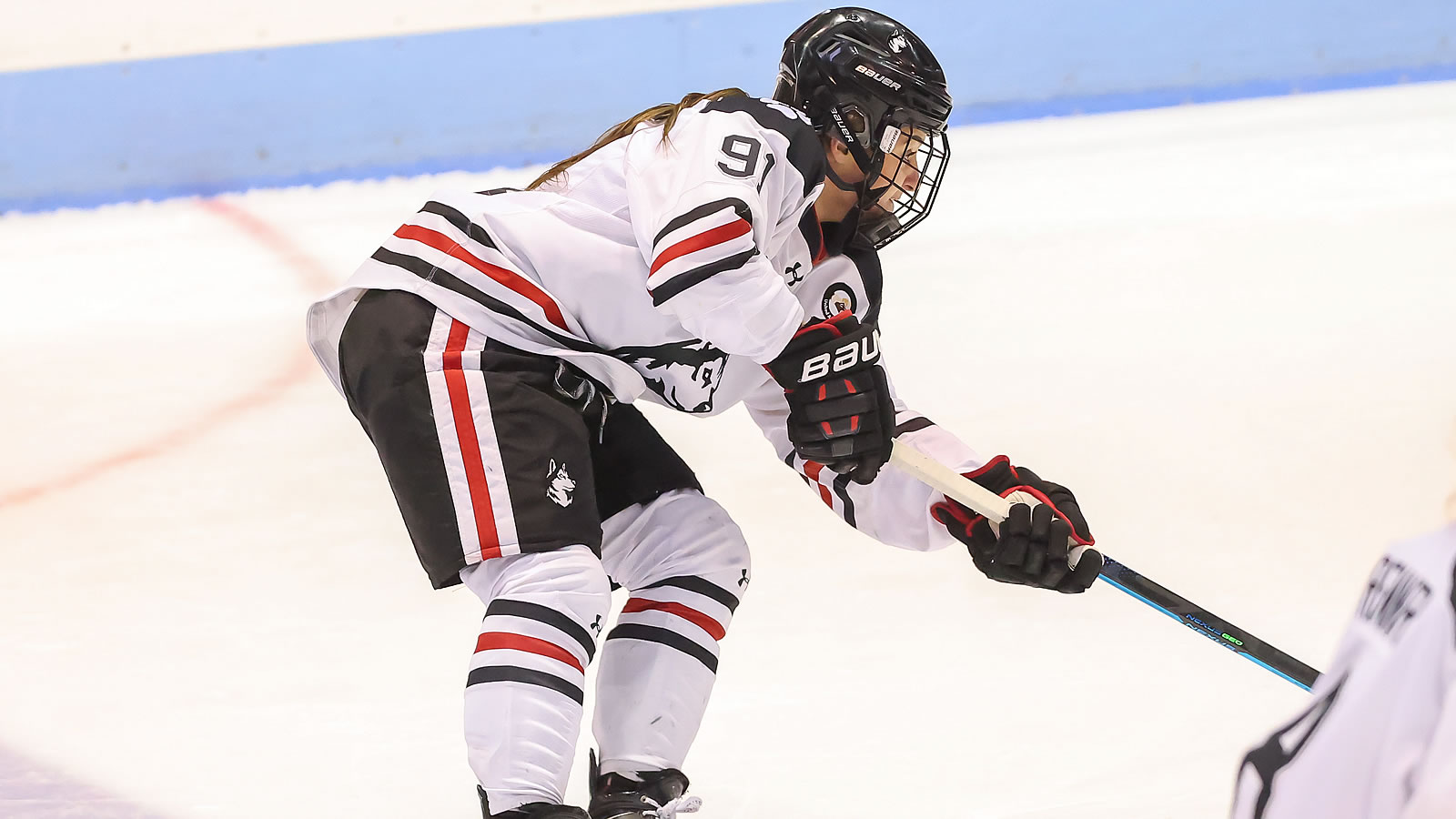 BOSTON, Mass. - Powered by Peyton Anderson's two-point night, the No. 3 Northeastern women's hockey team defeated the LIU Sharks, 3-1, on Friday evening at Matthews Arena. The win marked the Huskies first of the season and moved them to 1-0-0 on the season.

- Despite outshooting the Sharks 23-6 in the first period, the Huskies were unable to cash in on a goal.

- In the second frame, the Sharks got on the board first with a goal for Mikayla Lantto to put LIU up 1-0. Peyton Anderson answered for Northeastern with a goal just 37 seconds later to tie the score at 1-1. Abbey Marohn and Megan Carter tallied the assists on Anderson's goal.

- The third period saw two freshmen step up for Northeastern, with Jules Constantinople scoring the eventual game-winner at the 9:05 mark. Constantinople's goal was assisted by Maureen Murphy and Lily Shannon.

- Holly Abela padded the lead with the game's final goal to push the score to 3-1. Anderson and Lily Brazis had assists.

- Goaltender Gwyneth Philips finished her night with 13 saves and moves to 1-0 on the season. The Huskies outshot the Sharks 63-15 on the night.

The Huskies will take on LIU for game two on Saturday, Oct. 1 at 2 p.m. in Matthews Arena.