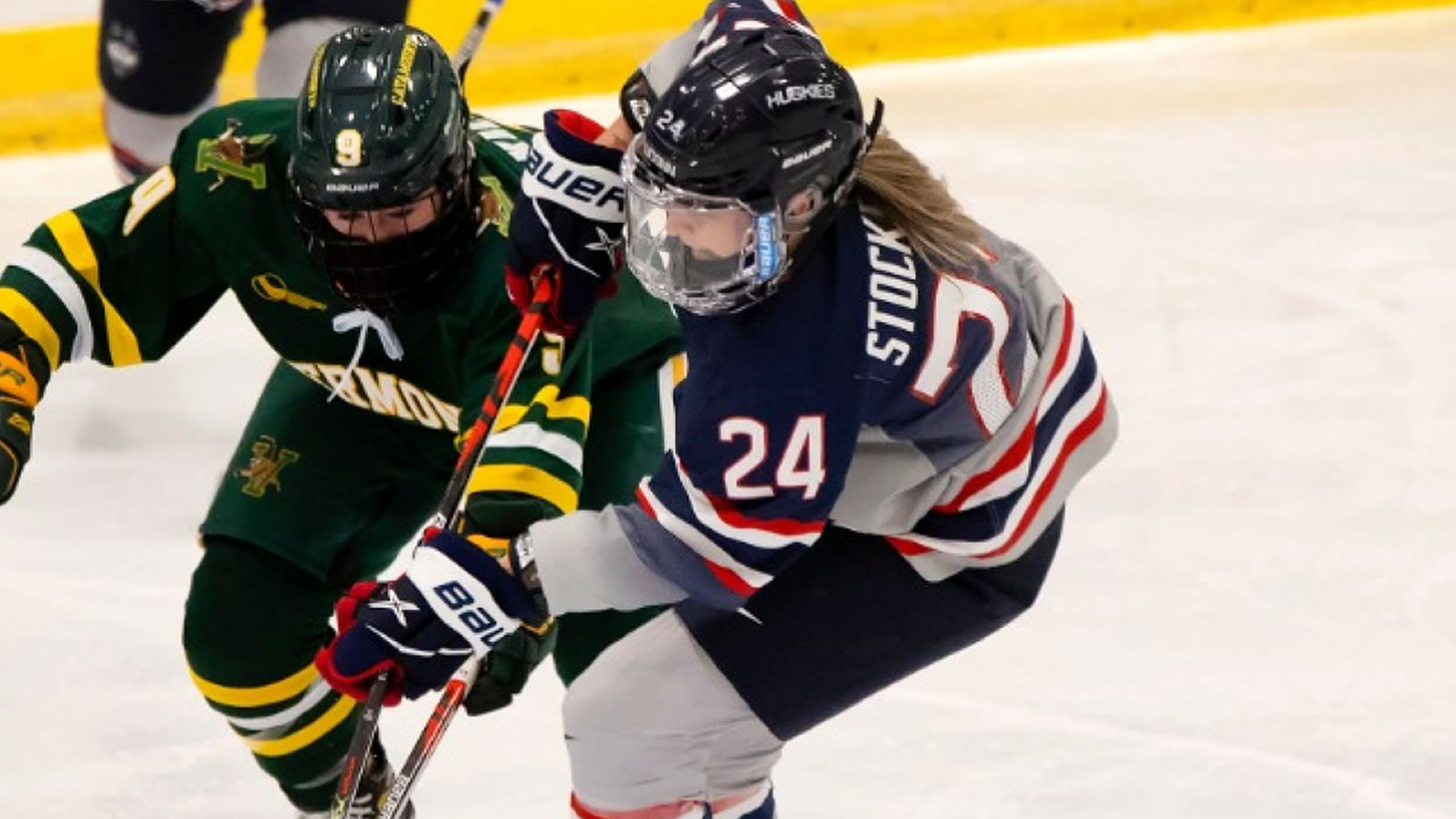 STORRS, Conn. - The UConn women's hockey team put four on the scoredboard in the second period and got a pair of goals from junior Kathryn Stockdale (Ottawa, Canada) en route to a 7-1 win over visiting Stonehill College Friday night at the Mark Edward Freitas Ice Forum.

The Huskies posted a 45-8 shot advantage and finished 2-for-4 on the power play as they improve to 3-0-0 on the young season.

Six different Huskies found the back of the net let by Stockdale who scored the game's first goal at 12:19 in the first and the last with a third period goal at 10:58. The Huskies took a 2-0 lead after the first as Carlie Magier (Detroit, Mich.) scored her second of the season.

Freshman Brooke Campbell (Essex, Ontario) got her first career goal as well on Friday night, ending the second period with a tally for a 6-1 lead.

The two teams will skate again on Saturday afternoon at Stonehill.