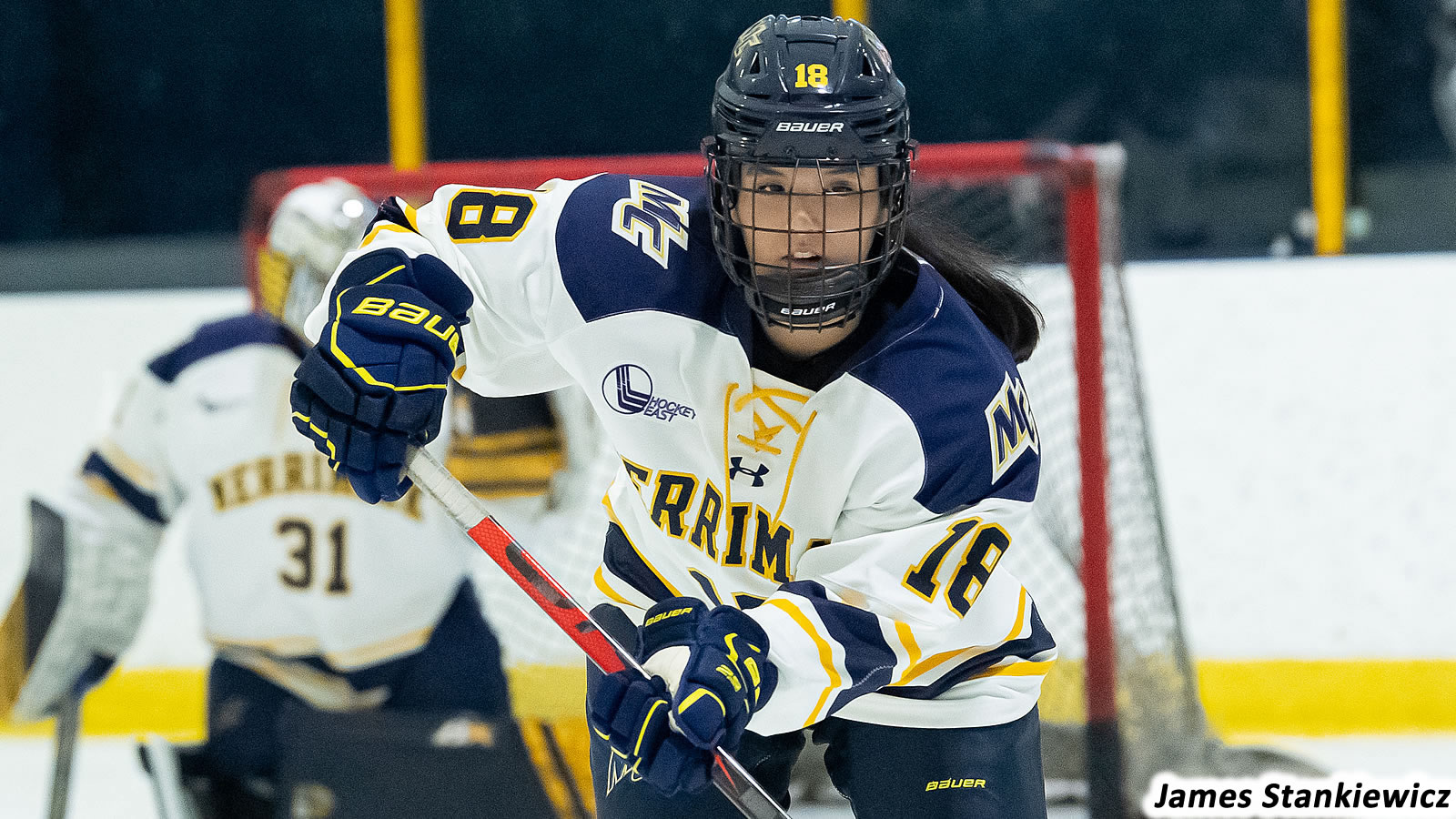 NO. ANDOVER, Mass. - Merrimack scored twice in the first five minutes of play, but were unable to hold on, falling to the Syracuse University by a score of 3-2 in overtime in the first game of the campaign at J.Thom Lawler Rink.

- Merrimack had the perfect start to the season and the game when Tara Blackburn scored her first goal of her collegiate career on Merrimack's first shot of the game.

- Three minutes later, Alexa Pongo doubled the Warriors lead and Merrimack had two goals on the first two shots on goal, Blackburn also picked up her second point of the contest, recording the lone assist on the goal. For the rest of the period Merrimack was able to keep the shots to the outside and they also helped their goaltender by blocking five shots in the period and they led 2-0 at the break.

- In the second, Merrimack's lead was undone as Syracuse scored twice to tie the game up heading into the third period, with Tatum White scoring just past the seven and a half minute mark, and Anna Leschyshyn's goal tying the game at 16:06.

- In the third, both teams pushed to try to find the winner in regulation and but were unable to thanks to great defense and goaltending on both sides, and ultimately it took overtime to decide the first contest of the season.

- In overtime, both teams were pushing for the win with both combining for seven shots in just over two and a minutes, the Warriors best chance to find the game winner came at 2:08 of the extra frame when Sam Lessick hit the crossbar and bounced away. Syracuse scored on their next rush as Lauren Bellefontaine's shot leaked through Emma Gorski's pads giving Syracuse the opening win of their season.

- Blackburn scored her first goal as a warrior, as well as achieving her first multi point game.

The Warriors finish out their two game set against Syracuse tomorrow on Homecoming Saturday, opening puck drop is set for 2:05 PM at J.Thom Lawler Rink.