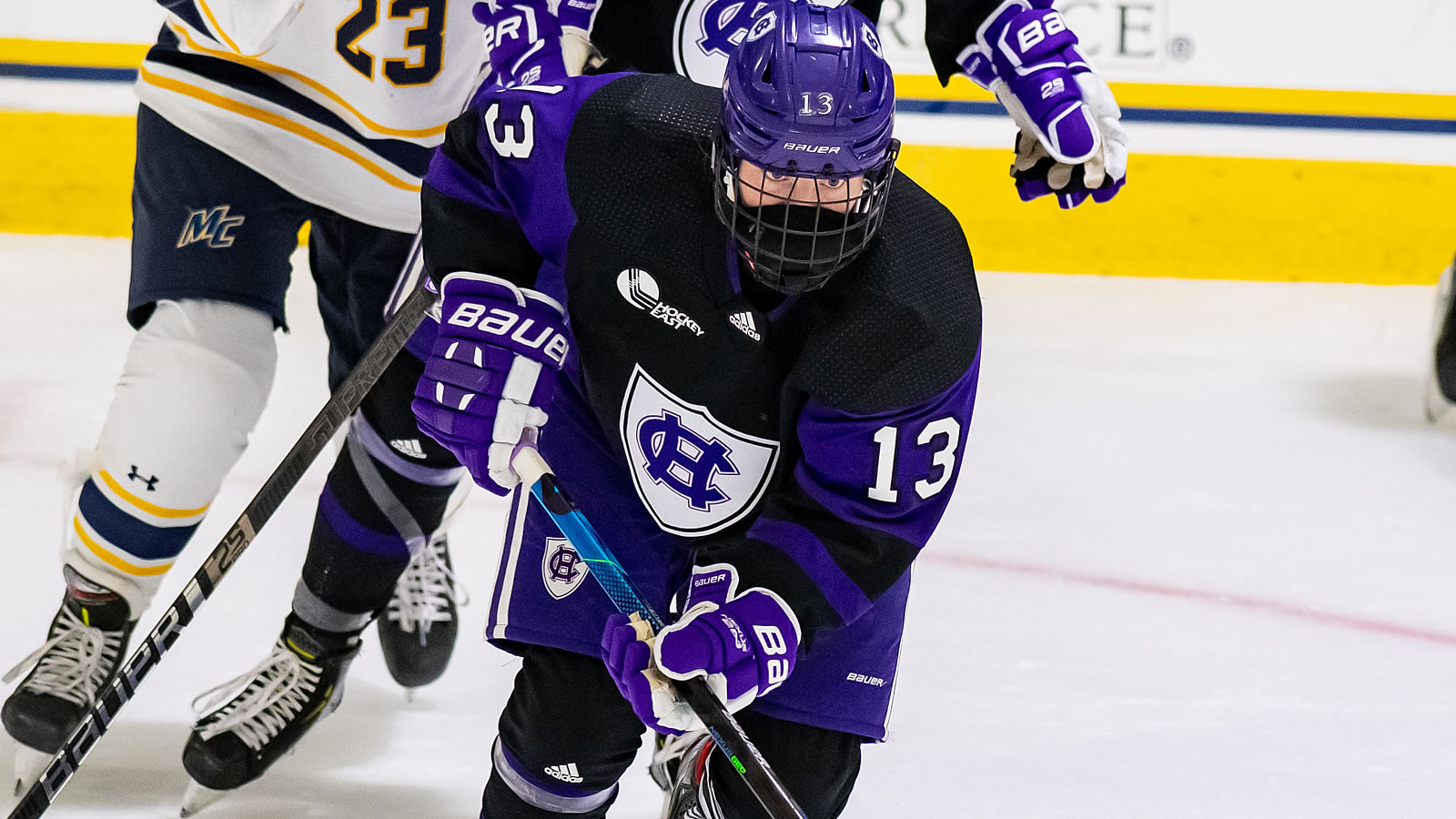 Freshman forward Alexia Moreau had two goals to begin her career on The Hill. Seniors Darci Johal and Mary Edmonds each tallied two points from one goal and one assist and junior Bryn Saarela had a pair of assists. Millie Sirum, Sofia Smithson and Lane Lewis scored their first points of the season with an assist apiece.

- The Crusaders opened the scoring with 12:49 remaining in the first period off a goal from Alexia Moreau.

- Union evened the score in the second period from a power-play goal.

- Shortly after Union scored, Darci Johal capitalized on the power-play with a goal.

- Alexia Moreau gave Holy Cross a two-goal lead after scoring her second of the night on the power-play.

- Union cut the Crusaders' lead in half in the 3rd period with a 5-3 power-play goal.

- The winning goal was scored by Mary Edmonds with 9:21 remaining in regulation.

- Holy Cross and Union will resume their two-game set Saturday, Oct. 1 at 2p.m. at the Hart Center Rink.