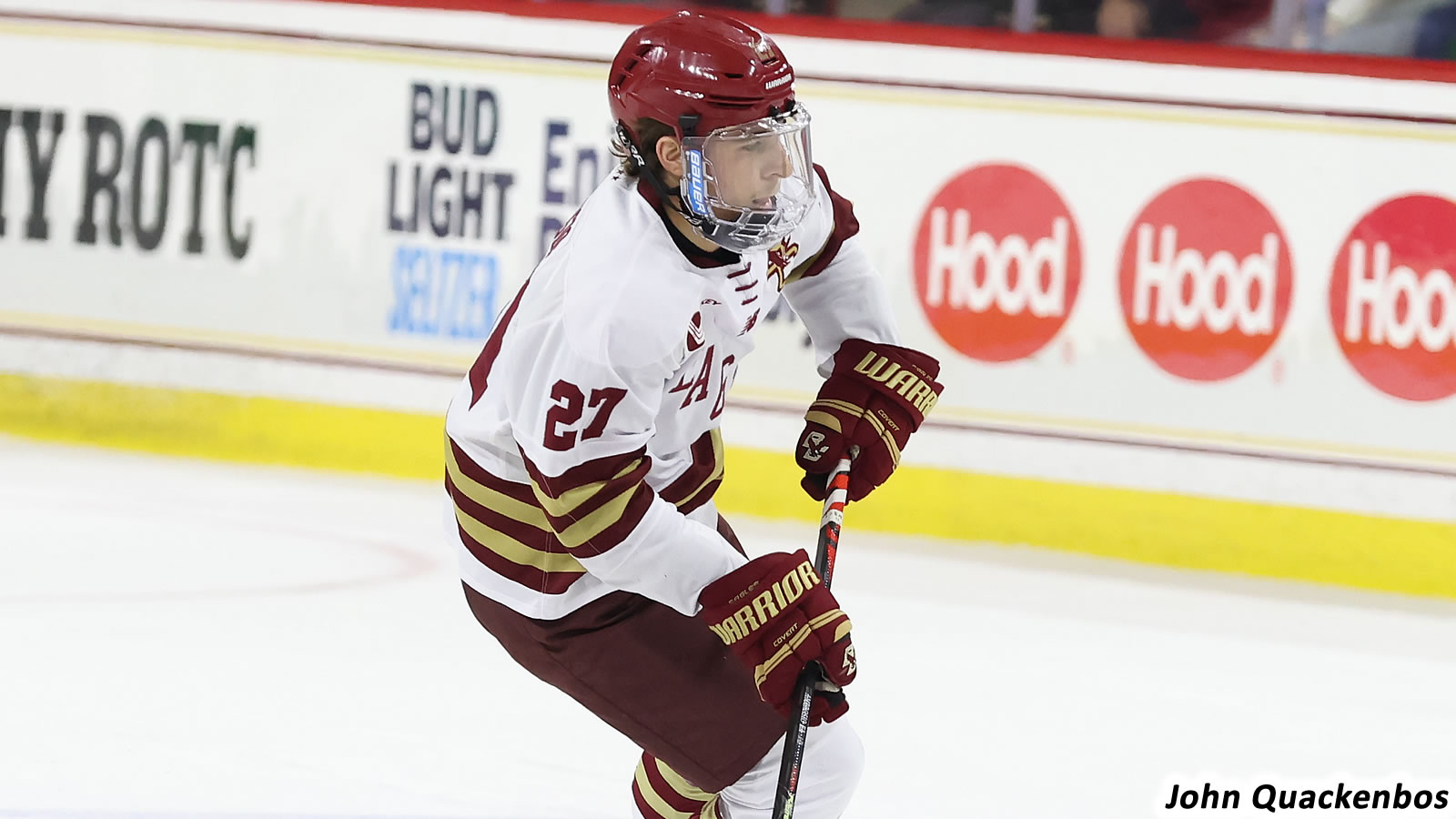 WORCESTER, Mass. - Boston College fell to Holy Cross 3-2 in an exhibition game on Saturday night at the Hart Center Rink.

The Crusaders struck first just 4:44 into the opening frame when Alec Cicero tipped a shot past graduate transfer Mitch Benson from the left doorstep on the power play.

Cutter Gauthier answered by netting his first goal in a BC sweater on the power play to knot the score. The freshman forward finished a cross-ice pass from Eamon Powell with a heavy one-timer from the right circle at 14:15.

Holy Cross grabbed the lead back at the 14:29 mark of the middle frame when Jack Ricketts whipped a shot through the five-hole of senior Jack Moffatt off a faceoff.

Early in the third period, Matt Guerra tucked a shot high short side on junior Henry Wilder from the left wing to push the Crusaders' lead to 3-1.

Junior Colby Ambrosio pulled a goal back from a weak angle on the power in the closing minutes off a feed from classmate Nikita Nesterenko. Despite a heavy shot advantage in the third period, BC couldn't tie the game with Wilder pulled.

Boston College opens the regular season next Friday night against Quinnipiac at Kelley Rink with a 7 p.m. faceoff against the Bobcats.