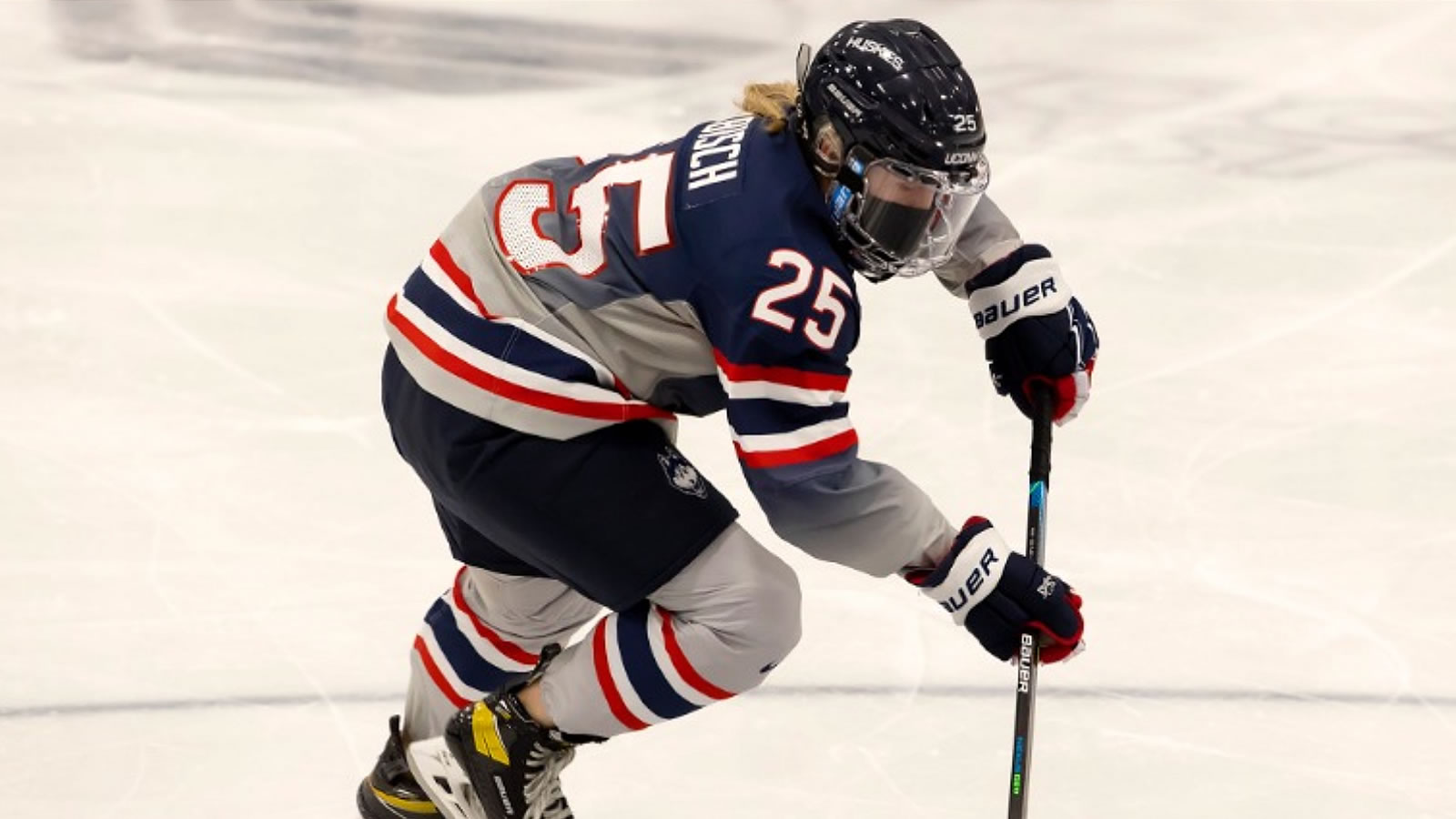 Bridgewater, Mass. - The University of Connecticut women's ice hockey team improved to 4-0 on the season with an overtime victory over Stonehill Saturday night.

UConn picked up right where they left off after last nights 7-1 victory. From the first puck drop, the Huskies were moving the puck and putting pressure on the Skyhawks defense. UConn would get on the bard first as sophomore Riley Grimley would net her first career collegiate goal to give UConn the early 1-0 lead. The Husky defense would do their part in the first period, as they would keep the Skyhawks scoreless and hold them to seven shots on goal.

Stonehill would use the momentum gained from the late second period goal and eventually tie the game late in third period. UConn would look to break the tie before the end of regulation but would be unsuccessful. Heading into overtime, UConn looked to regroup. Shortly thereafter, Jada Habisch would take matters into her own hands, as she would take the puck and fire a shot pass the goalie to end the game and secure the UConn victory.