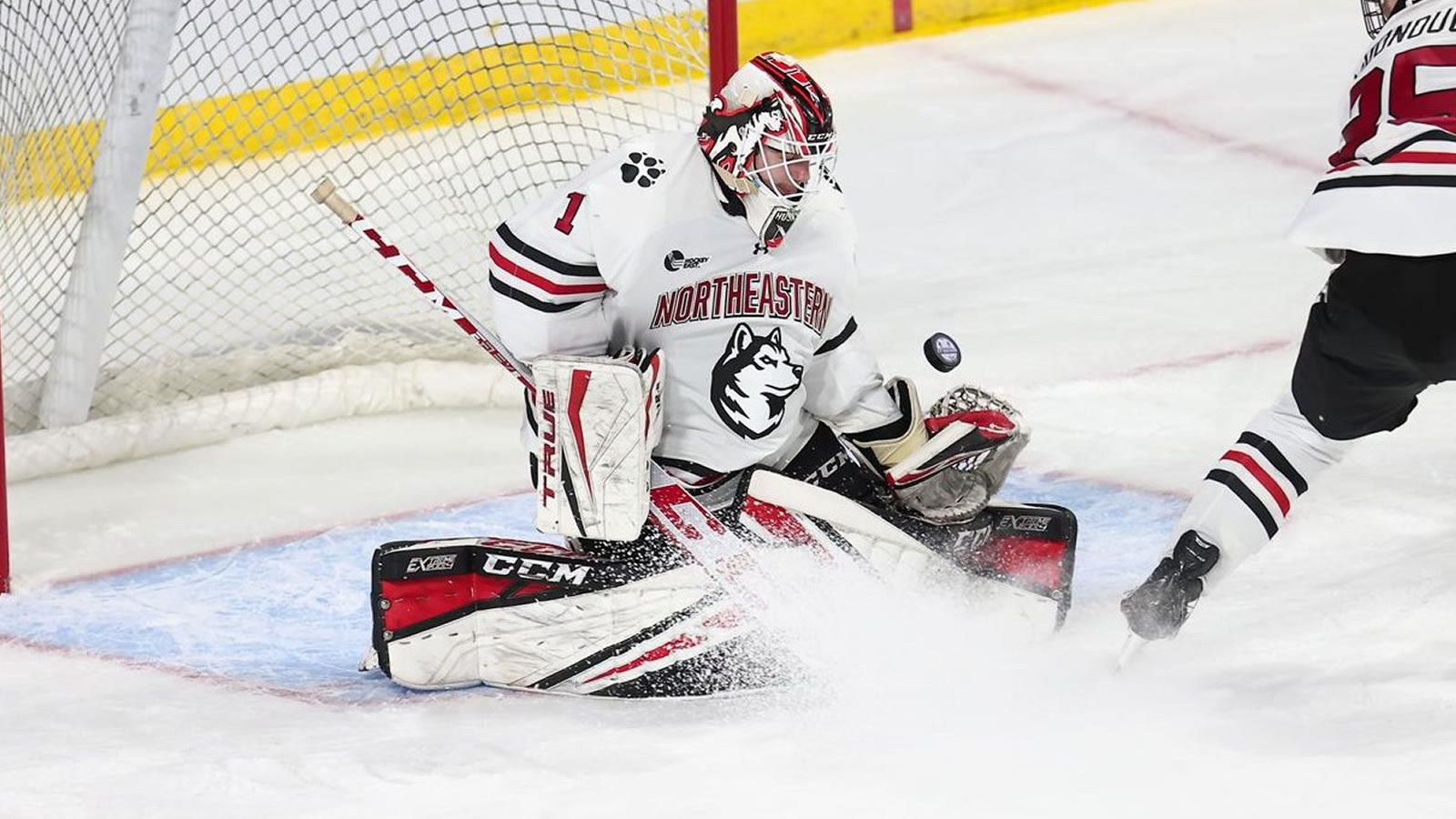 Junior goalie Devon Levi made 31 saves for the Huskies
Borgesi Scores in Overtime to Send Northeastern Past Long Island, 3-2
Freshman Vinny Borgesi scored at 1:16 of overtime for the Huskies

BOSTON, Mass. - Led by a posse of newcomers, the No. 8/9 Northeastern men's hockey team downed the LIU Sharks in overtime, 3-2, on Saturday night at Matthews Arena. The Huskies open the season with a 1-0-0 record.

- Early in the opening frame, Braden Doyle, with his first goal as a Husky, put Northeastern up, 1-0. As Matt DeMelis dropped the puck back, Doyle stepped up and fired one over the shoulder of the goaltender for the quick lead.

- Just as before, another first goal in the Northeastern sweater came for freshman Cam Lund as he broke the tie in the second period. Jayden Struble and Matt Choupani were credited the assists on Lund's goal.

- Despite tough efforts through the third, LIU was able to tie the game again and took the game to overtime. Through regulation, the Huskies outshot the Sharks, 44-33.

- Scoring his first career goal in fashion, the eventual game-winner came from Vinny Borgesi at the 1:16 mark for the win.

- Goaltender Devon Levi picked up his first win of the season to start 1-0-0. He finished off the night with 31 saves in the night's victory.

The Huskies are back on home ice next weekend for a pair against the University of Vermont.